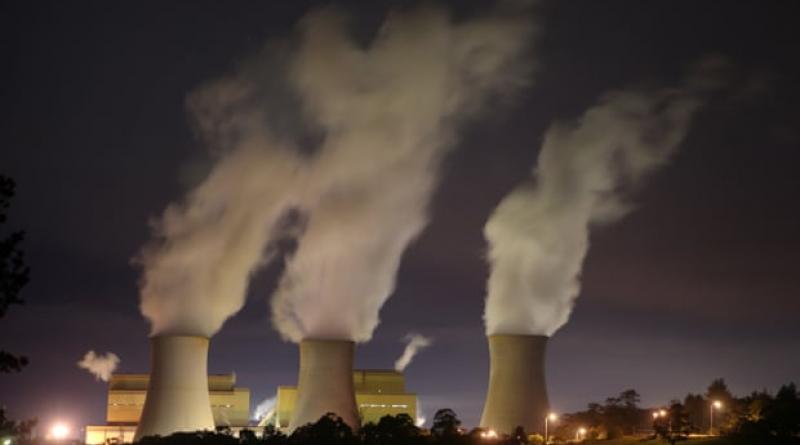 Shortsighted, illogical and dishonest arguments are holding Australia back – and condemning us to more brutal summers.

Australia’s unforgiving, unrelenting and unprecedented fires have demonstrated so clearly that the climate doesn’t recognise tricky “Kyoto carryover” accounting and doesn’t care for juvenile finger pointing at other countries.

With a warming climate, this brutal summer is a preview of what will become a regular occurrence in our lifetimes. More and more Australians realise that climate change is a clear and present threat.

Our only chance to maintain our standard of living, and our economy, is if all countries rapidly decarbonise. Many are committed to this, Australia is not. We cannot expect global progress if we ourselves aren’t prepared to at least pull our weight, let alone show any leadership.

Yet, we have a prime minister who looks into the camera and speaks to a people in survival mode and deep trauma and waves away our responsibility. He claims that we are responsible for just 1.3% of global carbon dioxide emissions, as if we are irrelevant.

Australia has never been irrelevant and we certainly aren’t now.

Even though Scott Morrison’s logic for climate inaction has been debunked many times, let’s do it again, for the sake of letting the PM, his climate denier cronies and fossil fuel lobby puppet masters know they will be held accountable for their lies and negligent inaction.

Australia is the 14th largest emitter out of 208 countries. If all countries with emissions under a “measly” 2% were lumped together we’d together be responsible for almost as much annual emissions as China and India put together.

The physics of the climate system doesn’t care about political boundaries. Does Germany not matter because it’s responsible for (slightly) less than 2%, or does it matter because it’s part of the EU, responsible for 9.4% of emissions? How about if we divide China into 56 countries of 25 million people, each with emissions half of Australia’s – would that let them off the hook?

Australia has the highest emissions per capita of all major nations. The average Australian has four times the carbon footprint of the average global citizen, significantly due to our unusually high reliance on coal for electricity, the poor energy efficiency of our vehicles and buildings and the high domestic emissions from coal and gas extraction and processing.

China and India haven’t yet peaked their emissions – unsurprising given their stage of development – but both are decoupling emissions from development such that their average citizen will never have the carbon footprint the average Australian has now.

The “too small to matter” argument is logically absurd, but it is also morally bankrupt and economically reckless.

We all know that throwing one piece of litter out the window wouldn’t ruin the environment, but if all did we’d soon be surrounded by rubbish.

How about voting? It is a foundation of our democracy that nobody’s voice is so small as to be meaningless.

So when did we become a nation of shirkers? We’ve always punched above our weight. A young Australia was immensely proud of the troops committed to the first world war, even though the Diggers comprised less than 1% of the Allied Powers. We are only 0.3% of the global population but are gutted whenever we’re not near the top of the Olympic medal tally.

Carbon accounting standards push responsibility for the coal and gas we export onto the final customers, but now that we understand the negative consequences of the associated emissions, the argument “if they didn’t buy from us, they’d buy from someone else” feels shamefully like the drug dealer’s defence. Including these emissions more than triples our carbon footprint.

Our prime minister claims we are doing our bit, however a close reading of thegovernment’s most recent projections shows that the Department of the Environment expects us to make no progress on reducing emissions through this decade – and that’s assuming the LNG sector doesn’t grow and that we reach 51% renewables in the National Electricity Market, which will be unwelcome news to at least a couple of ministers.

The projections also heroically assume that there are no methane leaks from the entire LNG sector, and while they give us credit for planting trees, preventing bushfires and protecting land from clearing, there’s no accounting for the massive emissions of the bushfires burning right now.

The UN Environment Program recently announced that global emissions need to reduce by 7.6% every year for a decade to keep warming below 1.5C. With no emissions reductions projected, it’s no wonder that Australia’s climate policies were recently ranked dead last among 57 nations.

Meanwhile, other countries are embracing the challenge.

In November I visited a cement factory in Belgium that is trialling a low-cost technology – originally developed in Australia – for decarbonising cement manufacture. Globally, the cement sector is responsible for around 8% of emissions, as growing developing countries urbanise.

In Essen, in Germany’s Ruhr Valley, I saw a technology that allows power-hungry aluminium smelters to operate well (and increase profits) in renewable-dominated grids. The technology was first developed in Gladstone and partly Australian-owned before being sold offshore.

In nearby Duisburg, I visited ThyssenKrupp, a major German industrial company with a commitment to net-zero carbon emissions by 2050. The company has embarked on an ambitious plan to decarbonise steel production, also responsible for around 8% of global emissions, with the ultimate goal of replacing coal with hydrogen. ThyssenKrupp is also developing technology to combine “waste” gases with “green” hydrogen – hydrogen produced with renewable energy – to synthesise chemicals such as methanol and ammonia, providing a pathway to lowering emissions from aviation and agriculture.

As these economies wean themselves off coal the demand for hydrogen will skyrocket. With the potential to harness vast quantities of low-cost renewable energy, Australia is well placed to become an energy superpower in a decarbonised global economy.

None of the major industrial companies I visited in Europe sees decarbonisation through a sacrifice lens. There’s no talk of “economy wrecking targets”. Rather, having accepted that the economy must be decarbonised, they are rushing to seize a competitive advantage.

Meanwhile, Australia is a world away, in every sense. A rich, talented, capable nation is being held back by a lack of honesty and a lack of imagination – a nation held back by the vested interests of those who profit from the extraction and sale of gas and coal.

Our prime minister is paralysed, unable to acknowledge that fossil fuel emissions are changing the climate, and that the changing climate is hurting Australians.

Until his government stands up to the vested interests and starts telling the truth, Morrison’s authority will shrink ever smaller – as will Australia’s position in the world and our nation’s future prospects.