2020 Could Be the Year Carbon Removal Takes Off. 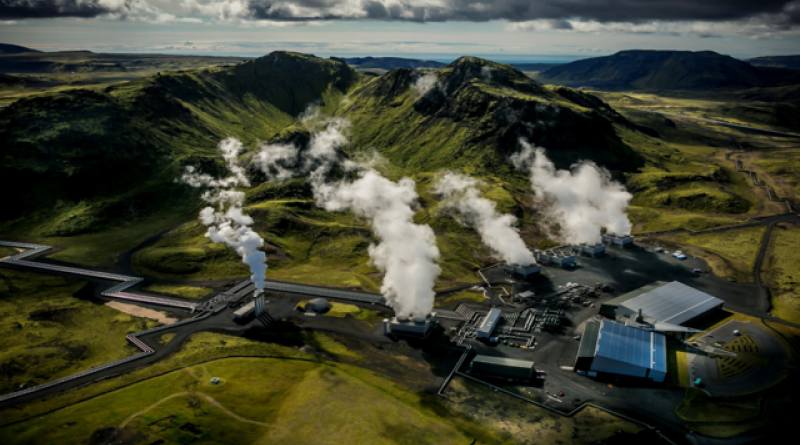 Global greenhouse gas emissions are on track to rise once again to their highest level in history. Our time isshrinking to reduce climate-warming emissions enough to limit global temperature rise to 1.5-2 degrees Celsius (2.7-3.6 degrees Fahrenheit) and avoid the worst impacts of climate change.

As the urgency of decisive climate action grows, so too has interest in removing carbon dioxide from the atmosphere. What was seen just a year ago as a“radical fix” is now increasingly recognized as a necessary tool to address the climate crisis, alongside rapid reductions in greenhouse gas emissions. Recent advances in policy, technology, and on-the-ground projects show that the field of carbon removal, including both nature-based approaches and cutting-edge carbon capture technologies, is quickly heating up. But how do we translate that momentum into decisive action in 2020?

Countries, states and companies around the world are setting net-zero targets—committing both to deep decarbonization and to scaling carbon removal to offset any emissions that may be too difficult to eliminate. Sixteen countries have now adopted net-zero targets: Bhutan, Costa Rica, Denmark, Fiji, Finland, France, Iceland, Japan, the Marshall Islands, New Zealand, Norway, Portugal, Sweden, Switzerland, the United Kingdom and Uruguay. Last month, European Union leaders agreed to slash the bloc’s emissions to net-zero by 2050. Subnational jurisdictions including California,Hawaii, and New York have also committed to achieving net-zero emissions, along with hundreds of private companies. Dozens of other countries are in discussions to create net-zero targets, while many more states and businesses are considering targets of their own. Many countries are also developing long-term climate strategies and enhanced climate commitments under the Paris Agreement this year. The push for net-zero emissions is poised to gain momentum in 2020 and could accelerate investment in carbon removal.

As a promising sign of continued innovation, U.S. House and Senate appropriators provided the first dedicated funding—$60 million—for carbon removal technology development at the Department of Energy, as recommended by the National Academies of Sciences. This is an important step forward, upon which Congress can build in years to come to scale up the most promising technologies and decrease the cost of carbon removal.

Federal policymakers have also been sparking innovation under our feet—in the soil that grows our food. The 2018 Farm Bill included a new federal grant program for on-farm innovation, which just awarded nearly $14 million to demonstration projects that will provide environmental, financial, and social data on the impacts of soil health practices like planting cover crops. Some of these practices can remove carbon from the atmosphere and sequester it in agricultural soils—but demonstration projects around the U.S. will be invaluable in determining exactly where and in what circumstances soil health practices can be net carbon-negative, which recent research suggests is harder to achieve than previously thought. Innovation in the private sector, where multiple start-up carbon markets for agricultural soils are testing new ways to measure changes in soil carbon, may also help researchers better define the links between soil health and carbon removal.

In January 2019, the California Air Resources Board revised their Low Carbon Fuel Standard to allow crediting for direct air capture plants. Acknowledging the global nature of climate change, this California credit is available to plants located anywhere in the world. Carbon Engineering, a direct air capture company, and Occidental Petroleum, an oil company, have since announced they will build what will be the world’s largest direct air capture plant, which would be eligible for the credit. Elsewhere, an online payment processing company, Stripe, committed at least $1 million annually to advance emerging carbon removal technologies. More companies will need to step up and invest in carbon removal—in addition to ambitiously reducing emissions—to demonstrate market demand for these technologies in 2020.

Nature-based carbon removal has also made headlines around the globe. The people of Ethiopia set a world record in July by planting over 350 million trees in 12 hours as part of Prime Minister Aiby Ahmed’s Green Legacy campaign. In India’s most populous state, Uttar Pradesh, a government-led campaign against climate change prompted citizens to plant 220 million trees in a single day in August. Combined, these efforts could remove 10 million tons of carbon dioxide per year from the atmosphere, based on IPCC data — equivalent to taking 2.2 million cars off the road.

As commitments to accelerate tree planting even further are stacking up fromgovernments and private campaigns alike, trees could remove even more carbon from the atmosphere in 2020 and beyond, but only if global deforestation and other causes of tree mortality don’t rise in lockstep with reforestation. To achieve real progress, policymakers must pursue tree-planting campaigns as part of a broader strategy to curb deforestation and make forests and communities more resilient to future climate change.

The conversation around carbon removal has intensified. But to stay on track to meet the Paris Agreement targets, public and private action to meet net zero targets needs to accelerate in 2020 and beyond, as laid out in recent landmark reports. Meeting these targets will require sustained investment in carbon removal. Many of the necessary technological solutions will take a decade or more before they can be deployed at scale and won’t be ready before mid-century without steeply increasing investment. Natural solutions are ready for deployment now but will require significant financial support to scale up. Will 2020 be the year that policymakers and private sector leaders step up to the plate and make the investments needed for carbon removal to truly take off?