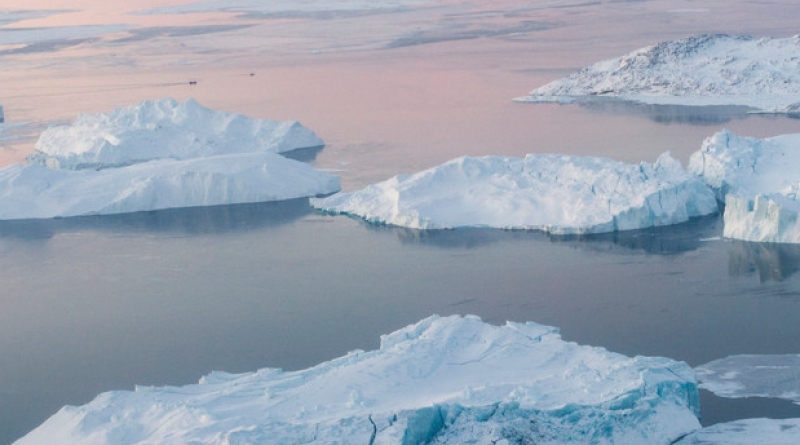 The world is currently on track for around a three degree temperature rise by the end of the century (Photo: United Nations Photo)

These include separate and individual targets to reduce greenhouse gas emissions by 2030, by 2035 or by 2040, and the overall goal to achieve climate neutrality by 2050 - where remaining emissions would be offset with equivalent removals.

Climate targets are, in principle, a good idea. But relying on dates decades into the future, with the belief in tech-induced salvation, minimises the sense of urgency needed now to reduce emissions.

And they have the convenient bonus that the politicians making the promises will not be the ones around to ensure they are met.

At the 1997 Kyoto summit, for example, countries pledged to reduce emissions to "a level that would prevent dangerous anthropogenic interference with the climate system".

But almost 25 years later, it is difficult to ignore the increase in heatwaves, floods, droughts, landslides and other noticeable weather events.

Back in the 1990s, technologies were expected to develop so quickly that they would be able to reverse fossil-fuel emissions.

But, over the years, this proved to be unfounded and illusory.

Now it has become more and more difficult for scientists to find viable socio-economic models, that avoid dangerous climate change, without including carbon capture and storage (CSS) or similar technologies.

However, its deployment is still extremely expensive, and a large-scale implementation requires CO2 transport and storage infrastructure, which has its own risks.

Over the last decade, the European Union has funded six such CCS projects, but they all failed.

In 2018, EU auditors concluded that the "intended progress" of CSS was simply not achieved in the past decade.

Earlier this year, EU commissioner for the Green Deal, Frans Timmermans, said the commission estimates that CSS has "a role to play towards climate neutrality" - yet "no significant deployment" of this technology is projected until 2030.

The Biden administration, for its part, announced on Friday (23 April) €62.1m in funding to engineering carbon capture projects.

CSS is repeatedly presented as a game changer for energy, but scientists still favour renewables to decarbonise this sector.

"The political, economic, social and technical feasibility of solar energy, wind energy and electricity storage technologies has improved dramatically over the past few years, while that of nuclear energy and carbon dioxide capture and storage (CCS) in the electricity sector have not shown similar improvements," reads a report of the UN's Intergovernmental Panel on Climate Change (IPCC).

Under the 2015 Paris Agreement, the first-ever universal and legally-binding climate accord, countries pledged to reduce their carbon emissions and halt global warming below two degrees Celsius, aiming to keep temperatures below 1.5 degrees Celsius.

But the world is currently on track for around a three-degree temperature rise by the end of the century.

People have witnessed not only the warmest years on record since 2015, but also the largest climate strikes in world history.

Last year was supposed to be the year of climate action - but the pandemic and the related economic slowdown has somehow overshadowed climate change as a priority.

The Covid-19 crisis, while challenging, has become a test for rich countries across the world, since the recovery has the potential to become a turning point, shifting investments from fossil fuels infrastructure to renewables and energy efficiency.

But governments also risk locking in levels of coal, oil, and gas production far higher than is consistent with the 1.5 degrees limit.

For a Paris-compatible scenario, it is estimated that global fossil-fuel production must decline by roughly six percent per year in the next decade, but current projections show an annual increase of two percent.

Another major issue is greenwashing - companies and governments giving a false impression of their environmental contributions.

But those responsible for finding an effective response to what is seen as the biggest challenge of the 21st century must listen to science to avoid "irreversible loss of the most fragile ecosystems, and crisis after crisis for the most vulnerable people and societies," the IPCC warned.

In 2020, sea ice in the Arctic was at record lows, and the average global temperature reached 1.2 degrees Celsius above pre-industrial levels - a figure dangerously close to the 1.5-degree Celsius limit advocated by scientists.

Seychelles Leader: No Time for 'Blame Game' in Climate Fight.