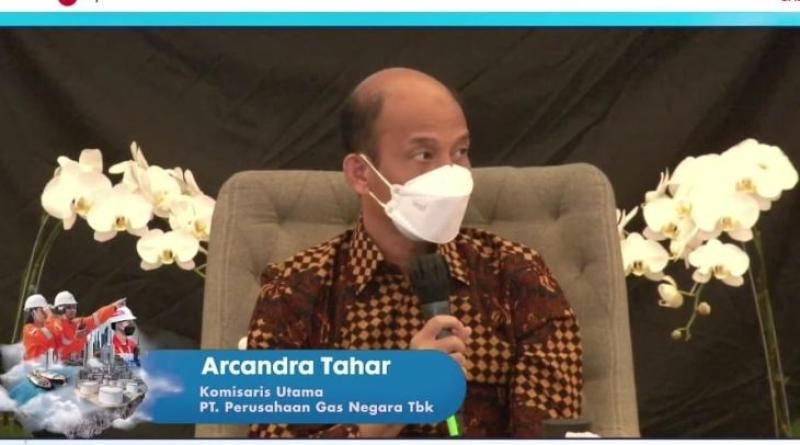 Europe still relies on intermittent renewable energy, derived primarily from wind and sunlight, he explained during the online PGN Energy and Economic Outlook 2022 on Wednesday.

"If we look at the data, energy mix renewable in Europe is only 14 percent, 15 percent is nuclear and the rest is fossil fuel," he highlighted.

The primary problem is that wind and solar are sources that can only produce energy when they appear, he said. This means that if there is no sun, then there is no energy, he observed. This also applies to wind, he added.

"Which is why storage or battery technology is required so that when it dies off, the technology could replace the missing energy," he explained.

Moreover, post-pandemic recovery has increased the need for energy, he said. The expected renewable energy would not be able to produce enough energy to fulfill this need, he added.

Considering this condition, coal-fired power plants, which have been retired since 2020, have to be revived, he said. Thus, gas supply from Russia to West Europe is expected to flow once more, he pointed out.

This condition is the opposite of Europe's commitment to realizing net-zero emissions faster, he said.

"If they want to revive coal, this would disrupt their net-zero target," Tahar affirmed.

This situation should serve as a valuable lesson for Indonesia, which has also committed to realizing net-zero emissions by 2050–2060 or faster, he opined.

Indonesia should utilize its local feature to meet cleaner energy requirements in the future, he said. One of the sources of energy that should be considered is geothermal, he added.

"Geothermal could function like coal, which could produce energy all the time. It does not depend on the sun nor the wind," he informed.

However, the cost for setting up a geothermal power plant is higher compared to coal, he noted.

"But in terms of greenness, it is a sustainable supply. Hence, one of the options is to develop geothermal (power)," he said.