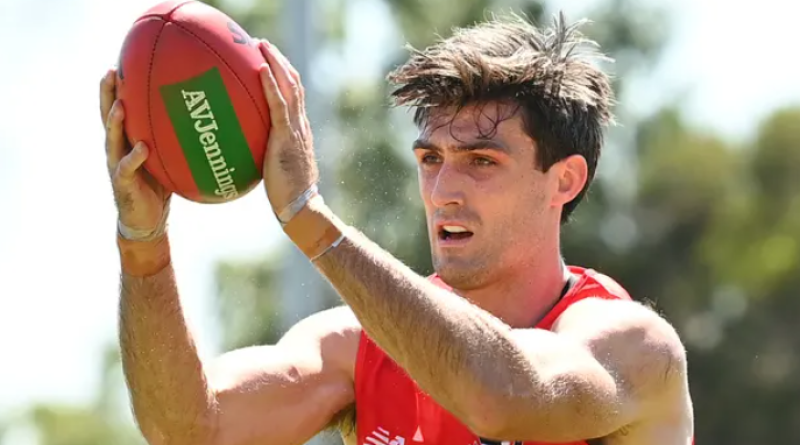 St Kilda AFL men’s player Tom Campbell has always been concerned about environmental issues. But it was the black summer bushfires of 2019/20 that spurred him to galvanise players into using their position and platforms to do something about climate change.

“The images we were seeing on TV of communities right around Australia being impacted by those extreme fires … and then, the very small impact that had on us as AFL players, forcing our training to be conducted indoors, that started the conversations amongst players,” he says.

When all 10 Victorian AFL clubs relocated to Queensland hubs for the 2020 men’s season, Campbell said players started talking openly about the impact of climate change on extreme weather and natural disasters.

“That experience of being connected and so close to so many players led to us forming this group of AFL Players 4 Climate Action (AFLP4CA),” he says.

That group now has more than 260 AFLM and W players, and is running its first in-person event with volunteers from the Australian Conservation Foundation (ACF) at Fitzroy Bowls Club on Thursday night.

“Football is played in communities right around Australia, from the city to country towns and rural places … football is often the lifeblood of communities,” he says.

“And I think we have a really great opportunity to use football to have a really genuine conversation to highlight the impact that climate change is having on communities around the country and also be part of the solutions.

The St Kilda player said the group wants to normalise climate action and remove it from being “something that is really politicised”.

“We definitely would love to chat to people from community clubs because as players at the elite level, we’d love to learn from people at grassroots about the issues that they face, so we can better support them,” he says.

The AFL has no official involvement in the initiative but a spokesperson for the organisation has said the AFL “fully supports player-led initiatives in raising further awareness and encouraging action on climate change”.

According to Campbell, a survey run by AFLP4CA of over 600 players found that 92 % were concerned about climate change and the impact that climate chance will have on the future of their game. “So, we know that AFL players are deeply concerned about this issue,” he says.

Paul Sinclair, campaign director at ACF, said sport has a tremendous opportunity to bring people together.

“Take AFL; there’s almost two million Australians who are involved in playing footy and we reckon they need to be part of a conversation about finding solutions to climate change because it impacts a game that they love,” he says.

How sustainable can football be?

The Tories are going all out to shut down protest. Just Stop Oil activists like me will not be deterred