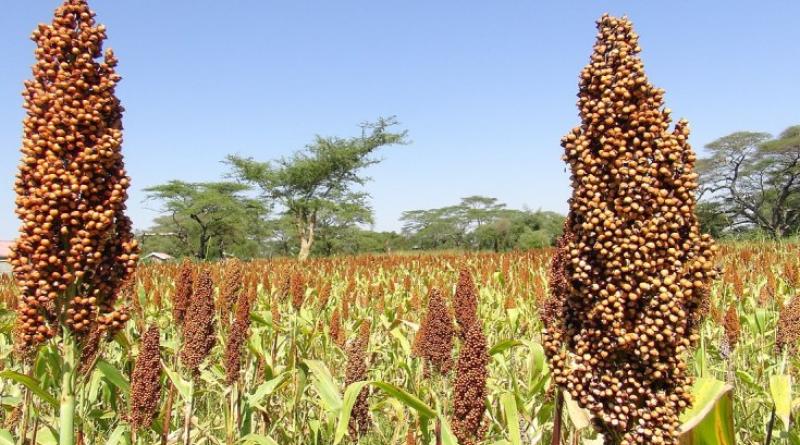 Harare — We all need to eat, but the global climate crisis is putting food production at risk. Due to the intense heat, harsh weather, and droughts, yield growth for wheat, maize, and other crops has been dropping and according to some UN estimates, worldwide yields might decrease by up to 30% by 2050 if significant adaptations are not made.

"Warming compounded by drying has caused large negative effects on yields in parts of the Mediterranean. Based on indigenous and local knowledge (ILK), climate change is affecting food security in drylands, particularly those in Africa, and high mountain regions of Asia and South America," read the report.

Then in 2021, a new study covering Angola, Lesotho, Malawi, Mozambique, Rwanda, Uganda, Zambia and Zimbabwe - was released by the International Fund for Agricultural Development (IFAD), the specialised United Nations agency which works to improve food security.

The study was pessimistic about the prospects in these countries as it looked at how rising temperatures and a decline in rainfall across eight Southern and East African countries are set to slash the production of important food crops in the region by 2050, adding that even when climate change produces improved rainfall, it will be too unpredictable to enable proper planning to take advantage of it.

"Temperature increases in the hottest months in all eight countries are predicted to be a full 2°C or more, and could reach as much as 2.6°C in some places. At the same time, rainfall is forecast to decrease by well over 20 mm in the driest months, and by more than 100 mm per year in the worst hit nations," the report says.

If this happens, it will have "a devastating impact on yields of staple and cash crops grown by small-scale farmers" in parts of the eight nations, IFAD adds.

"This could have a catastrophic impact on poverty and food availability unless there is an urgent injection of funding to help vulnerable farmers adapt how and what they farm."

In what IFAD portrays as "a worst-case scenario", the annual maize crop in a household in the Namibe province in Angola could decrease by 77% by 2050.

Two major setbacks that have made it worse are the combination of the Covid-19 pandemic and the the Russia invasion of Ukraine which, just like the climate crisis, have disrupted food supply chains.

The war, according to The Point, has led to a rise of food protectionism in the developing world as governments try to safeguard local supplies. Although the poorest countries are most vulnerable to surging food prices and shortages, wealthier economies aren't immune. Countries are restricting exports to cope with high prices that have been exacerbated by the war in Ukraine, the report says.

"Almost 10 million Britons cut back on food in April amid a cost-of-living crisis. U.S. restaurants are shrinking the size of their portions, while France has pledged to issue food vouchers to some households."

Recently, Malaysia declared a restriction on the export of chicken, alarming Singapore, which imports a third of its supplies from Malaysia. India has taken action to limit the export of wheat and sugar, Indonesia has restricted the sale of palm oil, and several other countries have imposed grain restrictions.

In April 2022, U.S. government officials are reported to have warned that many African countries will continue to face shortages and high food prices as long as Russia continues to wage war against Ukraine, from which Africa gets much of its wheat and cooking oil. Since Ukraine annually exports 40% of its wheat and corn to Africa, according to VOA, African wheat prices have risen because of shortages caused by the war.

Jobs and climate action are also top priorities of young people in Africa. Today, young people across Africa are battling an economic downturn caused by the Covid-19 pandemic. Even before the pandemic and the recent global rise in food prices, millions of Africans were hungry. But it could get worse if we don't act to limit some of the worst effects of climate change.

Otherwise the crisis will seriously impact employment across economic sectors and regions. The UN has already said rising heat due to climate change could lead to the loss of 80 million jobs by 2030, with poor countries worst hit. A temperature rise of 1.5C by the end of century could lead to a 2.2% drop in working hours - equal to 80 million full-time jobs - costing the global economy $2.4 trillion, according to projections by the U.N. International Labour Organization (ILO).

The latest State of Food Security and Nutrition report shows the world is moving backwards in efforts to eliminate hunger and malnutrition with the number of people affected by hunger globally having increased to as many as 828 million in 2021, an increase of about 46 million since 2020 and 150 million since the outbreak of the COVID-19 pandemic, according to a United Nations report. The report provides fresh evidence that the world is moving further away from its goal of ending hunger, food insecurity and malnutrition in all its forms by 2030.

Despite the enormous scope of the challenges faced there are people all over the continent who are creating new models for addressing these challenges.

The Gcwalisa store founded by Miles Kubheka, in Alexandra, a township in South Africa's Gauteng province, enables communities to buy basic staple nutritional food items through a 'weigh and pay' model. Kubheka launched Gcwalisa in 2021 after realising the essential need for affordable everyday products for people in low-income communities. The model allows customers to buy the number of everyday products that they need with the money they have available, so they can access these basic items when they need them and at the right price.

Just in March 2022, Heads of State, environment ministers and other representatives from 175 nations, endorsed a historic resolution at the UN Environment Assembly in Nairobi to end plastic pollution, and forge an international legally binding agreement, by the end of 2024. The landmark resolution addresses the full lifecycle of plastic, including its production, design and disposal.

When Covid-19 hit, the hard lockdowns showed people that being adaptable and flexible is key - this is how in 2020, a group of 12 young people developed the Skhaftin Bus, a mobile grocery store that provided low-cost food and promoted plastic-free shopping.

To achieve this, they converted a school bus into a mobile grocery store providing access to healthy food and promoting plastic free shopping for their community. They could drive it around, take it to markets, showing people how plastic free shopping works and how it can help to take care of the environment.The Skhaftin bus was more affordable than a regular store as customers could choose and pay for specific and smaller amounts of food and don't pay for packaging.

Kannemeyer Primary School took ownership of the Skhaftin Bus earlier this year. School principal Ridwan Samodien told Kfm 94.5 that the school will stock and maintain the bus while spreading the message about greener living.

Meanwhile, in Guinea, two entrepreneurs founded AquaFarms Africa to provide communities with cheap and nutritious food and expand aquaponics opportunities for young people throughout the continent. In partnership with Dare to Innovate and with the support of Vivendi and Bolloré, AquaFarms Africa has trained 30 Guinean women and youth to launch their own AquaFarms franchises to boost the local economy and promote agriculture, while creating jobs and wealth.

As climate change is disrupting weather patterns, leading to extreme weather events and unpredictable water availability, this has been one of many solutions as growing water scarcity looms over much of Africa and the world.

According to Nelson and Pade, aquaponics uses 16% of the water to grow 8 times more food per acre compared to traditional agriculture. All natural fertilizer source from fish waste which means there's no reliance on mined and manufactured fertilizers. It is efficient, sustainable and highly productive, and the produce is free of pesticides and herbicides.

Many will starve': locusts devour crops and livelihoods in Pakistan.