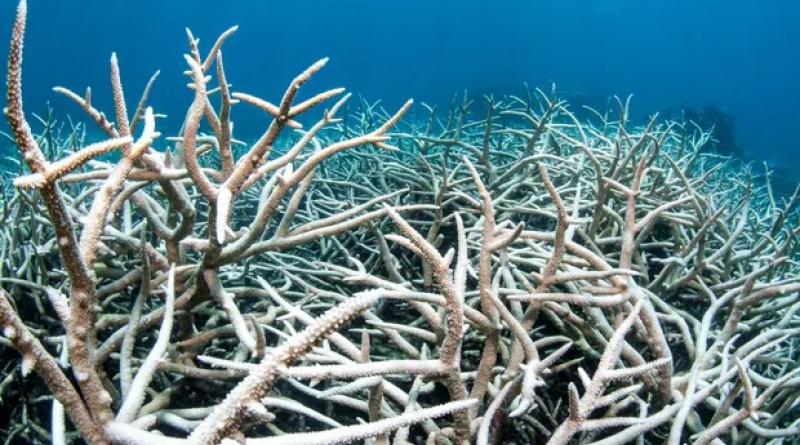 Almost no corals on the planet will escape severe bleaching once global heating reaches 1.5C, according to a new study of the world’s reefs.

Reefs in areas currently regarded as cooler refuges will be overwhelmed at 1.5C of heating, and just 0.2% of reefs will escape at least one bleaching outbreak every decade, according to the research.

The team of scientists from the University of Leeds, Texas Tech University and James Cook University used the latest climate model projections to confirm that 1.5C of global heating “will be catastrophic for coral reefs”.

Corals bleach when ocean temperatures are too high for too long. Algae that provide corals with much of their food and colour separate from the coral during heat stress.

Severe bleaching can kill corals, but they can recover from milder outbreaks if there are several years with no further heatwaves. The world’s oceans are heating due mostly to the burning of fossil fuels.

The study comes as the world’s biggest coral reef system, the Great Barrier Reef off Australia’s Queensland coast, is on the verge of another mass coral bleaching event.

In the study, the team analysed climate projections across all of the world’s shallow-water coral reefs, which constitute the vast majority of reefs and provide habitat, tourism revenue and coastal protection.

About 84% of the world’s corals exist in areas that are expected to bleach less than once a decade and are regarded as “thermal refugia”, the study said.

But the analysis suggests at 1.5C of global heating, only 0.2% of the area covered by reefs is in water cool enough to avoid bleaching at least once every five years – a frequency considered too short to allow corals to recover.

The only area to escape, the study claims, would be in a region of the east Indian Ocean in an area of natural upwelling of cooler water.

Even areas with strong currents that can protect corals from heat, such as those in Panama, Florida and the Lesser Sunda Islands in Indonesia, would be overwhelmed by the heat.

Associate Prof Scott Heron, a marine scientist at James Cook University and a co-author of the study, said coral reefs sustained a billion people around the world.

He said the study, published in the journal PLOS Climate, showed corals worldwide were at even greater risk from climate change than previously thought.

That meant it was crucial that conservation work continued on reefs to give corals a fighting chance of survival, he said.

“Until we reach the point where I can’t see a single coral, it isn’t too late.

“We have to keep pursuing our best practices to protect coral reefs. Real people rely on these reefs and that is a driver to keep gathering the best knowledge possible.”

Adele Dixon, lead author of the study and a PhD student at the University of Leeds, said corals in French Polynesia and southern Indonesia may be exposed to heat stress less frequently, and the study did identify a small number of “hope sites”.

“Corals in these locations, such as the eastern Pacific, may be better able to cope with temperature extremes,” she said.

But one prominent coral reef expert challenged the findings, and doubted the real world outcomes would be as catastrophic as the research suggests.