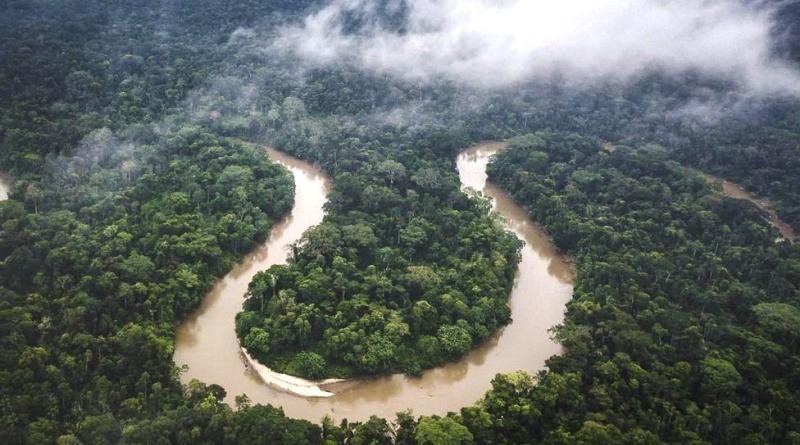 The Amazon rainforest is moving towards a "tipping point" where trees may die off en masse, say researchers.

A study suggests the world's largest rainforest is losing its ability to bounce back from damage caused by droughts, fires and deforestation.

Large swathes could become sparsely forested savannah, which is much less efficient than tropical forest at sucking carbon dioxide from the air.

The giant forest traps carbon that would otherwise add to global warming.

But previous studies have shown that parts of the Amazon are now emitting more carbon dioxide than can be absorbed.

"The trees are losing health and could be approaching a tipping point - basically, a mass loss of trees," said Dr Chris Boulton of the University of Exeter.

The findings, based on three decades of satellite data, show alarming trends in the "health" of the Amazon rainforest.

There are signs of a loss of resilience in more than 75% of the forest, with trees taking longer to recover from the effects of droughts largely driven by climate change as well as human impacts such as deforestation and fires.

A vicious cycle of damage could trigger "dieback", the scientists said.

And while it's not clear when that critical point might be reached, the implications for climate change, biodiversity and the local community would be "devastating". 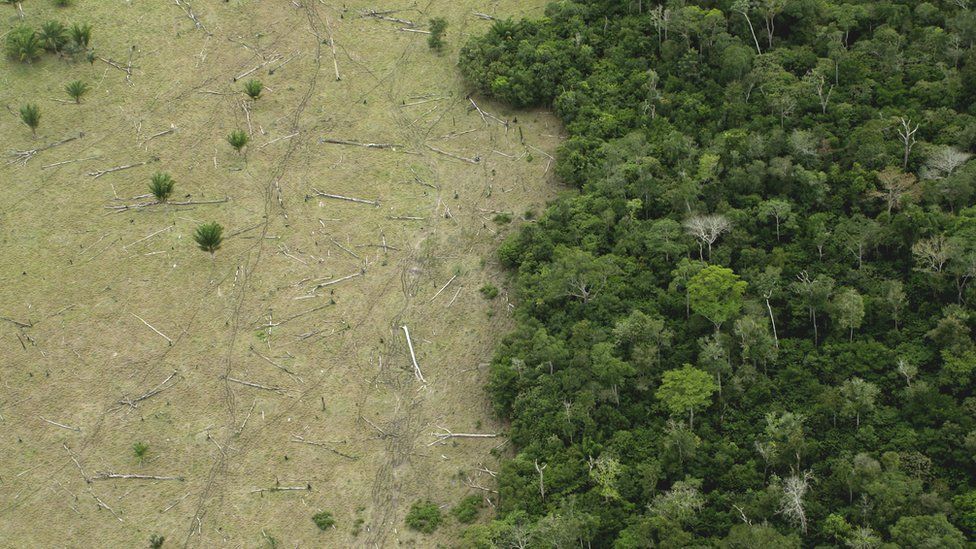 The more trees cut down, the less the forest can soak up emissions

Once the process begins they predict it could be a matter of decades before a "significant chunk" of the Amazon is transformed into savannah - a vastly different ecosystem made up of a mixture of grassland and trees.

"The Amazon stores lots of carbon and all of that would be released into the atmosphere, which would then further contribute to increasing temperatures and have future effects on global mean temperatures," Dr Boulton said, adding that stopping deforestation would go some way to addressing the problem.

Around a fifth of the rainforest has already been lost, compared to pre-industrial levels, they said.

The research was carried out by the University of Exeter, the Potsdam Institute for Climate Impact Research (PIK) and Technical University of Munich.

"Deforestation and climate change are likely to be the main drivers of this decline," said Prof Niklas Boers of PIK and the Technical University of Munich.

Commenting, Dr Bonnie Waring of the Grantham Institute - Climate Change and Environment, Imperial College London, said: "These latest findings are consistent with the accumulating evidence that the twin pressures of climate change and human exploitation of tropical forests are endangering the world's largest rainforest, which is home to one out of every 10 species known to science."