America's last wilderness is about to go to the highest bidder for oil drilling. 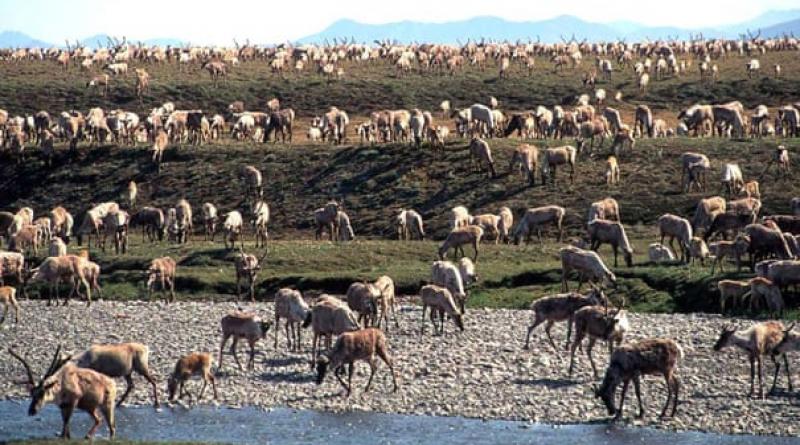 Ten thousand years of undisturbed nature will soon be open to the highest bidder, starting at $25 an acre.

Those who argue for oil drilling in the Arctic national wildlife refuge, a place of stunning wild beauty in far north-east Alaska, seldom call it what it is – a refuge.

Instead, they reduce it to an acronym: ANWR.

They talk about “opening it up”, as if it is closed. It’s not. It is public land. They talk about “exploring” for oil because that is what we do. We find stuff, dig it up, process it, sell it, then burn it or eventually throw it away. They talk about drilling in an “environmentally safe” manner without mentioning the hundreds of oil spills in Prudhoe Bay and along the Trans-Alaska Oil pipeline, including a 267,000-gallon spill that went undetected for days. They talk about America’s “can-do spirit”, and invoke President Calvin Coolidge, who said, “After all, the chief business of the American people is business.”

It’s a sales pitch fit for an auctioneer. Step right up …

On 6 January, the Bureau of Land Management, directed by the Trump administration, is scheduled to hold a virtual oil and gas lease sale – an “aggressive, competitive exploration and development program” – for drilling in ANWR. More specifically, in the 1.5m acre coastal plain, the refuge’s biological heart: the birthing grounds of the Porcupine caribou herd, the prime denning area for the Beaufort Sea population of polar bears (a threatened species, numbering only 900), and the breeding sites for birds that every year fly across oceans and continents to raise their young on undisturbed, flower-embroidered tundra.

Ten thousand years of natural beauty and balance – America’s last great wilderness – will soon be “open” to the highest bidder, beginning at $25 an acre. The winner could initiate seismic testing: shaking the earth with massive vibration trucks, awakening polar bears in their dens. If the testing shows a strong promise of oil (which is presently unknown), they may build an industrial complex of roads, well pads, desalinization plants, airstrips and pipelines, all tied into Prudhoe Bay, some 80 miles to the west. If not, the seismic testing alone will produce many scars visible for decades.

How can this happen? Easy. On the final page of the massive 2017 feed-the-rich federal tax bill, the Alaska senator Lisa Murkowski added oil and gas exploration as a “purpose” of ANWR. She and her Republican colleagues said it would pump significant revenue into the treasury, a claim which Taxpayers for Common Sense, a nonpartisan federal budget watchdog organization, has called “blatantly irresponsible and fiscally reckless”.

This is how beauty dies, how places change forever, how traditional ways of life disappear. All for money, in the absence of the sacred. “Why is it that the destruction of something created by humans is called vandalism,” the author Edward Abbey once asked, “yet the destruction of something created by God is called development?”

Months ago, when five major banks – JP Morgan Chase, Citigroup, Goldman Sachs, Morgan Stanley and Wells Fargo – announced they would not finance fossil fuel extraction in the Arctic refuge, the cheese came off the cracker of the all-Republican Alaska congressional delegation. Alaskan Republican politicians accused the banks of, in effect, discrimination. It was a desperate move made by oil addicts. The little-known federal Office of the Comptroller of the Currency then proposed a new rule to prevent financial institutions from refusing to lend to specific sectors in the name of “fair access”. Another desperate move, its folly obvious when Bank of America joined its brothers.

“Arctic refuge drilling makes zero sense in today’s reality of high oil market volatility and with every major US bank and many international banks unwilling to invest in risky, expensive Arctic oil projects,” Adam Kolton, the executive director of the Alaska Wilderness League, has said. “The administration is simply rushing to sell off one of the wildest places left on earth for pennies on the dollar before President-elect Biden takes office in January.”

Our fossil fuel economy is, in the long run, suicidal. But in politically conservative Alaska, where oil finances 85% of the state’s operating budget and every resident gets an annual oil dividend check, many people refuse to acknowledge this. They prefer a comfortable delusion to the hard truth. I know. I live here. The dividend check is no longer a gift; it’s an entitlement.

When the Intergovernmental Panel on Climate Change (IPCC) released a recent conclusion based on more than 600 peer-reviewed scientific studies, Elizabeth Kolbert, writing in the New Yorker, said, “The findings … were almost universally – and justifiably – described as ‘dire.’” We must cut our CO2 emissions in half by 2030, and leave 80% of all known oil reserves in the ground, unburned. If not, our planet will experience an estimated four-degree Celsius rise by 2100, just one lifetime from now, and become a hothouse Earth. Life will not end. But civilization as we know it will.

This November was the hottest ever recorded worldwide. A monster storm, generated by a warm North Pacific, slammed southern Alaska with record rains, flooding and landslides. Homes washed into the sea, taking lives. In the north, record hot summers have melted permafrost and released vast amounts of methane, a greenhouse gas with 80 times the warming impact of CO2. At some river mouths, unspawned salmon have died in unprecedented numbers.

On the other hand, the World Bank estimates that renewable energy will create three times as many jobs per-dollar-invested as oil and gas. Furthermore, a new study by the University of Alaska concludes that renewables will mitigate climate impacts that could cost the state of Alaska up to $700m annually.

For millennia, they have hunted caribou and picked berries, and told stories, and taught their children respect for all living things. To save the refuge, the Gwich’in have filed lawsuits with other Native groups, and visited major banks, dressed in their traditional attire. They speak with reverence, and know the ways of the caribou and wild Earth.

They know how to listen.