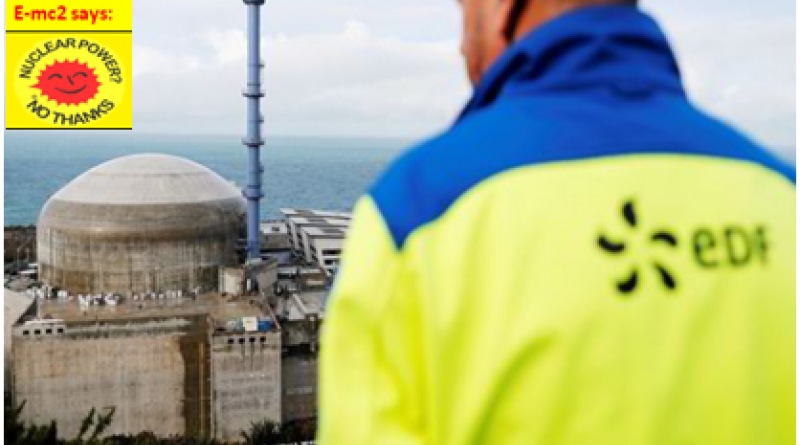 Labelling nuclear hydrogen as green is likely to cause irritation among countries without atomic power or exiting it.

French and Russian state-owned nuclear energy giants EDF and Rosatom have teamed up to develop low carbon hydrogen projects in Russia and Europe in order to decarbonise mobility and industrial sectors - but their labelling of H2 produced from nuclear power as ‘green’ is likely to cause irritation elsewhere in Europe.

As part of a strategic cooperation agreement signed last month, the hydrogen is slated to be produced both from nuclear power and from methane conversion linked to carbon capture and storage (CCS) technologies.

“We believe in the future of hydrogen as an energy source and in Russia's strong export potential in this field - especially considering its rich natural resources, technologies, industries and energy sector,” said Kirill Komarov, first deputy director general for corporate development and international business at Rosatom.

“Rosatom systematically develops carbon-free energy generation, and our projects aren’t limited by our extensive capacity in nuclear. … I am sure our collaboration with EDF will result in significant synergies and will enable us to conduct joint hydrogen projects, not only in Russia and France but also worldwide."

The two companies call the hydrogen thus produced ‘green hydrogen’ although nuclear hydrogen is often referred to as ‘pink hydrogen’ and fossil H2 linked to CCS is called ‘blue hydrogen.’ 'Green hydrogen' commonly is defined as H2 made from renewable power sources only.

Any massive use of nuclear hydrogen on an EU level is strongly opposed by countries without atomic power, or exiting it, such as Germany and Austria. Andreas Feicht, secretary of state in Germany’s economics and energy ministry, at a late-2020 virtual conference on hydrogen organised by his ministry stressed nuclear is not an option for Germany’s energy system or for the production of hydrogen.

The French government (backed by some Eastern European countries), by contrast, is trying to push nuclear hydrogen and wants it to be entitled for state support, which would be a way to use French or EU funds to help its highly-indebted nuclear utility EDF and give new life to its ageing nuclear fleet.

"EDF's raison d'être is to build a net zero energy future with electricity and innovative solutions and services, to help save the planet and drive well-being and economic development,” said Béatrice Buffon, group executive vice-president in charge of EDF’s International Division.

“The agreement with the Rosatom Group, our historical partner in Russia and one of the country's key players in the field of decarbonised hydrogen, illustrates EDF's desire to develop a new energy model with lower CO2 emissions wherever we operate."