Bah Humbug: Most of the World Will Never See a White Christmas. 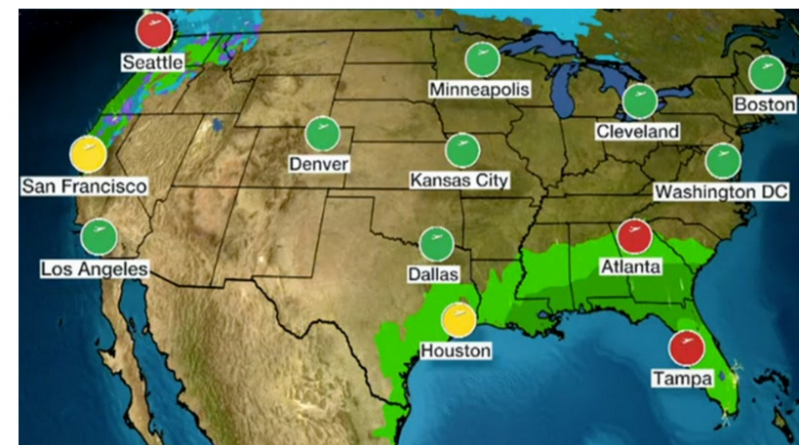 Many people dream of a white Christmas each year. Why else would Bing Crosby's "White Christmas" from 1942 be the best-selling single in the world?

But sadly, this dream will never come true for most places on Earth.

A large majority of the world's population typically spends Christmas Day above freezing, and many places often have temperatures warmer than 60 degrees, according to research by Brian McNoldy, senior research associate at the University of Miami Rosenstiel School of Marine and Atmospheric Science. The map below illustrates McNoldy's findings 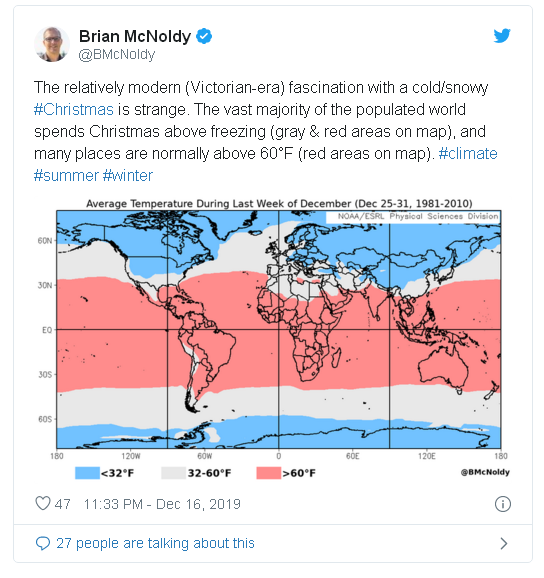 Those who reside between about 30 degrees north and 40 degrees south latitude, shaded in red, may be able to don T-shirts and shorts during the holiday week, since average temperatures are above 60 degrees during the last week of December. In the United States, that includes much of the Florida Peninsula.

Temperatures are usually between 32 and 60 degrees (gray shadings) as far north as about 40 degrees north latitude and as far south as about 60 degrees south latitude. This includes much of the southern tier of the U.S. and the West Coast.

Most of California outside of the Sierra Nevada will seldom if ever see snow on Dec. 25. This includes the setting for "White Christmas," which is actually "Beverly Hills, L.A." (as conveyed in the seldom-heard introduction to the song).

Snow on Dec. 25 Around the World

The book "A Christmas Carol," written by Charles Dickens and published in 1843, is often credited with popularizing the idea of a white Christmas. Dickens grew up in southeast England during the 1810s, the area's coldest decade in at least 300 years.

However, during the last 51 years, snow cover has been widespread in England on Dec. 25 just four times, according to the U.K. Met Office.

"White Christmases were more frequent in the 18th and 19th centuries, even more so before the change of calendar in 1752, which effectively brought Christmas Day back by 12 days," the office said. "Climate change has also brought higher average temperatures over land and sea and this generally reduced the chances of a white Christmas." 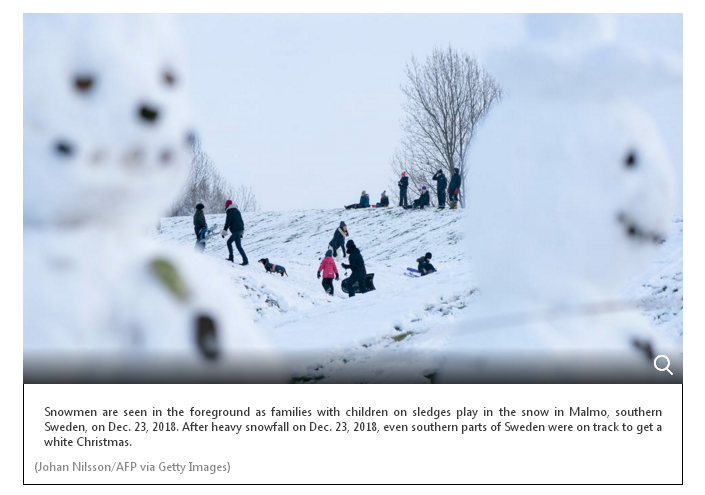 Today, much of the world's population is located south of about 40 degrees north latitude, where temperatures near or below freezing are unlikely on Christmas.

Of the world's 20 largest metropolitan areas, only three have at least a fair chance of snowfall or snow cover on Dec. 25: Seoul, South Korea, New York and Beijing.

It's even harder to find snow on Christmas Day south of the equator. In Africa, snow often falls the week of Dec. 25 atop Mt. Kilimanjaro. Such high peaks, including the Andes of South America, are the main locations where snowfall might be expected in late December in the Southern Hemisphere.

The ocean-dominated climate south of the equator makes it difficult-to-impossible to get snow outside of higher altitudes any time of year, but especially in late December.

One must go to Antarctica to find average temperatures that are below freezing in late December in the Southern Hemisphere. Most of Antarctica is covered with snow and ice, but the air is typically so dry and cold away from the coast that snowfalls tend to be light. In fact, Antarctica is technically considered to be the world's largest desert, with annual precipitation in most areas less than about 2 inches.

According to the Pew Research Center, about 60% of the world's 2.2 billion Christians live in the Global South, including large parts of Latin America, Africa and Asia. Outside of China, a white Christmas is unlikely to impossible in most of these areas.

In much of eastern Europe, northeast Africa and Russia, Orthodox Christians celebrate the holiday on Jan. 6 or 7. In areas that typically get winter snow, this timing raises the odds of a white Christmas slightly versus late December.

The Weather Company’s primary journalistic mission is to report on breaking weather news, the environment and the importance of science to our lives. This story does not necessarily represent the position of our parent company, IBM.