Be reassured: the world is not as divided as we might think 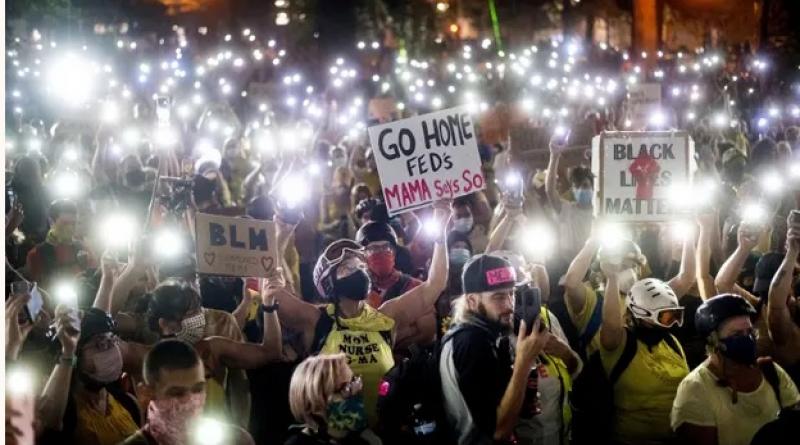 Beneath the public discord about BLM, the climate and feminism, there is surprising consensus about how the world should be

Today’s widely accepted narrative is that we live in historically divided times. Voters are routinely described as “polarised”, while analysts compete to identify the essential schism of the age, whether this is metropolitan versus traditionalist, people versus democracy or anywheres versus somewheres.

For a third year running, however, the YouGov-Cambridge Globalism Project supports a different interpretation: that extreme views are given greater visibility by social media, which in turn creates an especially dynamic climate of opinion – in that, for example, it can change quickly – but one whose underlying forces are defined more by cohesion than division. Released annually by the Guardian, the Globalism Project is an international survey and the largest of its kind on the public relationship with globalisation, produced by YouGov in partnership with academics at Cambridge University. Its findings have consistently challenged popular stereotypes of public opinion in this so-called polarised age.

It turns out, for instance, that there is no deep divide between the mindsets of “open versus closed” societies. In fact, few voters support radically open or closed societies, while most tend to favour varying degrees of continued integration with the wider world. Academic theorists of “authoritarian populism” may perceive a new, mass disdain for liberal pluralism, but we found little evidence of this in public sentiment. Instead, majorities around the world maintain a determined belief in the superiority of democracy, with little partisan difference on the issue.

Nor has modern society been overwhelmed by demographic schisms. When we compared those who feel generally more permissive or restrictive towards net migration, for example, we found some discernible patterns on average – between younger and older, metropolitan and provincial, graduates and school-leavers – but hardly to the extent of rival demographic blocs, or splintering, parallel societies.

This is not to doubt that many countries have experienced an intensifying atmosphere of partisanship over the past decade. Strange as it might sound, however, partisanship and substantial division on policy can be two quite different things, as the Guardian recently reported. For example, in Britain, most respondents who described themselves as either leftwing or rightwing said they dislike others for identifying with the opposite camp (87% and 73% respectively). The same kind of partisan divide extended to other labels of political identity: a majority of leftwingers considered themselves feminist (62%) while a majority of the right did not (70%); or on the subject of Black Lives Matter, most of the left were favourable (70%) while most of the right felt the opposite (69%).

Yet when it comes to opinions on underlying issues, a different picture emerges. The same respondents were next shown a list of three jobs – cleaner, nurse and politician – and asked if each one was more suited to either women or men, or equally suited to all genders. This time, overwhelming portions of the left and right agreed, answering “equally suited” for every job (94% and 89% for cleaner; 90% and 74% for nurse; 88% and 83% for politician). Majorities on both sides also shared the view that it is unacceptable for a man to whistle at a woman he doesn’t know in the street (85%, 58%), and that “promoting equality for women” should take some level of priority in modern society (98%, 88%). A similar pattern was evident for other progressive objectives of “combating racism of all kinds” and “moving the economy away from carbon-intensive industries towards greener alternatives”.

In other words, when we compare these groups by their attitudes to specific issues, rather than by markers of identity, we find a considerable amount of common ground, rather than polarised clusters of opinion or clashing visions of what contemporary society should look like. In political science, this is being increasingly recognised as the gap between “issue-based” versus “affective” polarisation, and supports a thesis that the latter is decidedly more prevalent than the former in numerous western publics.

Indeed, the study finds comparable patterns outside the UK, where notable levels of partisan antipathy coexist with significant overlap in views on gender and race equality and decarbonising the economy. This was found to be true among the rival voting camps of: Joe Biden versus Donald Trump in the United States; Emmanuel Macron versus Marine Le Pen in France; the Greens versus Alternative for Deutschland in Germany; the Left versus the Law and Justice party in Poland; Vox versus Podemos in Spain; and New Democracy versus Syriza in Greece.

This all hints at perhaps the most surprising – but also reassuring – finding of our research into populism and globalisation over recent years: that in countless areas of life, far from being poles apart, people tend to cluster somewhere in between – that is, they fall on a generally moderate “bell curve”. In fact, this newspaper spotted a similar pattern when it first unveiled the Globalism Project in 2019, namely that the study was remarkable for how most respondents seemed so, well, “normal”. Large-scale studies of IQ and personality tell a similar story – of a bell-curve distribution in which most of us are unexceptional, statistically speaking, and often share our strongest traits with the majority.

Social science researchers can be understandably keen to focus on what divides populations, or what marks out one type of person as being at odds with another. What is more striking is how much people tend to have in common, when you scratch beneath the surface of political labels and loyalties. Social media may be amplifying the role of identity markers in politics, but people are much more likely to agree than disagree on the underlying trends of what is acceptable behaviour, and what our priorities should be.

Reaching Zero Emissions by 2050 Could Save 74 Million Lives