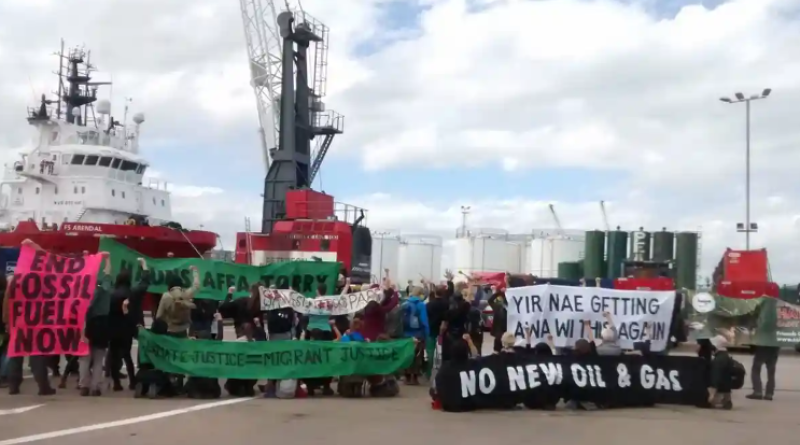 This week, major oil and gas companies reported 11-figure profits in the second quarter. At the same time, inflation has reached 40-year highs around the world and recessions loom. The obscene profits of the fossil fuel industry are jarring when set against the many households currently struggling to afford basic heating, cooling and food needs.

Today, high energy prices are one of the leading factors driving inflation, and those prices are getting embedded into every facet of daily life, most obviously at the gas pump but also in delivery costs that affect everything from produce to paper towels.

Meanwhile, ExxonMobil quadrupled last year’s figures with $17.85bn. Shell beat its previous quarterly high with $11.5bn. Chevron rolled in with $11.62bn in reported profit. This comes in the wake of new analysis last week that calculated $2.8bn a day in pure profit for the oil and gas industry for the last 50 years.

These companies have tried to temper criticisms that these profits are at the expense of consumers. In a statement, Chevron’s chief executive, Mike Wirth, said: “We more than doubled investment compared to last year to grow both traditional and new energy business lines … Chevron is increasing energy supplies to help meet the challenges facing global markets.”

Wherever that doubling in investment is going, it is not being put toward renewable energy that would alleviate the global disruption the world sees today from high energy prices and decarbonize the energy grids, which are critical for meeting climate goals. In 2018, fossil fuel companies spent only 1% of their budgets on green energy.

We need a rapid deployment of renewables. Solar and wind power technologies are already market-ready and cost-competitive. Even when taking into account environmental safeguards, land constraints and technical feasibility, solar and wind energy alone could power the world more than 50 times over, meeting the energy demands of every person in every region of the world.

These record profits are salt in the wound when we’ve seen that fossil fuel companies have successfully lobbied G20 governments for $151bn within Covid-19 recovery packages on top of their profit. They also spend nearly $200m a year lobbying to delay, control or block policies to tackle climate change. In Canada alone, the oil and gas industry is currently lobbying for $50m in government largesse for carbon capture on its own projects, a false solution in the urgent need for climate action.

We can’t rely on the fossil fuel industry to break business as usual, especially one that delivers unthinkable profits for the industry while the rest of us reel from the ripple effects of high fuel prices. That’s why there is an urgent need for a Fossil Fuel Non-Proliferation Treaty to end the expansion of oil, gas and coal, phase out existing production to limit warming to manageable levels and accelerate a fair energy transition where wealthy, fossil fuel-producing nations lead and support other countries so there is affordable, clean energy from sun, wind and water for everyone.

Fossil fuel projects will not secure any part of $8.5bn just transition funding