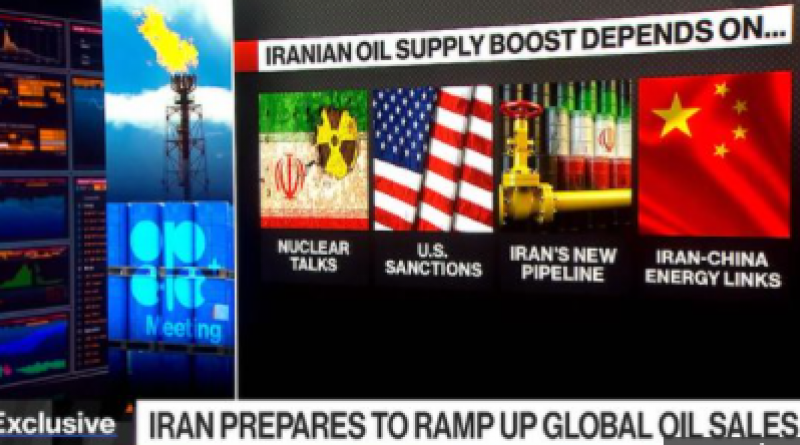 The oil and gas industry is set to boost investments in clean energy this year, but that still won’t be enough to put the world on a path to limit a dangerous rise in global temperatures.

That’s the view of the International Energy Agency, which expects traditional fossil-fuel companies to increase climate-friendly investments to at least 4% of their capital spending, up from just 1% last year, according to a report Wednesday.

The figure underscores both the rapid pace that investment is tilting toward low-carbon sources as well as the scale of the challenge. The IEA said earlier this year that the world needs to stop development of new oil and gas fields as well as coal mines to limit global temperature increases.

“Much greater resources have to be mobilized and directed to clean energy technologies to put the world on track to reach net-zero emissions by 2050,” said Fatih Birol, the IEA’s executive director. “The rebound in energy investment is a welcome sign, and I’m encouraged to see more of it flowing toward renewables.”

Overall, the IEA expects global investment in energy to reach $1.9 trillion in 2021, a nearly 10% gain that will almost make up for the decline caused by the fallout from the start of the Covid-19 pandemic last year. Spending on power generation will increase about 5% this year to a record of more than $820 billion globally. Renewable power sources including solar and wind will make up about 70% of new capacity.

Despite the pressure to cut emissions, the IEA expects less than 45% of global investment in the sector to go toward clean energy. That includes spending on renewables, transmission infrastructure, nuclear power, batteries, carbon capture and energy efficiency. Investments in clean energy need to more than triple this decade to maintain the possibility of limiting warming to 1.5 degrees Celsius. 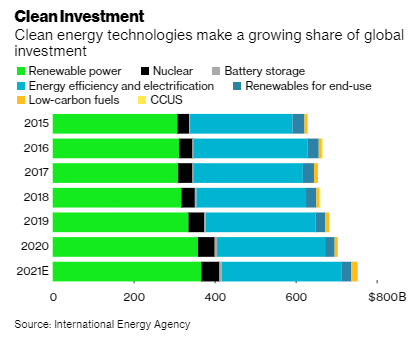 As more pressure comes on private companies to limit their climate impact, state-owned businesses will make up a greater proportion of fossil-fuel investments, the IEA said. Much of the shift that’s set to lead oil and gas companies’ overall investments in clean energy is driven by European firms that have been under the most pressure to cut emissions.

— With assistance by Akshat Rathi

‘Black Wednesday’ for big oil as courtrooms and boardrooms turn on industry.