‘Black Wednesday’ for big oil as courtrooms and boardrooms turn on industry. 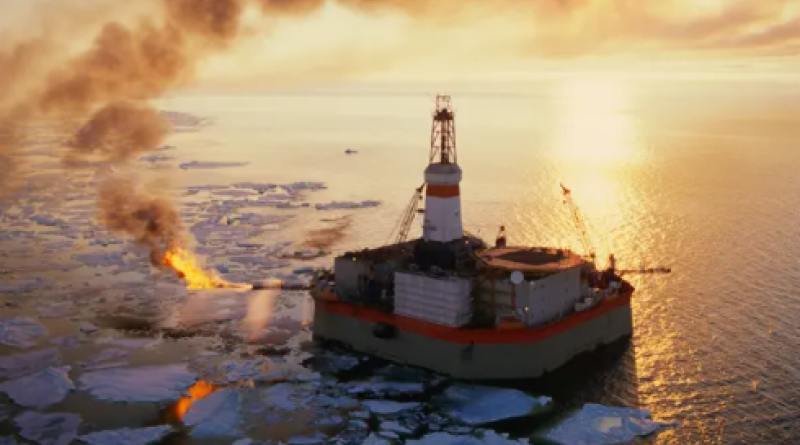 Campaigners sense turning point as shareholders, boards and The Hague act to force Chevron, ExxonMobil and Shell to cut pollution.

The world’s patience with the fossil fuel industry is wearing thin. This was the stark message delivered to major international oil companies this week in an unprecedented day of reckoning for their role in the climate crisis.

In a stunning series of defeats for the oil industry, over the course of less than 24 hours, courtrooms and boardrooms turned on the executives at Shell, ExxonMobil and Chevron. Shell was ordered by a court in The Hague to go far further to reduce its climate emissions, while shareholder rebellions in the US imposed emissions targets at Chevron and a boardroom overhaul at Exxon.

“There is no doubt that this week’s news has been not so much a shot across the bows as a direct hit to the hull of Big Oil,” says Mark Lewis, the chief sustainability strategist at BNP Paribas Asset Management. “They will have to recognise now that no amount of patching up the hole will do; shareholders and society want the vessel completely overhauled.”

For climate campaigners, the oil industry’s “Black Wednesday” marked a turning point in the financial and legal consequences awaiting oil companies that do not act fast to take accountability for their role in preventing a climate catastrophe.

“It was honestly a really emotional moment,” says Jasper Teulings, the former general counsel for Greenpeace International. The ruling by the Dutch court ordering Shell to cut its emissions by 45% within the next 10 years “shifts the debate” and could influence courtrooms across the globe, he told the Guardian.

“It makes clear that the onus is on the industry to act, and that it can be held accountable to take very specific steps. It’s very relevant in legal terms because the ruling was very pure in its demand: it’s not about money, it’s about conduct. It was astutely reasonable,” he says.

The basis of the case, brought by Dutch climate campaigners at Milieudefensie, was rooted in norms derived from elements of human rights law and the UN’s Guiding Principles, which have “near-universal application” and could be used in cases against other major polluters.

“We’re seeing a convergence of issues because, really, climate issues are human rights issues. I don’t see any reason why these [arguments] won’t be replicated elsewhere. Polluters can expect to see their day in court,” Teulings says.

Shell has said it will appeal against the “disappointing” ruling, which calls for the company to align with the emissions targets set out in the Paris Climate Agreement. The decision could lead to years of legal wrangling and prove profoundly damaging to Shell’s reputation.

“If they truly believe their strategy aligns with Paris, then there should be no problem complying with the court’s demands,” says Teulings. “Shell’s decision to appeal is therefore irreconcilable. Therein lies the lie.”

The court ruling will force Shell to slash at least a million barrels of oil and gas from its fossil fuel production every day, at a cost of several billion dollars a year, according to oil industry analysts.

Biraj Borkhataria, an analyst at RBC Capital, says: “To put this simply, this aggressive shift would have meaningful cashflow implications for Shell.” He estimates that the sharp cut in fossil fuel production could cost Shell $6bn a year.

Increasingly, major institutional investors are also growing concerned over the cost of failing to act on the climate agenda. It marks the clearest sign yet that climate action is being treated as a major financial risk as well as an environmental one.

Exxon shareholders, including investment giants BlackRock and Vanguard, voted to oust at least two of the oil giant’s board members in favour of candidates put forward by Engine No 1, an activist hedge fund founded less than six months ago, for failing to take the transition to low-carbon energy seriously.

At Chevron, more than 60% of investors voted in favour of a climate resolution from Dutch campaign group Follow This to force the company to reduce its emissions.

Eli Kasargod-Staub, the executive director of Majority Action, a shareholder group, said, after the twin US rebellions, that “for the first time in history, responsible shareholders have breached the walls protecting recalcitrant boards of directors”.

“The ExxonMobil challenge is only the beginning of a reckoning for board directors who fail to make measurable progress towards decarbonisation and protecting long-term shareholder value,” Kasargod-Staub added.

Among the fossil fuel industry’s largest institutional investors, concern is weighted far more heavily towards the potential destruction of long-term shareholder value than the destruction of the environment. But they do expect executives to take a defensive stance against the risks of a greener world – which means investing in the green technologies of the future.

Within days of the oil industry’s ‘Black Wednesday’ reckoning, credit rating agency Moody’s warned that the credit risk of major oil producers had increased. The convergence of financial risk with the long-held concerns of climate activists could prove to be a crucial tipping point against climate action cynics.

This overlooks the endemic climate concerns taking hold in the financing of the fossil fuel sector, says Mike Coffin, a researcher at financial thinktank Carbon Tracker. Climate activist pressure “will be felt by the banks which finance these projects” and by the insurers that underwrite the risk. No matter which company is hoping to drill for oil, it will be viewed as a riskier prospect and capital will be restricted, he says.

The flow of capital once destined for fossil fuels into sustainable investments may even help hasten the inevitable trajectory of lower oil demand and dwindling market prices, which could force oil-producing countries to rethink their state investments too, Coffin says.

For longtime campaigners including Teulings, the compounding implications of the climate victories of the last week offer a rare opportunity for optimism.

“Anyone who cares about the climate has felt times of panic, and despair, and helplessness. The ruling is a beacon of hope,” he says. “Perhaps that’s the biggest impact; beyond the legal impact, and the concrete impact on carbon emissions, the ruling offers hope. It’s what we’ve been waiting for.”