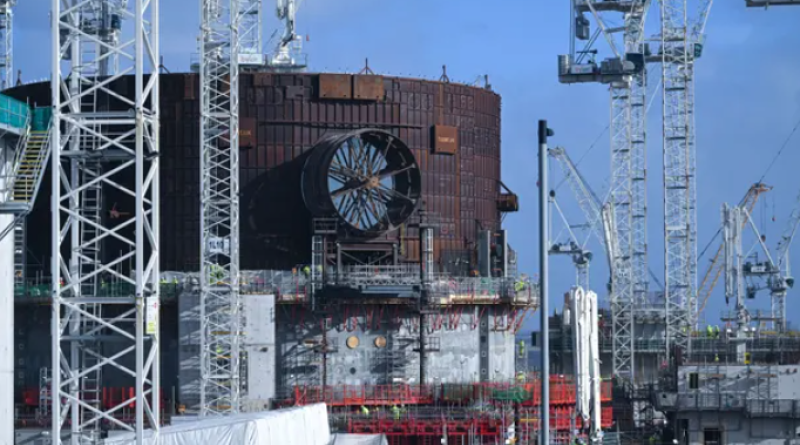 The boss of Hinkley Point C has blamed pandemic disruption after admitting the new nuclear power station will start operating a year later than planned and will cost an extra £3bn.

French energy company EDF said the first reactor unit at the Somerset site is now scheduled to start operating in June 2027, a year later than planned, with costs estimated between £25bn and £26bn.

EDF said this would not affect the cost to British consumers or taxpayers. The costs will be met by EDF and China’s CGN, which is a junior partner in the project.

In 2007, the then EDF chief Vincent de Rivaz predicted that by Christmas in 2017, turkeys would be cooked using atomic power from new reactors at Hinkley. When the project was finally given the green light in 2016, it was estimated to cost £18bn.

EDF said it had lost more than half a million days of critical work in 2020 and 2021 as the pandemic had forced a reduction in the number of workers allowed on the site.

Stuart Crooks, the managing director of Hinkley Point C, said in a message on Thursday evening: “You will all have experienced the severe impact of Covid-19 on the project over the last two years. You will remember how we suddenly had to cut numbers on site from more than 5,000 to about 1,500.

“For many months after that, we remained far below our plan for site numbers as our ability to fully ramp up activity was thwarted by the need for measures to prevent infection.

“Keeping workers safe with social distancing in canteens, buses and at work meant we had no choice but to become less efficient. In civil construction alone, having fewer people than planned means we lost in excess of half a million individual days of critical work in 2020 and 2021.

“Our supply chain was also hit hard and is still impacted now. In April 2020, 180 suppliers were fully shut down, but even as late as February this year, more than 60 suppliers were operating with reduced productivity due to Covid.”

Crooks said that in January 2021, EDF estimated a six-month Covid impact, assuming an imminent return to normal conditions, but the second wave of Covid-19 stopped that happening.

“In total, the start date for Unit 1 has gone back 18 months since construction started in 2016. In such a complex project, it wouldn’t be credible to say we can measure exactly how much of this is due to Covid-19 impact, but it is clearly in excess of 12 months.”

The delay comes weeks after Boris Johnson pledged that one new nuclear plant a year would be built in the UK. He said nuclear power was “absolutely crucial to weaning us off fossil fuels, including Russian oil and gas,” during a visit to Hartlepool’s nuclear power station.

There are six nuclear power plants in the UK, which provide about 16% of the country’s electricity.

EDF has also seen rising costs at its Flamanville 3 plant in France, which is more than a decade behind its original schedule. Three stations will retire by March 2024, and all but one will retire by 2028.

The energy giant hopes to construct another nuclear plant at Sizewell C in Suffolk using the same technology as at Hinkley Point. Last week, a decision on whether to grant the plant planning permission due this month was delayed until 8 July.

Shares in EDF fell this week after it issued a profit warning due to outages at its nuclear power plants.