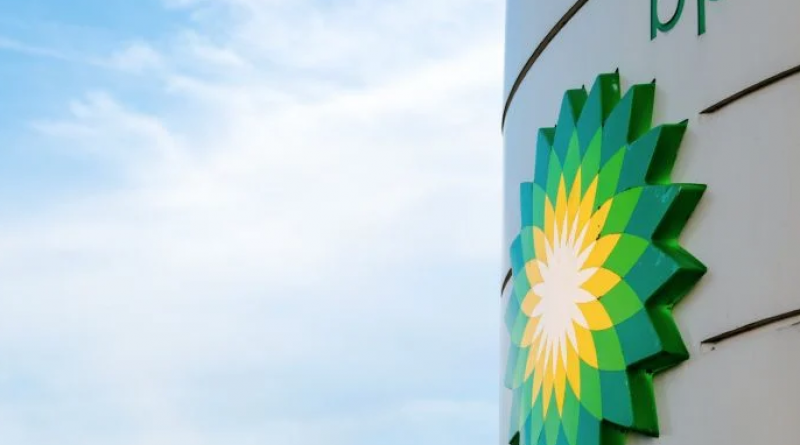 The oil supermajor lays out further details on its path toward net-zero, keeping ahead of its fossil fuel rivals in its energy transition ambitions.

BP will cut its oil and gas output by 40 percent by 2030 and increase its low-carbon investment tenfold by then, the company announced Tuesday as it begins to detail its 2050 net-zero strategy.

BP is now targeting 50 gigawatts of renewables capacity by 2030, an ambition that puts it on a level with French utility giant EDF. BP's renewables target includes a 20-gigawatt goal by 2025, up from the 2.5 gigawatts it has today.

“We’re moving earlier, we’re moving faster, we’re moving further and more decisively," BP CEO Bernard Looney said on a conference call. "The world is in a different place now because of COVID-19 and so are we. The more we understand about the consequences of the global economy and the inevitable uncertainty, the more convinced we are that the strategy we laid out on 12 February is the right one."

BP's new net-zero details were revealed alongside a permanent halving of its shareholder dividend, a quarterly loss of $16.8 billion, and oil and gas exploration write-offs of $6.5 billion.

Shares in BP were up as much as 8 percent on Tuesday morning.

“If ever there was a moment to reset, this was it,” said Luke Parker, vice president of corporate analysis at Wood Mackenzie.

“Several factors have converged to make it possible: coronavirus and everything that comes with it; a strategic pivot to net-zero on the horizon; Shell’s dividend reset; a new leadership with credit in the bank. Our view is that BP has taken the prudent course of action," Parker said in a note. 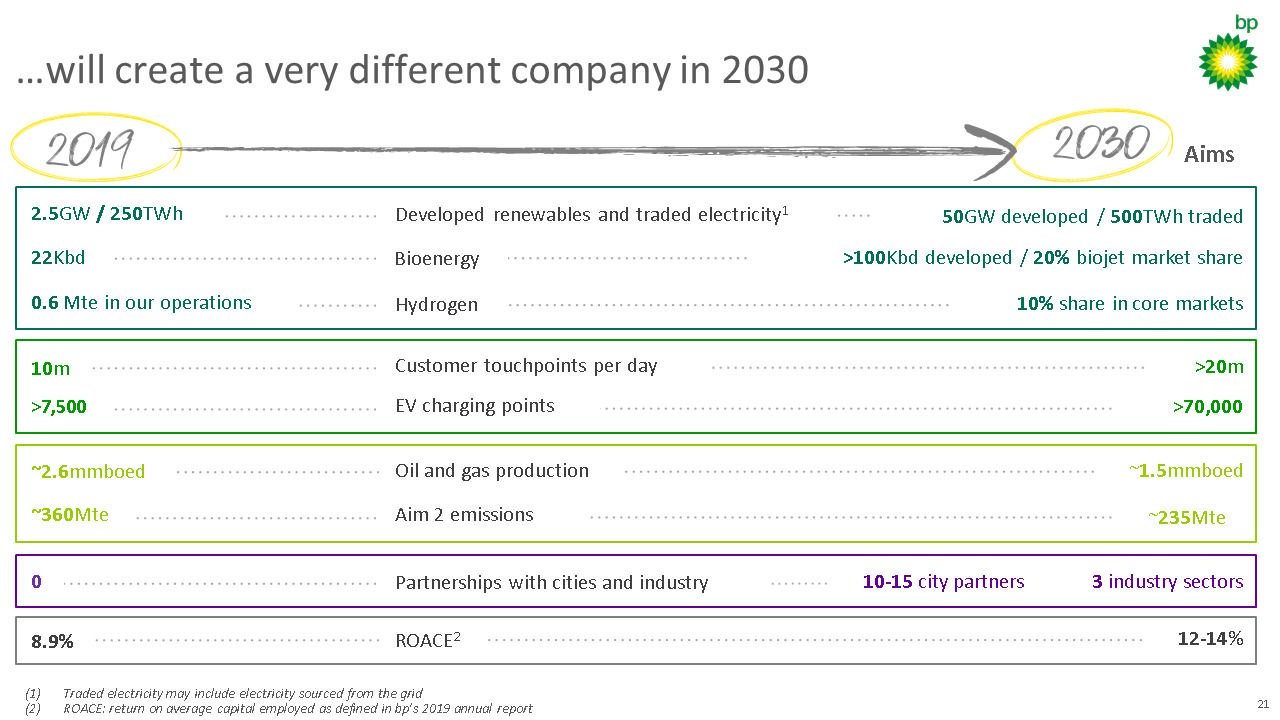 Firm power-purchase agreements: How BP plans to get oil-like returns from power

Under questioning from financial analysts, BP CFO Murray Auchincloss sought to allay fears over the size of the returns possible from renewables, using offshore wind as an example.

“Returns are something people are quite worried about. We’re not,” Auchincloss said, adding that public wind auctions had a “wall of cash coming at them.”

“You’ll see people bidding with 5 to 6 percent returns. By the time you stick a PPA...on that, and by the time you lever it, there’s so much debt willing to do these things, you get to 8 to 10 percent,” Auchincloss said.

“We think we can do things differently. We think the power of integration from our trading organization is awfully good. We can take the offtake, package it with natural gas and solar, sell clean energy with guaranteed flow and at a fixed price if they want. We can hedge it for them and play around with currency if they want. By doing that, we think the returns go well into the double-digit range,” Auchincloss added.

Looney added that BP is not doing renewables for the sake of it or for the “spin,” but rather to create the integrated offering of “firm, clean, affordable” power — a further indication of how BP’s activity in the power sector could look.

In 2000, BP launched its 'Beyond Petroleum' campaign and began investing in wind and solar. Momentum dropped after the departure of Lord Browne as CEO in 2007. The company divested from solar in 2011 and wind in 2013.

A big future for Lightsource BP

BP's new 2030 targets offer important clues as to how it will invest over the next decade.

BP officials said the company will add gigawatts with the right rate of return and won't simply add them for the sake of growing the volume. Capacity growth could be done through acquisitions but Looney said that is not “front of mind” in strategic planning.

BP will grow its electric vehicle charging points from 7,500 today to 70,000 by 2030. It also wants to build 10 to 15 “energy partnerships” with major cities and across three core industries, supplying the power in-house where possible.

Bioenergy production will be increased fourfold to 100,000 barrels per day, and BP wants a 10 percent market share in the hydrogen economy in each country where it will be active. BP’s hydrogen strategy will include both green and blue varieties, with heavy transport a focus in the U.S. and exports in Australia.

BP has been upfront about the ongoing role of fossil fuels in its long-term plans. To reach net-zero, it will use carbon-capture technology and natural climate sinks such as forests to offset the emissions it can’t eliminate. The company has moved further on its net-zero planning than any of its competitors, but critics continue to look for a faster shift away from fossil fuels.

Mel Evans, senior climate campaigner for Greenpeace U.K., called Tuesday's announcements a "necessary and encouraging start" but said there is still much more to do. “Slashing oil and gas production and investing in renewable energy is what Shell and the rest of the oil industry need to do for the world to stand a chance of meeting our global climate targets. BP must go further and needs to account for or ditch its share in Russian oil company Rosneft,” Evans said in a statement.

BP's Chierchia stressed the importance of the role fossil fuels would have in paying for the company’s pivot to a low-emissions future. “Hydrocarbons are a key part of the strategy; they enable the strategy. They’re likely to be the key source of earnings in the coming years,” she said.

BP has now provided many — though by no means all — of the details critics demanded in February. Wood Mackenzie’s Parker says the new strategy is significant.

“We said back in February that no company of BP’s stature had gone as far, or committed so unequivocally, to transforming itself in the face of the energy transition," Parker said.

"The guidance that BP laid out today brings that transformation to life [and] makes it real. It constitutes the clearest and most detailed roadmap to 'Big Energy' that any of the Majors have provided to this point."

BP agrees to sell its petrochemicals business to INEOS.