BREAKING: 40% of Fossil Fuels Now Under Development Must Stay in the Ground 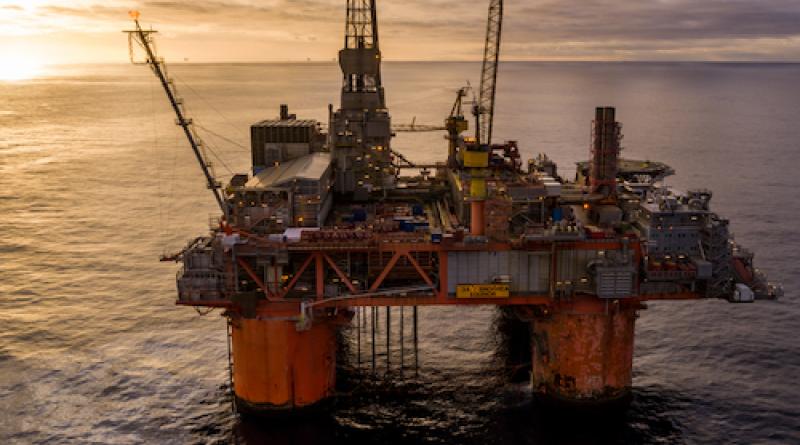 Nearly 40% of the oil, gas, and coal now under development around the world will have to stay in the ground to give humanity a 50-50 chance of holding global warming to 1.5°C, a study team led by Oil Change International concludes in a paper published yesterday in the journal Environmental Research Letters.

“Going beyond recent warnings by the International Energy Agency, our results suggest that staying below 1.5°C may require governments and companies not only to cease licencing and development of new fields and mines, but also to prematurely decommission a significant portion of those already developed,” the paper states. Burning all of those reserves would emit about 936 billion tonnes of carbon dioxide, the paper concludes—47% of it from coal, 35% from oil, and 18% from gas—pushing far beyond an available carbon budget of about 580 gigatonnes as of 2018.

Among the world’s regions, East Asia accounts for 27% of the committed emissions, followed by the Middle East at 23%, Central Asia and Eastern Europe at 17%, and North America at 13% (based on the locations of the extraction sites, not their investors).

Based on the available carbon budget calculated by the Intergovernmental Panel on Climate Change, “developed oil and gas reserves together exhaust more than four-fifths of the 1.5°C budget,” Oil Change writes. “The remaining one-fifth is equivalent to just six years of coal production at present rates. Assuming such rapid closure of coal mines is not feasible, some developed oil and gas reserves, alongside coal, would need to be kept in the ground.”

Oil Change says the study is the first ever to focus in on emissions from fossil fuel projects that are already in operation or under construction, rather than the new extraction sites that governments and fossil companies have on the drawing boards. The finding that those existing projects are enough to blow through the remaining carbon budget means governments will likely need “policy interventions beyond price signals” to get the climate emergency under control, while presenting a stark choice for any country that thinks it can allow new fossil fuel projects to proceed.

For governments looking to solve or minimize those problems, the best way to prevent development of new fossil fuel reserves “would be to stop issuing new licences or permits for their exploration or extraction,” the paper adds. “Governments could thereby not only minimize stranded assets but also avoid further entrenching legal and political barriers to mitigation policies.” It cites the controversial Energy Charter Treaty as one of the international treaties that give fossil companies permission to sue a government that cancels an approved project.

The carbon budget limits in the paper would be eased if governments and companies could get carbon capture and storage (CCS) and other carbon dioxide removal (CDR) technologies to deliver major emission reductions at reasonable price. But Oil Change sees little relief in that direction. CCS could reduce but not eliminate emissions, “while CDR technologies carry inherent risks, being unproven at scale,” the paper says.

“One reason our study reaches a stronger conclusion than the IEA finding that no additional fields and mines are needed is that the IEA scenario includes some CDR and significant carbon capture and storage of fossil fuel emissions,” the authors explain. But “the IEA acknowledges that CCS availability is one of the greatest uncertainties in its scenario; three decades of efforts to deploy CCS have largely failed.”

The results show that “halting new extraction projects is a necessary step, but still not enough to stay within our rapidly dwindling carbon budget,” co-lead author Greg Muttitt, a former Oil Change staff member now working with the International Institute for Sustainable Development, told the Guardian. “Some existing fossil fuel licences and production will need to be revoked and phased out early. Governments need to start tackling head-on how to do this in a fair and equitable way, which will require overcoming opposition from fossil fuel interests.”

“Our study reinforces that building new fossil fuel infrastructure is not a viable response to Russia’s war on Ukraine,” added co-lead author Kelly Trout, senior research analyst at Oil Change. “The world has already tapped too much oil and gas,” she added, and now needs a rapid shift to renewable energy and energy efficiency.