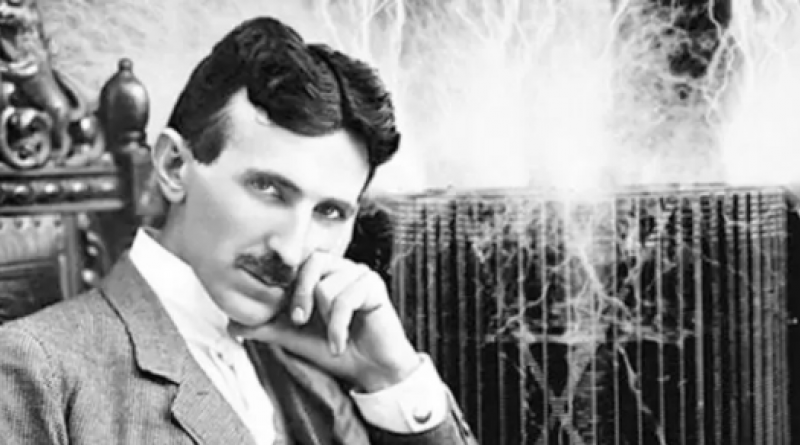 The patent never received too much attention, but scientists think it could have modern uses.

Eccentric scientist and inventor extraordinaire Nikola Tesla is known for developing the basis for AC electric power that, today, most of the planet uses. But the Serbian-American inventor, who emigrated to New York City in 1884, held nearly 300 patents for items such as motors, radios, remote controls, X-rays, neon signs, and many other marvelous gadgets and gizmos.

Many of these inventions are still in use today or have heavily influenced modern technology in some way. But one of Tesla’s lesser-known patents, a macrofluidic valve, is only recently being recognized for its genius and worth.

The scientist patented his “valvular conduit”, also known as a “Tesla valve”, in 1920. It is essentially a one-way fluid valve with no moving parts consisting of a pipe with an intricate series of diverting teardrop-shaped loops. The design is such that water can easily flow through in one direction, but when the direction is reversed, the flow is almost totally blocked, or so the initial patent stated.

In a new study, the physics of the Tesla valve was revisited by researchers at New York University who built a 30-centimeter-long replica following Tesla’s original plan. They then performed a series of experiments and measured flow in both directions at different values for pressure.

“It’s remarkable that this 100-year-old invention is still not completely understood and may be useful in modern technologies in ways not yet considered,” explains Leif Ristroph, an associate professor in New York University’s Courant Institute of Mathematical Sciences and the paper’s senior author. “While Tesla is known as a wizard of electric currents and electrical circuits, his lesser-known work to control flows or fluid currents was truly ahead of its time.”

Although Tesla claimed that his valve would make fluid flow 200 times slower in one direction than the other, the researchers’ replica only cut the flow by half.

However, the researchers learned that the Tesla valve is more sophisticated than initially thought. At low flow rates, there is hardly any difference between forward and reverse flows. But above a certain threshold, the valve abruptly “turned on” like a switch and significantly resisted reverse flow.

“Crucially, this turn-on comes with the generation of turbulent flows in the reverse direction, which ‘plug’ the pipe with vortices and disrupting currents,” explains Ristroph. “Moreover, the turbulence appears at far lower flow rates than have ever previously been observed for pipes of more standard shapes–up to 20 times lower speed than conventional turbulence in a cylindrical pipe or tube. This shows the power it has to control flows, which could be used in many applications.”

What’s more, the valve controls the reverse flow even better when the flow isn’t steady. If the flow comes in pulses or oscillations, the device will smoothen the fluid flow, making the device ideal for use in high-vibration environments. This is remarkably similar to how AC-DC converters transform alternating current to direct current.

“We think this is what Tesla had in mind for the device since he was thinking about analogous operations with electrical currents,” observes Ristroph. “He in fact is most famous for inventing the AC motor as well as an AC-DC converter.”

Although the constricting effect of the valve is much lower than Tesla claimed more than a century ago, the design is still useful. It has no moving parts, unlike other valves that need springs and other parts that require regular maintenance and replacements. Ristroph and colleagues imagine a number of applications where the Tesla valve could prove useful, such as harnessing vibrations in engines to pump fuel, lubricants, and other fluids.