Call for All Countries to Commit to Climate Education by COP26 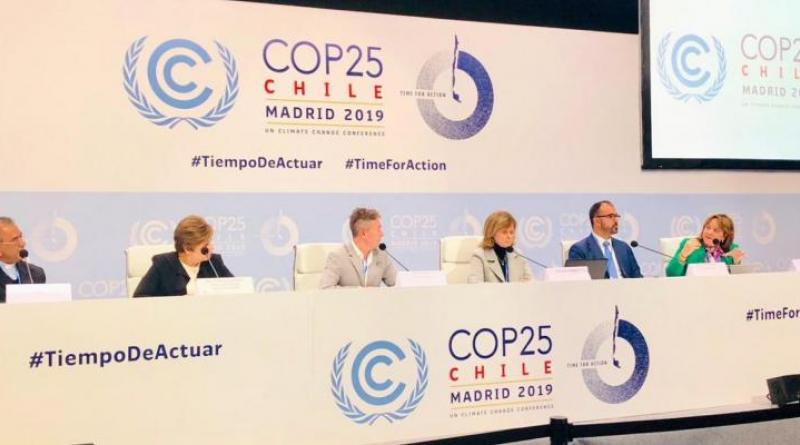 Italy and Mexico today committed to stepped-up climate and environmental education in order to equip a new generation with the knowledge, awareness and skills needed to tackle climate change and other environmental challenges, and called on other countries to follow suit.

The plan is to have a critical mass of countries committed to the environmental and climate education agenda by the time the UN climate conference COP26 takes place at the end of next year.

Patricia Espinosa, Executive Secretary of UN Climate Change (UNFCCC), welcomed the announcements of Italy and Mexico as a key contribution to realizing the aims of the Paris Climate Change Agreement.

“Climate change should be included in all school curricula and should play a central role in updated Nationally Determined Contributions. I look forward towards more countries factoring in climate education into their national climate action plans,” she said.

In 2020, countries are to submit more ambitious Nationally Determined Contributions, or “NDCs” - national climate action plans under the Paris Agreement – which is crucial to meeting the temperature goals of the Agreement and to stave off the worst impacts of climate change, which include more frequent and severe storms, floods and droughts.

Lorenzo Fioramonti, Italy’s Minister of Education, Innovation and Research, said: “Young people are demanding that governments take climate change far more seriously. There are many areas of society where we must act, and act with increased ambition: compulsory education on these topics needs to be a key part of this national and international response to the big issues of our time”.

The Italian Education Minister said that Earth Day 2020 represents one of the key moments in this important year to recognize the centrality of climate and environmental education including through  ‘Teach-Ins’ as one way of raising awareness among the young.

He said he hoped other countries would take the same opportunity mark Earth Day’s 50th anniversary and the birth of the environmental movement.

Teach-ins, in which students organize debates and propose solutions to environmental challenges, was a key feature of the first Earth Day where over 20 million young people and citizens protested in 1970, triggering in the process new laws and action by the then US administration.

“Great transformations can only be achieved through knowledge, awareness and the sense of collaboration. We are convinced that environmental education is the route to meeting Sustainable Development Goals, an essential tool to fight the climate crisis and can prompt a profound cultural change to contribute to our planet’s sustainability,” said Vice-Minister Delgado.

Kathleen Rogers, President of the Earth Day Network, said environmental literacy had been at the core of Earth Day since its inception in 1970 but that governments had not gone far enough.

“Young people, through movements such as Fridays for Future, have been asking governments to tell the truth about the climate and environmental emergencies that we are now facing—‘telling the truth’ needs to happen in the schools and universities, and needs to happen now,” she said.

Rogers said there while globally climate and environmental education exist across the spectrum, from decades of formal implementation to continued exclusion of the topic as a whole, it is time to make these critical subjects compulsory and to link them to civic education so that students will develop both the knowledge and the civic skills they need to fully engage in the solutions to climate change.

“These are the core elements of transforming our societies so that a new, far better informed and active generation can emerge to ensure governments truly respond to the challenges of our time,” she said.

From Madrid and COP25, focus will also be on the Congregation for Catholic Institutes of the Holy See which has chosen Earth Day 2020 as a preparatory meeting for the Global Compact on Education that Pope Francis will launch on May 14th.  It aims to promote a global commitment that also teaches new generations respect for humankind and nature.

Earth Day Italia is organizing together with the Italian Ministry for Education the Festival for Sustainable Education to support this initiative.

Why Should Schools Teach Climate Education?