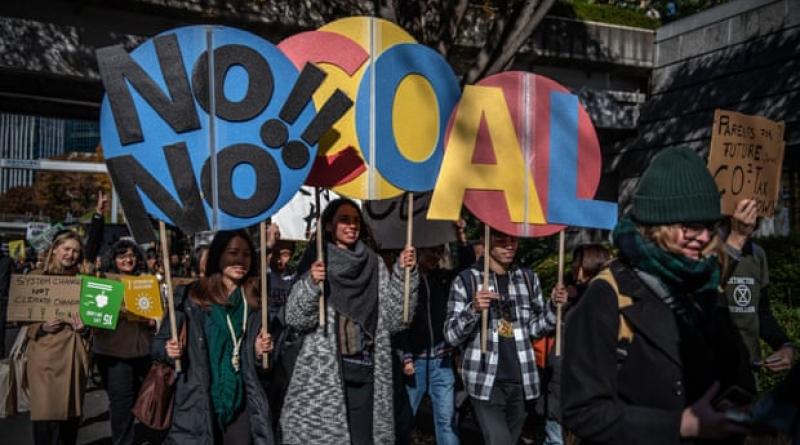 Japan has laid out its plans to tackle greenhouse gas emissions under the Paris agreement in the run-up to UN climate talks this year, becoming the first large economy to do so.

But its proposals were criticised by campaigners as grossly inadequate, amid fears the Covid-19 crisis could prompt countries to try to water down their climate commitments.

The UK, which will host the talks, hopes every country will produce renewed targets on curbing emissions and achieving net zero carbon by 2050.

New commitments are needed to achieve the Paris goals of holding temperature rises to no more than 2C, and ideally 1.5C, above pre-industrial levels, as on current national targets the world would far exceed those limits.

Japan’s carbon targets – known as its nationally determined contribution (NDC) in the UN jargon – as announced on Monday morning are almost unchanged from its commitments made in 2015 towards the Paris accord, however.

The country’s target of a 26% reduction in emissions by 2030, based on 2013 levels, is rated as “highly insufficient” by the Climate Action Tracker analysis, meaning that if all targets were at this level, temperature rises would exceed 3C.

The country, the world’s fifth biggest emitter and third biggest economy, is one of the only developed countries still building new coal-fired power stations, although there are signs it may hold back.

Japan’s energy systems were thrown into turmoil by the accident at the Fukushima nuclear plant in 2011, after which the country shut its many nuclear reactors. The country’s politics have also been affected by intensified competition from neighbouring China, which overtook Japan as the world’s second largest economy in 2010.

Once a strong proponent of climate action – and proud of the 1997 Kyoto protocol signed under its auspices – Japan in recent years has appeared lukewarm in its commitments at a succession of UN meetings, before and since the landmark Paris conference of 2015.

Campaigners fear the coronavirus pandemic will be seen by some countries as a way to weaken their commitment to the Paris accord and present less stringent targets instead of the strong cuts needed.

“Japan should not slow down climate actions even amid the Covid-19 global fights, and must revisit and strengthen this plan swiftly in order to be in line with the Paris agreement,” said Kimiko Hirata, the international director of the Kiko Network, a climate group in Japan.

She added that the prime minister, Shinzo Abe, appeared content “to settle for a low target and policies to continue to fund coal, which are firmly taking us down the path to economic and environmental ruin”.

Kat Kramer, the global climate lead at Christian Aid, said of the latest Japanese plan: “The fact they are smuggling it out during a global pandemic, when it will avoid the scrutiny it deserves, is shameful.”

Laurence Tubiana,the chief executive of the European Climate Foundation and the French architect of the Paris agreement, called Japan’s move disappointing and contrasted it with those of economic rivals the EU, UK, China and South Korea, which she said were moving to a low-carbon economy.

“At one of the most challenging times of recent memory, we need bolder, mutually reinforcing plans that protect our societies from the global risks we all face,” Tubiana said.

Environmental regulations and climate commitments have come under attack in the context of the coronavirus crisis. Under Donald Trump’s administration in the US, the Environmental Protection Agency has rolled back key regulations including car efficiency standards. In the EU, carmakers wrote to the European commission last week to demand a loosening of requirements on them to cut carbon.

There is still scope for Japan to revise its targets. Other countries have yet to submit their detailed NDCs, but several – including the UK and the EU, and more than 70 smaller economies – made public their intention to reach net zero carbon by 2050, at last year’s UN climate talks in Madrid.

This year’s talks, called Cop 26, are still officially scheduled to be held in Glasgow this November, although there has been pressure from some quarters to announce a postponement.

Many notable figures, including the leading climate economist Lord Stern, and former UN climate chief Christiana Figueres, have spoken out against postponement at this stage. They fear a delay would mean countries slowing their work on emissions cuts.

Under the plans that national governments submitted to the UN under the Paris agreement, the world would reach more than 3C of warming according to estimates – a figure scientists say would be disastrous in terms of increases in extreme weather, droughts, floods, heatwaves and sea level rises.

New plans are urgently needed, campaigners say, as emissions have risen globally by 4% since the Paris agreement was signed.

Coronavirus could halt the world’s emissions growth. Not that we should feel good about that..