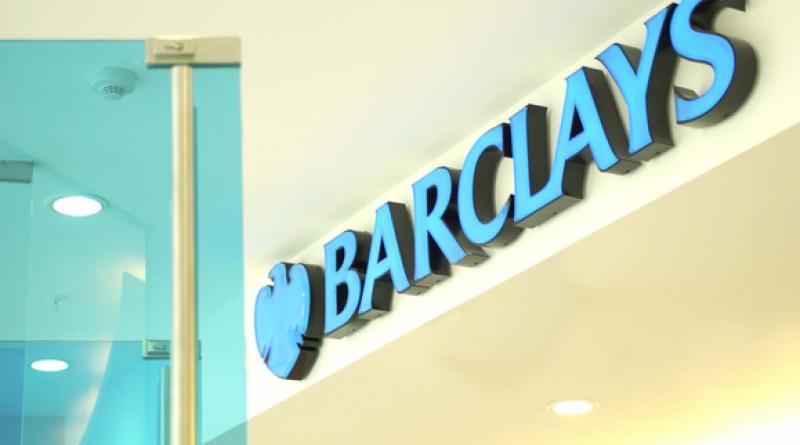 Barclays has set out its ambition to become a net zero bank by 2050, today pledging to align both its own business as well as its entire financing, investing and lending portfolio with the goals of the Paris Agreement within the next 30 years.

In a shock announcement this morning, the UK-based bank - which has come under fire from climate campaigners over its continued financial support for fossil fuel activities - said it would develop a "new approach" to its business and financing activities across all sectors in its portfolio.

It promised to impose further restrictions on fossil fuel financing, target at least £100bn of green financing by 2030, and to provide transparent targets and regular reports to judge progress against its net zero goal starting from next year.

Barclays also said it plans to invest £175m over the next five years in "environmental innovation" through a new Sustainable Impact Capital Initiative.

"Our new ambition to be net zero, and our commitment to aligning our financing portfolio across all sectors to the goals of the Paris Agreement, will mean we can play much more of a leading role in meeting the climate challenge and in financing energy transition," said Barclays' chairman Nigel Higgins. "Ours is a clear and implementable strategy, and will be backed up with specific targets and regular reporting to ensure we implement it. I would like to thank all of our stakeholders who have engaged with us so constructively since the autumn of last year on our shared goal of tackling climate change."

The new 2050 net zero target is expected to go before Barclays' shareholder vote at its AGM in early May. If approved, it would cover Barclays' Scope 1, 2 and 3 emissions - or its own business as well as its entire financing activities - and the bank said it was developing new, open source tools to map the greenhouse gases of its portfolio to the Paris Agreement.

Based on the International Energy Agency's 'Sustainable Development Scenario', the net zero target will look at both the carbon intensity and absolute carbon emissions of all the activities Barclays finances, the bank said, with the methodology also including capital markets financing activity.

Over time, the bank said all sectors within its portfolio of clients would be covered by the net zero goal, but that it would start with the energy and power industries "because energy production and use is the largest sources of greenhouse gas emissions globally".

Barclays has been facing calls from growing numbers of its shareholders to strengthen its green investment rules, after a report last year by NGO ShareAction found it had invested more than $85bn in coal, gas, and oil projects - more than any other European bank and the sixth largest amount globally of any bank.

ShareAction filed a shareholder resolution in January urging Barclays to bring its financing in line with the Paris Agreement goals to limit global warming to 1.5C or 'well below' 2C by the end of the century, in what it claimed was the first ever climate-related resolution lodged at a European bank. It has also been calling on Barclays to align its investments with delivering a 'just transition' for workers and firms involved in high carbon industries.

Wolfgang Kuhn, director of finance sector strategies at ShareAction, hailed today's announcement as a "win for investor stewardship in the UK".

"Nevertheless, announcing a 30-year ambition is arguably the easy bit," he added. "The test is now on investors who are serious about climate change to translate this ambition into a strong fossil fuel phase-out plan by supporting both climate resolutions on May 7."

However, he said ShareAction was recommending Barclays' shareholders vote in favour of both Barclays' new net zero ambition, as well as the campaign group's own resolution filed back in January, arguing the latter contained more detail and robust targets.

"Voting for both these resolutions will cement the bank's new high-level climate commitment while at the same time insisting on the near-term ambition needed to deliver the results everyone wants," he said. "A climate strategy cannot be considered complete without recognising that transition necessarily means phase-out when it comes to fossil fuels, particularly the highest carbon fuels where Barclays has significant exposure."

"The whole thing stinks of hypocrisy," he said. "It's nothing but an attempt to pull the wool over the eyes of shareholders who rightly want the bank to end its contribution to catastrophic climate breakdown. Barclays remains Europe's largest financier of these planet-heating industries and refuses to face up to the reality of the climate emergency and their role in fuelling it. Until it realises that getting to net zero means ambitious action to phase out support for all fossil fuels, this newly proposed resolution is absolutely meaningless."

Climate Change Could Blow Up the Economy. Banks Aren’t Ready.