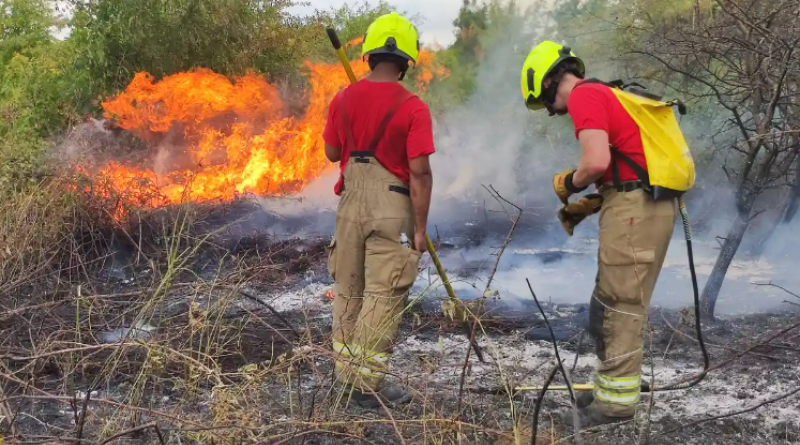 Climate breakdown made the recent record UK heatwave 10 times more likely, researchers have found. Analysis by World Weather Attribution reveals that temperatures in the UK during the heatwave, when it hit 40.3C, were higher than those simulated by climate models.

The researchers say extreme temperatures in western Europe are rising faster than expected.

To find out whether the heatwave was made more likely by climate change, scientists analysed weather data and computer simulations to compare the climate as it is today with the climate of the past, following peer-reviewed methods. They then analysed the maximum temperatures over two days of the heatwave, when the UK was most severely hit by the warm weather.

Extreme heat in western Europe has increased more than climate models have predicted. While models estimate greenhouse gas emissions increased temperatures in this heatwave by 2C, historical weather records suggest the heatwave would have been 4C cooler in a world that had not been warmed by human activities.

Climate experts are concerned this means the impacts of global heating will be even more drastic than previously thought.

Friederike Otto, a senior climate lecturer at the Grantham Institute for Climate Change, Imperial College London, said: “In Europe and other parts of the world we are seeing more and more record-breaking heatwaves causing extreme temperatures that have become hotter faster than in most climate models.

“It’s a worrying finding that suggests that if carbon emissions are not rapidly cut, the consequences of climate change on extreme heat in Europe, which already is extremely deadly, could be even worse than we previously thought.”

Despite the fact the event has been made more likely by climate change, heatwaves such as this are still relatively rare.

The model results suggest there is a 1% chance of such a heatwave happening next year. However, weather records suggest this could be an underestimate as similar heatwaves in Europe have happened more frequently and been hotter than climate models suggest.

The study was conducted by 21 researchers as part of the World Weather Attribution group, including scientists from universities and meteorological agencies in Denmark, France, Germany, the Netherlands, South Africa, Switzerland, the UK, the US, and New Zealand.

Meteorologists have said the results of this study are “sobering” as they confirm what was previously feared – that climate change is having a large impact on temperatures, making extreme heat more likely.

Fraser Lott, a climate monitoring and attribution scientist at the Met Office, said: “Two years ago, scientists at the UK Met Office found the chance of seeing 40C in the UK was one in 100 in any given year, up from one in 1,000 in the natural climate. It has been sobering to see such an event happen so soon after that study, to see the raw data coming back from our weather stations.

“This new work confirms the previous study, and also points us to further improvements. The latest developments, which enabled the prediction of the heatwave two weeks in advance, are now feeding into the next generation of climate simulations.”

Experts have called for rapid cuts in emissions to prevent the situation from worsening. Extreme heat kills thousands of people across Europe, and it is thought hundreds of excess deaths in the UK were caused by the recent heatwave.

“Heatwaves are the deadliest type of extreme weather event in Europe, killing thousands each year,” said Roop Singh of the Red Cross Red Crescent Climate Centre. “But they don’t have to be. Many of these deaths are preventable if adequate adaptation plans are in place. Without rapid and comprehensive adaptation and emissions cuts, the situation will only get worse.”

Delhi, London could run out of water amid rising heatwave: Report