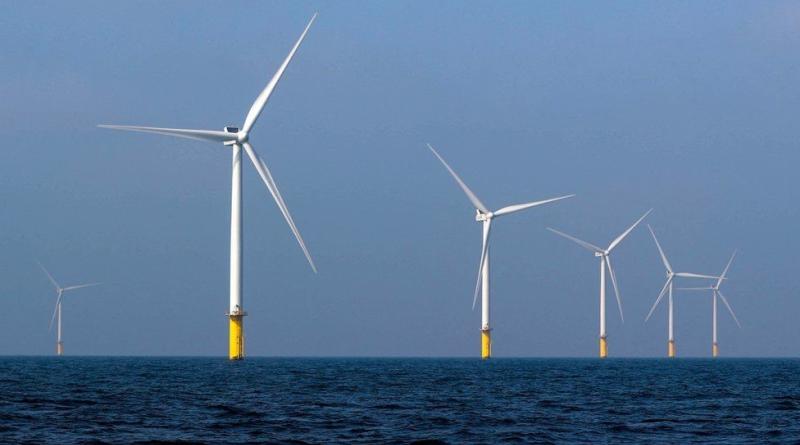 Can the government wean Britain off Russian gas while also keeping energy affordable and hitting its climate change targets?

Boris Johnson has pledged to produce an energy strategy shortly that does all three things.

Can he pull it off and what are the political hurdles he faces?

Some journalists have been briefed that the PM may encourage further research into fracking - where rocks are cracked underground to release gas.

But otherwise the launch will offer no radically new policy - rather, an acceleration of existing plans.

One thing is clear - there will be no new coal-fired power stations.

But Mr Johnson is being tugged in two directions as he deliberates.

The business department (BEIS), and most experts, tell him existing plans to cut fossil fuels to protect the climate will help shield the UK from rocketing global prices for oil and gas.

They want government support for home insulation to reduce demand for gas heating. They say alternatives, such as electric heat pumps, should be rapidly deployed. And they want much faster deployment of renewables and nuclear.

Conservative commentators share the desire for new nuclear, but insist that the UK should also resume fracking to shield the UK from fuel price rises.

The PM is looking to announce plans from the short term to the long term.

Instant cheap - or even free - results, for instance, can be gained by cutting our use of gas and oil.

The International Energy Agency urges everyone to turn down the thermostat by a degree - that could save up to 10% of heating energy (and costs), it says.

Insulation is another no-brainer quick hit - and it makes your home more comfortable. Even a draught excluder "sausage" for a door makes a small difference, as does basic draught-proofing. Heating only the rooms you're using is an easy hit.

A speed limit of 55mph - the most efficient running speed for many cars - could be set during the energy crisis to cut carbon emissions. That might be resisted by a libertarian PM and in any case the RAC Foundation said it would be more effective to make fewer trips, and to brake and accelerate more smoothly.

Trains could reduce their top speed and services could be reduced to prevent empty running.

The public might accept the restrictions if they were persuaded of an urgent need.

Some analysts want the government to phase out the sale of new gas boilers and hobs rapidly. Boilers running on imported gas would be replaced by electric heat pumps powered by electricity generated by British wind farms.

That would immediately cut demand but it would require a challenging increase in heat pump installations when there are too few installers and a poor supply chain.

Others want a government energy savings campaign like the one employed to tackle the oil crisis in 1970s with cheeky slogans like "Save energy - bath with a friend".

What about the medium term?

This is where the fracking debate comes into play. When fracking began in the UK there were high hopes Britain could emulate the cheap energy boom in the United States.

But there were problems. The operators couldn't predict the effects of the fracking process, and neighbours complained about minor earth tremors and house prices. What's more, geologists started to raise doubts - not about the quantity of shale gas in the UK, but about our potential ability to get it out of the ground.

Then economists warned that any fracked gas would be sold on to the global market so it wouldn't lower UK prices much anyway.

Former head of the gas giant Centrica, Iain Conn - previously a shale fan - told BBC Radio 4's Today programme: "I don't think it is possible to drill enough wells to be able to make a material difference to the UK supplies."

In 2019 the government put a moratorium on fracking, which a No10 statement said would last until firms could ensure shale gas can be obtained without significant tremors. That's the official line - but a Downing Street spokesman said nothing had been ruled out.

The PM could, hypothetically, announce an inquiry which might or might not find in favour of fracking - but would at least relieve political pressure from some of his backbenchers.

Wind energy also lies in the medium term. Onshore wind power is cheap and consistently polls show it's liked by the general public. That hasn't stopped some newspapers labelling them "hated" wind farms.

The government previously responded to pressure from local objectors and imposed rules which effectively allow just one protester to kill a project.

Offshore wind farms take up to 20 years to develop at the moment. But the operators say new turbines could be spinning within just two years if the government gives more resources to the cash-strapped authorities that grant consent.

Then offshore oil and gas operations are a medium to long-term bet. They take an average of 28 years to start production, but these too, could be fast-tracked.

There's no fossil fuel bonanza left in the North Sea. Many stocks are exhausted, and all produce will be sold at world prices anyway. But ministers decided before Vladimir Putin's war that it was better to get UK gas with UK jobs and taxes than foreign gas liquified, with more impact on the environment.

This was controversial: the International Energy Agency wants to halt all new fossil fuel operations because enough has been found already to wreck the climate.

What about the long term?

The same MPs who are demanding fracking also support new nuclear power stations - but these would be expected to take decades to build, and the current incident at the Chernobyl reactor in Ukraine won't make the consenting process any easier.

Some environmentalists also support nuclear power to cover for renewables when the wind isn't blowing.

But the government hasn't embraced it until recently because of public fears, the absence of waste storage and - importantly - the cost. Nuclear comes in at around £90 per megawatt hour, while new offshore wind is around half that.

But after decades of dither from Tories and Labour, the wind is clearly blowing nuclear's way. And Mr Johnson will offer a renewed push for Sizewell C and a boost for mini-reactors. Nuclear enthusiasts say the UK needs a whole raft of new nukes to play a significant part in the energy mix.

It is potentially a critical moment in the UK's energy history.

The government has been criticised for failing to live up to its promises on climate change, but Mr Putin's missiles may have turbo-charged plans to improve achieving energy security while cutting emissions.

Labour has seized the moment by demanding what it calls an energy sprint - ramping up renewables and nuclear.

It says insulating 19 million homes over a decade would cut UK gas imports by 15% and save up to £400 off the average energy bill.

Chancellor Rishi Sunak has so far declined to commit to a major long-term home renovation and energy efficiency strategy that could keep down bills.

Labour believes progress has been delayed because the government feels the breath of climate sceptics over its shoulder.

The Lib Dems and Greens have long demanded tougher action towards energy-saving and low-carbon domestic electricity.

So fracking may grab the headlines in the PM's forthcoming speech.

But the real test will be whether at last the government is willing to invest the cash and the policies to deliver its climate targets, hold down bills and protect us from Mr Putin's war.

‘I wouldn’t wish it upon any parent’: living on the frontline of global heating

Is the world in the midst of an energy crisis?