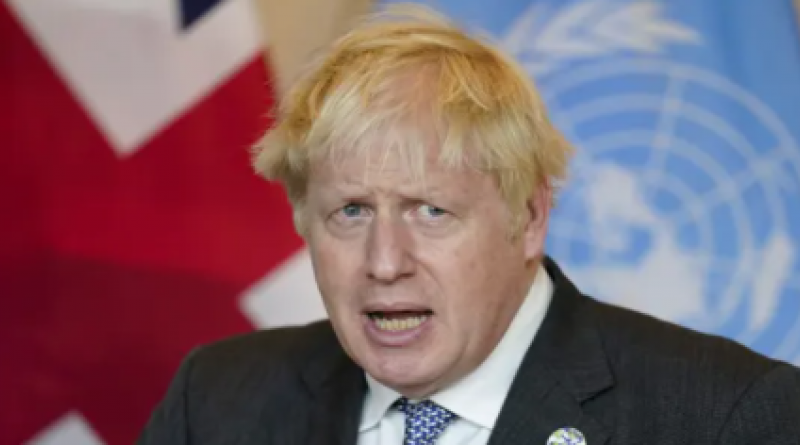 Boris Johnson has warned the world’s rich countries that “history will judge”, if they fail to act now to tackle the climate crisis, as US climate envoy John Kerry suggested President Biden was poised to commit more funds to the fight.

At the UN general assembly in New York, the prime minister urged other developed countries to increase their contributions, to help meet the target of $100bn (£73bn) in climate financing set more than a decade ago.

“The world will see, and your people will remember, and history will judge,” he said, underlining the importance of achieving an ambitious outcome to the Cop26 climate talks, which the UK is hosting in Glasgow in November.

The prime minister was speaking ahead of a roundtable of developing countries, which he co-chaired with UN secretary general António Guterres.

He added: “Cop26 will be staged in the full glare of the global spotlight. And when the summit ends, when most of the world has committed to decisive, game-changing action, it will be clear to all which of us has lacked the courage to step up,” he said.

Without singling out any individual countries, he added: “It is the biggest economies in the world that are causing the problem, while the smallest suffer the worst consequences. And while progress is being made all over the world, the gulf between what has been promised, what is actually being delivered, and what needs to happen … remains vast.”

The UK is entering the final leg of a frantic diplomatic effort to ensure that the Glasgow summit produces a significant agreement. Cop26 president Alok Sharma has travelled to the US with Johnson to press the case with individual countries.

Sharma told journalists in New York that of the G20 countries, only the G7 plus Argentina had so far produced the emission reduction targets they had committed to set ahead of Cop26.

He urged the other G20 countries, which include China, India and Russia, to step forward. “The ball’s in their court and they need to deliver,” he said. “Warm words are not going to be enough; people need to come forward with commitments.”

It remains unclear whether China, a major polluter, will attend November’s summit. Beijing was irritated by the announcement of the Aukus defence and security deal on Indo-China.

Johnson’s official spokesperson said on Monday: “We’re obviously very keen that China attends, and will work with them.”

Developed countries promised more than a decade ago at the Copenhagen summit to make $100bn in public and private financing available to help developing countries transition to clean energy sources, and cope with the extreme weather triggered by global heating. But the Organisation for Economic Co-operation and Development (OECD) reported last week that the target appeared likely to be missed by up to $20bn.

Johnson said en route to the US that he believed there was only a six in 10 chance of the target being reached before the Cop26 summit. But Joe Biden’s climate envoy Kerry, also attending the UN meeting, expressed more optimism. “I think we’re going to get it done,” he said, when asked about the $100bn.

Asked whether Biden would commit more US financing, he said: “I’m telling you to stay tuned to the president’s speech and we’ll see where we are,” in what appeared to be a heavy hint that the White House is preparing to make an announcement.

Johnson will discuss the prospects for a climate deal with the US president when the pair meet in Washington on Tuesday.

The prime minister has repeatedly made the point in statements this week that the developed countries owe a debt to their poorer counterparts, because they are largely responsible for climate change.

“It’s the developing world that are bearing the brunt of catastrophic climate change in the form of hurricanes and fires and floods, and the real long-term economic damage that they face, and yet it’s the developed world that for over 200 years has put the carbon in the atmosphere,” he said.

As well as boosting climate finance, the UK and UN are also hoping to persuade some rich countries to make more ambitious promises to reduce their greenhouse gas emissions in the coming years.

The general assembly meeting was intended by Guterres as a “wake-up call”, and he showed his frustration with the lack of progress in the buildup Cop26 so far, according to a senior UN official.

“He is really quite frustrated at where we are with emissions reduction, and that the decade-long commitment on climate finance has not been fulfilled,” said the official. “But the meeting definitely served its purpose in the sense of urgency and warning that if [countries] don’t step up ambition, there is a high risk of failure [at Cop26].”

Though the UN refused to say which countries needed to make fresh commitments to cut emissions, the G20, which includes China and India, were pinpointed as holding the key.

“It’s really clear that everyone knows the gap between what is needed and what is currently on the table is absolutely massive and requires the leadership of the G20,” said a senior UN official after the talks.

David Kabua, president of the Marshall Islands, who represented the High Ambition Coalition, which includes many of the most vulnerable countries, was more forceful. “With so much at stake, we have to follow talk with action,” he said, and urged the G20 leaders to take “drastic steps” to cut emissions.

Mette Frederiksen, the prime minister of Denmark, also called for more action. “Enhanced climate finance and enhanced ambitions are necessary. The richest countries and the biggest emitters need to lead the way,” she said.

Frederiksen committed to contribute at least 1% of the $100bn target and urged other countries to “aim high”.