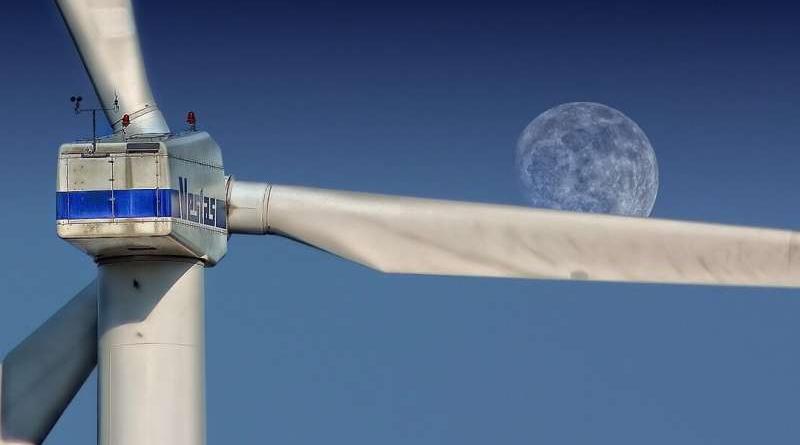 Researchers have modelled the fluid dynamics of multi-rotor wind turbines, and how they interact in wind farms. The research demonstrates a clear advantage for a turbine model with four rotors.

With their 220-metre diameter, the wind turbines at the future Dogger Bank wind farm in the North Sea are the world's largest yet. But large, larger, largest is not necessarily the best when it comes to wind turbines.

Researchers from Aarhus University and Durham University in the UK have now modelled the fluid dynamics of multi-rotor wind turbines via high-resolution numerical simulations, and it turns out that wind turbines with four rotors on one foundation have a number of advantages.

A wind turbine harvests energy from the incoming wind, but when the wind passes through the blades of the turbine, a region with lower wind speeds and higher turbulence is created called wind turbine wake. A second wind turbine downstream is affected by this turbulence in several ways. First of all, it produces less energy, and secondly, the structural load is increased.

"In the study, we found that turbulence and currents in the wake of the turbines recover much faster with multi-rotor turbines. This means that, with multi-rotors, a second turbine downstream will produce more energy and will be subjected to less load and stress, because the turbulence is correspondingly smaller," says Mahdi Abkar, assistant professor at the Department of Engineering, Aarhus University and an expert in flow physics and turbulence.

A wind turbine with more than one rotor creates less turbulence, and the wind is "restored" faster, which means a higher energy output. And this is important knowledge at a time when wind turbines are becoming increasingly larger, and thereby also increasingly expensive.

"You can always increase your energy output by increasing the diameter of the rotor blades, but there are major structural challenges in building these massive constructions with diameters exceeding 150 metres. The material requirements increase, the transport of the structures is cumbersome and expensive, and it becomes more costly to maintain the wind turbines," says Mahdi Abkar.

A turbine with four rotors costs approx. 15% less to construct than a turbine with one rotor, even though the blades cover the same area in total. At the same time, a construction with four rotors is much lighter and therefore easier to transport. And if one of the rotors stops working, the rest of the turbine will still produce energy, unlike ordinary wind turbines.

"We've explored several different geometries and dynamics of multi-rotor turbines and have found that the optimum construction is a turbine with four rotors as far apart as possible. The latter results in less downstream turbulence and a faster stabilisation of the wake behind the wind turbines," says Assistant Professor Mahdi Abkar.

Materials provided by Aarhus University. Note: Content may be edited for style and length.

Kissing the Sky: The Pros and Cons of Ultra-Tall Wind Turbine Towers.