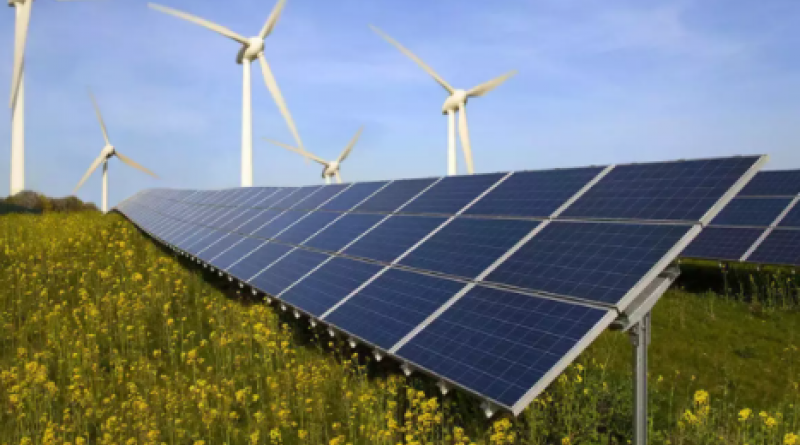 In October, the International Energy Agency (IEA) published its key World Energy Outlook 2021 report which highlighted that, although solar and wind energy are driving a transition to a global clean energy economy, it isn’t happening anywhere near quick enough to meet the world’s climate ambitions.

Meanwhile, the National Electric Power Regulatory Authority’s (NEPRA) recently released State of the Industry Report 2021 revealed that no wind and solar power was commissioned in Pakistan over the previous 12 months. All of this has happened within the context of record high international LNG and coal prices, clearly demonstrating the high economic and financial risk for any nation that is reliant on fossil fuels.

As winter approaches, reliance on LNG imports is being shown to be an energy security risk for Pakistan, in addition to being an economic one.

Pakistan is also looking at coal-to-liquids and coal-to-gas projects despite the high likelihood that such developments would be financially unsustainable. The continuing development of expensive coal plants fuelled by domestic coal is worsening the major issues of growing capacity payments, the high cost of power generation and power system circular debt.

In its State of the Industry Report 2021, NEPRA made clear that these interconnected issues don’t just threaten the financial sustainability of the power system, they also put the whole Pakistan economy at risk.

The inevitable consequence of the high cost of power generation and growing debt is increased power tariffs for consumers – a burden on any developing economy. Meanwhile, the cheapest sources of new power generation in Pakistan – wind and solar – lie underutilised.

The latest version of Pakistan’s power plan – IGCEP 2021 – reflects a change in clean energy focus for the nation. Instead of targeting 30% renewable energy capacity (mainly wind and solar) by 2030, the aim now is to reach 60% ‘renewable’ energy generation by that date after hydropower was reclassified as a renewable source. This target is also reflected in Pakistan’s updated Nationally Determined Contributions (NDC), recently submitted to the UN climate change secretariat.

The new target is heavily weighted towards hydro power – projects that are symbols of national pride in Pakistan. As such, the level of commitment to wind and solar has been dramatically slashed in the new plan – 2030 wind and solar capacity targets are now 17,000 megawatts (MW) lower than in the previous version of the IGCEP.

IEEFA notes this increased focus on hydropower is problematic due to both the cost and implementation risks of such projects. Power tariffs from older, depreciated dams may be low, but this would not be the case for new projects needing to recoup their huge capital costs.

Estimates place the cost of the Diamer-Bhasha dam project at an eye-watering US$14 billion but even this may turn out to be too conservative. Large dam projects have a well-documented track record of major cost over-runs and significant delays – implementation risks that were confirmed by a landmark 2014 study of 245 large dam projects globally.

Pakistan’s target for reaching 60% ‘renewable’ energy generation by 2030 is dependent on the Diamer-Bhasha dam – a project that has been on the drawing board for decades – being completed on schedule by 2029, according to IGCEP 2021.

In the high likelihood this schedule is delayed, Pakistan will miss its target.

The 2014 study found that large dam project budgets are systematically biased below actual costs – predictably leading to huge cost over-runs – and that policy-makers in developing countries would be better off prioritising more “agile” energy projects that have much shorter construction times.

For more “agile” energy projects, Pakistan need look no further than wind and solar – modular projects that can be constructed far quicker than both hydro and coal-fired power projects. In2018 and 2019, Vietnam added 4 gigawatts (GW) of solar within 12 months. The projects had an average construction and commissioning time of just 275 days.

With swift construction times and still-falling costs, wind and solar – backed up by batteries and other forms of power storage in the future – are better placed to reduce reliance on fossil fuel imports and improve energy security.

The modular nature of wind and solar, and resultant geographic spread of such installations, are better energy security outcomes than reliance on large dam projects that have little hope of being completed on schedule.

In addition, hydropower’s exposure to fluctuating water levels means that it cannot always be relied upon once constructed, as clearly demonstrated earlier this year.

In order to achieve the biggest energy security bang for its buck, Pakistan ought to focus on wind and solar installation and grid improvements that can cater for such new capacity as well as reducing its very high transmission and distribution losses.

A third key task is what the IEA termed “a relentless focus on energy efficiency” in its new World Energy Outlook. COP26 will inevitably end up being classified as a success or a failure but, whatever the conclusion, the global energy transition towards wind and solar will only have been accelerated. The benefits of such a shift are economic as well as environmental.

It is a strange time for a nation to be reducing focus on wind and solar. In addition to the significant implementation risks of hydro power, Pakistan risks looking increasingly like a global outlier on power development.

This article first appeared in the Islamabad Policy Research Institute.