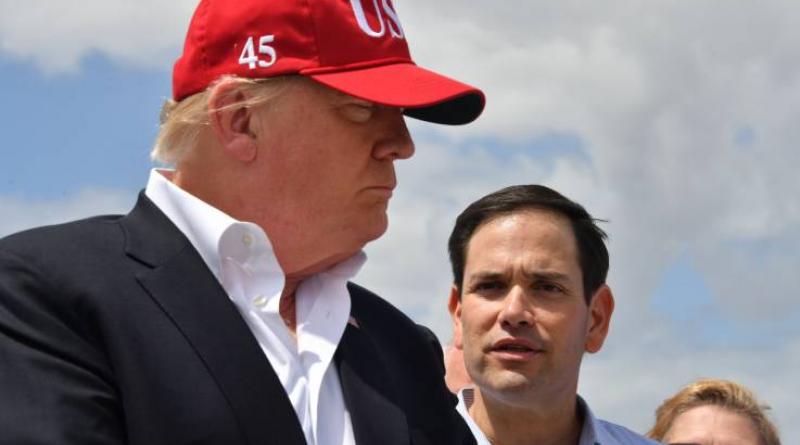 In the lead-up to the 2020 election, we will undoubtedly hear more and more from candidates about climate change. The twist is that this election cycle, we will be hearing it from both sides of the aisle.

Outright climate denial, long a staple of the GOP, is no longer an option now that the impacts are plainly evident to the person on the street. We are dealing with a crisis that threatens the health and wealth of all Americans, whether young or old, rich or poor, black or white. And while Democratic voters have been clamoring for climate change–themed primary debates, the Republican Party finally seems to grasp that a substantial number of its voters feel concern and support action.

For example, a 2018 poll found that 79 percent of Republicans support funding more research on renewable energy and 69 percent support regulating carbon dioxide as a pollutant, an 8-point increase over the previous year.

Despite overwhelming evidence that we cannot effectively stem global warming without cutting our dependence on fossil fuels, which produce carbon dioxide, there is a dangerous, more subversive "softer" form of climate denialism now making the rounds.

We offer up as Exhibit A: Senator Marco Rubio's opinion piece in USA Today this week citing human innovation and adaptation as the key to combating climate change. Rubio assures Floridians they need not worry about retreating from the coastline or building sea walls because it's all "manageable," as if he alone is in possession of a magic wand that can turn back the encroaching seas, restore the Everglades and resurrect dead and dying coral reefs.

As scientists who have devoted our careers to studying climate change and sea-level rise, we can assure you that the effort to restore the Everglades—while having its benefits in terms of water quality and other factors—will not help coastlines that are already regularly flooded by the ocean. Nor will it save our dying coral reefs, which are subject to the twin insults of bleaching from heated oceans and acidification from rising carbon dioxide levels. Furthermore, while costly projects to hold back the ocean as it invades coastal Florida bit by bit might buy some of the wealthier communities time, they will ultimately fail. So much for "management" as a comprehensive climate strategy.

Without the ability to move to higher ground, coastal populations will become increasingly vulnerable to frequent flooding and toxic floodwaters, and this will heavily damage coastal tourism and industry.

Why might politicians not want their constituents to retreat from the shoreline? Could it be that they want to keep collecting valuable property taxes that buoy the Florida state economy, while residentswith the least means remain in the most vulnerable areas and absorb the cost—both economic and health-wise—of more frequent toxic flooding?

Rubio fails to put forward an alternative solution to sea-level rise for one simple reason—there isn't one. Despite our amazing capacity as a species for innovation in the face of challenges, we can't simply engineer our way out of this one. If we continue to pump greenhouse gases into the atmosphere, warming the oceans and melting the ice sheets, the oceans will ultimately win this battle.

In this critical moment, instead of working to address an issue that clearly unites most Americans, Republicans like Rubio are continuing to undermine effective political debate and progress on the growing climate crisis, resorting to infantile name-calling (Socialists! Alarmists!) and diversionary tactics (Innovate! Adapt!).

Let's be clear: The reason that climate messaging may sound alarming is that we have now been backed into a corner by decades of irresponsible diversionary rhetoric encouraging us to look the other way as the fossil fuels continue to burn. The truth is that while it may be painful and scary to turn around and face this issue head-on, our only obstacle remains having the courage to do so.

If we stand in corners engaging in name-calling and bad-faith debates, we will forestall the one real opportunity to avert a worsening climate crisis: policies that drastically cut our dependence on fossil fuels.

Any policy that does not include rapid reduction of carbon emissions along with adaptation will be more costly, will cause more suffering and is ultimately doomed to failure. So, voters, beware: Republicans are trying to appease us by insisting we can just magically adapt through unnamed means. But, unfortunately, if we keep kicking this can down the road, before we know it, the road will be under water, and the can will be empty and rusted.

Andrea Dutton of Gainesville, Florida, has just joined the faculty at the University of Wisconsin-Madison—far away from the most direct effects of sea-level rise. She is an expert in sea-level rise research.

Michael E. Mann is distinguished professor of atmospheric science at Pennsylvania State University. His most recent book, with Tom Toles, is The Madhouse Effect: How Climate Change Denial Is Threatening Our Planet, Destroying Our Politics, and Driving Us Crazy (Columbia University Press, 2016).

The views expressed in this article are the writers' own.

The Koch Brothers Have A Mandate To Destroy The EV Revolution — Are You Buying In?