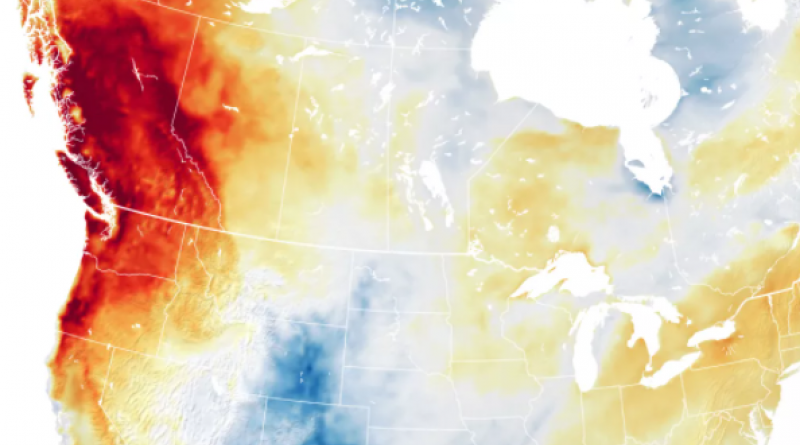 Monday was the hottest day ever for many US cities and the entire country of Canada.

The Northwestern United States and Pacific Canada are in the grips of a heat wave that the National Weather Service called "historic and dangerous" in a bulletin on Sunday (June 27). A weather anomaly called a "heat dome" is partially to blame.

In the last few days, multiple cities across Washington, Oregon, Northern California and British Columbia have seen scorching all-time heat records fall, including a reading of 108 degrees Fahrenheit (42 degrees Celsius) in Seattle on Sunday (June 27) — the city's highest recorded temperature ever — and a high of 117 F (47 C) in Salem, Oregon, on the same day. In Portland, the city's streetcar system had to cancel service for the day because the power cables were melting in the heat. 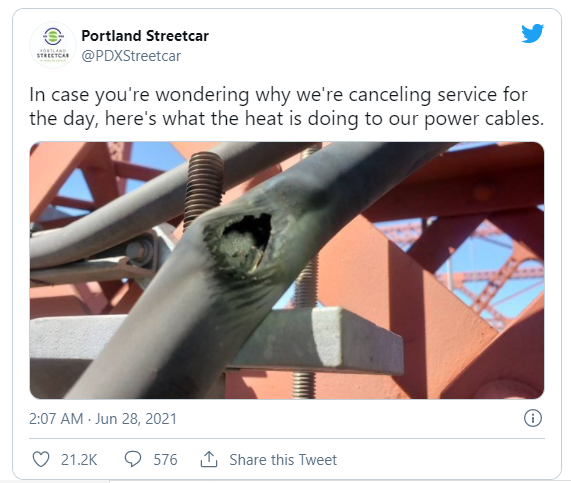 Meanwhile, north of the Canadian border, the town of Lytton, British Columbia, recorded a high of 116 F (47 C) on Monday — the hottest temperature ever recorded anywhere in Canada, according to NASA's Earth Observatory.

While average summer temperatures are steadily increasing every year due to human-induced global warming (2020 tied 2016 for the planet's hottest year on record, Live Science previously reported), a meteorological anomaly is also partly to blame for the Pacific Northwest heat. Conflating high- and low-pressure systems have trapped the region in a so-called heat dome, according to CBS News — essentially, "a mountain of warm air" locked in place by undulations in the jet stream (a river of strong wind weaving high through the upper atmosphere), the news site reported.

In this case, the jet stream has trapped a ridge of high pressure (that's the heat dome) over the Pacific Northwest, creating a block in the atmosphere that prevents the weather system from moving on. Instead, the hot air in the high-pressure system pushes down over the region, creating a suffocating blanket of heat. As you can see in weather maps like this one, the wind patterns swirl around the heat block in the shape of the Greek letter Omega — giving systems like these the nickname "Omega blocks," according to CBS.

Fortunately, it seems that the worst is over for now, the National Weather Service reported on Tuesday (June 29), with "the stagnant upper-level high pressure in place over the region [beginning] to shift to the east over the next couple of days." The highest temperatures will likely fall in eastern Washington, Oregon and western Idaho for the next few days, the NWS added, and eventually move over Montana by Thursday (July 1). Excessive heat advisories remain in effect for much of the region.