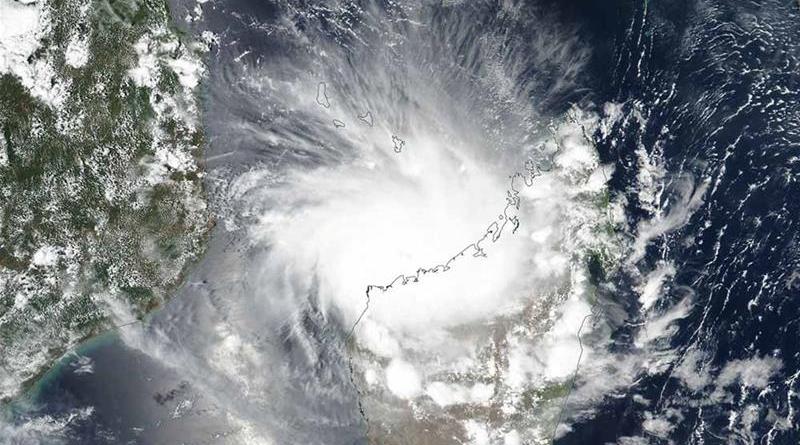 Nine people were killed and more than 1,400 rendered homeless after a major storm slammed into the island.

Nine people were killed and three are missing in northwest Madagascar after Cyclone Belna came ashore with winds equivalent to a Category 2 hurricane.

The cyclone near the coastal town of Soalala with winds of up to 155 kilometres per hour (96 miles per hour) was the first storm of the season making landfall in the Indian Ocean.

Colonel Elack Olivier Andriakaja of the national catastrophe management office said on Tuesday that more than 1,400 residents were rendered homeless when their houses were either destroyed, damaged or flooded.

Those displaced found temporary shelter in primary schools, mosques, and district offices but they need food, said Andriakaja. Emergency food rations will need to be delivered to Soalala by sea because many roads were damaged.

The storm blew off or dislodged the roofs of 80 percent of the town's residences and government offices, said Soalala's Member of Parliament Naina Randriamisa.

The final warning for Belna was issued by the Joint Typhoon Warning Center and remnants of the storm will continue across the southern part of the island. Heavy showers are likely across the south through Thursday.

Why the Indian Ocean is spawning strong and deadly tropical cyclones.

Cyclone Idai: How the storm tore into southern Africa.