Delhi, London could run out of water amid rising heatwave: Report 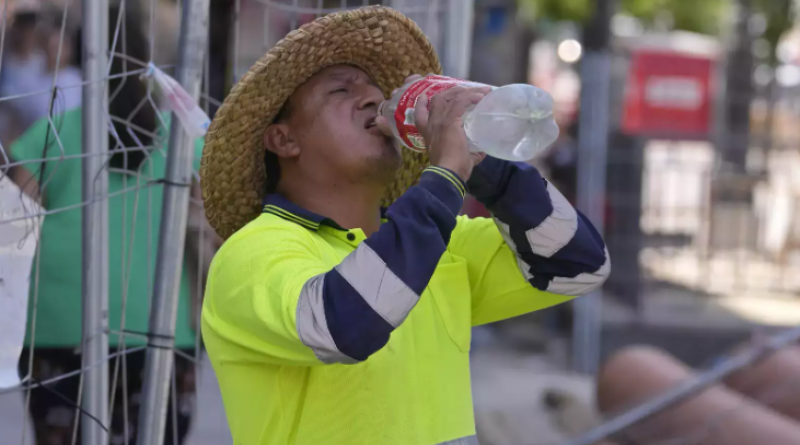 As heatwave strikes the UK, and Indian cities battle with record temperatures, a recent report from Christian Aid highlights how the climate crisis is increasing the severity of drought in 10 of the world's major cities comprising London and Delhi and demands an international fund to pay for climate caused loss and damage.

The charity has warned that without action to cut emissions and better management of freshwater resources, the toll will be felt acutely by the poor.

Despite this, Christian Aid analysis shows global water use grew at more than twice the rate of population increases over the course of the 20th century.

Just last month, there was water rationing in the Chilean capital, Santiago and people have been queuing for water in New Delhi where temperatures have got so high that heatstroke is a risk even without doing any physical activity.

In 2018, after an extended drought, Cape Town came within days of becoming the first major city in the world to run out of water. 'Day Zero', when the taps for four million inhabitants would be turned off, was averted after emergency measures were implemented to cut the city's water usage by 50 per cent.

Even in the UK, London has experienced heatwaves in recent years and the CEO of the Environment Agency, James Bevan, warned that within 25 years London and the South East of England could run out of water.

The cost of a severe drought to London's economy is estimated by Thames Water to be 330m pound per day, and would have severe economic, social and environmental consequences.

The Environment Agency has said that by 2050 some rivers will see 50-80 per cent less water during the summer months.

The report -- Scorched Earth: The impact of drought on 10 world cities -- has been published alongside new polling by Savanta, commissioned by Christian Aid.

The data reveals that given several options, a plurality of the UK public believe that rich countries should pay to mitigate the impact of drought (36 per cent).

The 10 cities featured in the report, which was first published in May, are Sydney, Harare, Sao Paulo, Phoenix, Beijing, Kabul, New Delhi, Cape Town, Cairo and London. The danger of city droughts is only set to get worse without action to address climate change.

Currently, 55 per cent of the world's population lives in urban areas, with this set to rise to 68 per cent by 2050.

Without action to cut emissions and better management of freshwater resources, Christian Aid warns the toll will be felt acutely by the poor.

Report co-author, Christian Aid's Nushrat Rahman Chowdhury, said: "Drought is not new but its intensity and frequency have increased over the last 30 years due to global warming.

"It is a real danger; it threatens lives and livelihoods of some of the poorest people in the world. These are communities which have done the least to cause the climate crisis. This is the reality known as loss and damage. To address this injustice, we not only need emissions cut but also provide financial support for those losses which cannot be adapted to.

"That is why, at this year's UN climate talks in Egypt, we are calling for the creation of a loss and damage finance facility to be a major priority."

"With more and more people living in cities, this is already becoming a major consequence of the climate crisis which will affect millions of people.Here in Africa we bear the brunt of this climate emergency, so we are acutely aware of the value and importance of water and what happens if we run out."