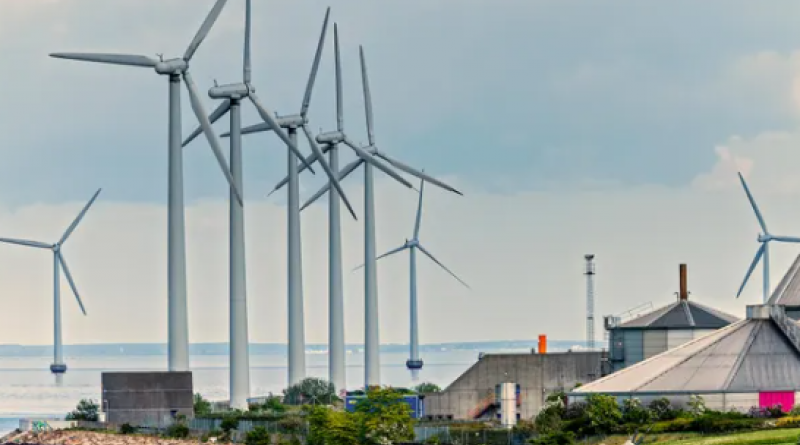 Report says country set to cut carbon emissions by 54% compared with 1990 levels, not 70% as planned.

The Danish government’s efforts towards meeting the country’s ambitious target of reducing emissions by 70% by 2030 have been judged “insufficient” by the body tasked with monitoring its progress, with measures so far announced only likely to take it a third of the way.

In its first annual status report, the Danish Council on Climate Change said new laws, inter-party agreements and initiatives announced since the country’s climate law came into effect last June would reduce emissions by the equivalent of 7.2m tonnes of CO2 by 2030, which is only enough to reduce Denmark’s emissions by 54% compared with 1990 levels.

“This is an important first step, but from this, it cannot be deduced that we have now met a third of the challenge,” the report warns, noting that as the country has started with “low-hanging fruit”, all remaining reductions would be more difficult to achieve.

“There is still a long way to go towards the goal, and this underlines the great challenge that Danish society has set itself.”

Rasmus Helveg Petersen, the climate spokesperson for the Social Liberal party, told the Politiken newspaper that the report was a “massive fail with a capital F” for the government’s climate efforts and “a wake-up call” for every party in government to step up efforts.

But Denmark’s climate minister, Dan Jørgensen, told the state broadcaster DR he welcomed the “good advice and recommendations” and believed the government had been “busy”.

“Obviously, we have less than 10 years to meet this goal, but fortunately we’ve reached over a third of the way,” he said. “It’s been a pretty strong first year and a half, but we need to be at least as strong for the rest of the time.”

After the environment unexpectedly became the hottest campaigning issue in Denmark’s 2019 election, the winning Social Democrats and its support parties agreed on the 70% reduction target.

Despite the coronavirus pandemic dominating the government agenda, the parliament in June still voted through a climate law making the target legally binding on all future governments, with the government at the same time launching a plan to establish two “energy islands”, one artificial and one on Bornholm, which will together supply 5GW of wind power.

Jorgen Elmeskov, the council’s vice-chair, told the Guardian it was important that the government now published a clear and detailed framework of how it intended to meet its goal; take steps to establish a uniform carbon-pricing regime, and gave a “broad signal” of where the price will be by 2030; struck a political deal to reduce emissions from agriculture; and made rapid progress on carbon capture and storage (CCS).

“There are only nine years left until 2030, so there’s a sense of urgency clearly present in the report,” he said. “For very many of the initiatives, it will take some time to move towards implementable policy and then for the implemented policy to have its effect.”

In the report, the council notes that Norway’s Northern Lights CCS project, which will not begin storing carbon before 2025, was launched in 2015, suggesting it could take 10 years for Denmark to establish a similar scheme.

Jørgensen said last summer that government spending to support businesses and individuals through coronavirus lockdown had reduced the government’s capacity to finance the country’s green transformation. But in its report, the council argues that the pandemic has also highlighted the potential for changing public behaviour, with, for example, increased homeworking and more digital meetings.

“The Covid-19 pandemic has shown that at some points it is possible to significantly change our routines and habitual behaviour,” the report reads. “Although many things have been hampered and hindered by the pandemic, we may also be able to take some experience further that can be used in relation to the future climate efforts.”

Elmeskov noted that the country was still at the beginning of its transformation.

“Of course, we cannot expect less than a year after the Climate Act came into effect, to have everything adopted by the parliament so that for the rest of the period, we can just sit down and wait,” he said, adding the government should now set up “processes for developing policies where there currently are no policies”.

“This is something you can start doing by tomorrow,” he said.

Denmark calls for EU plan to phase out diesel and petrol cars.