Disney VIP world tour will produce 6.2 tonnes of carbon for each guest 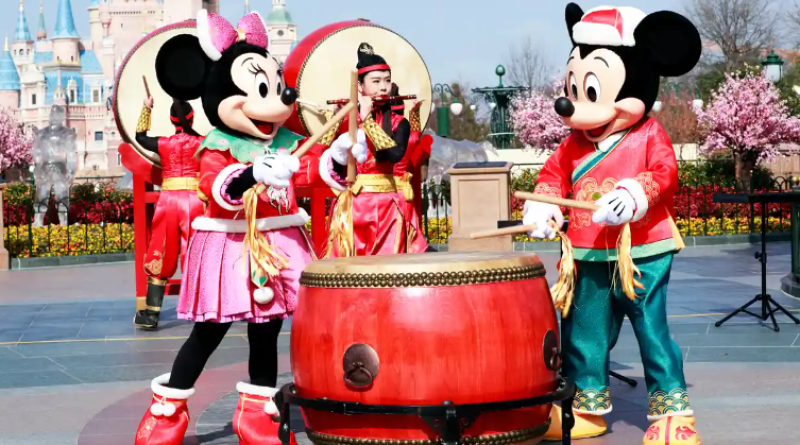 Disney is marketing a $110,000-a-ticket elite package tour that comes with a carbon price tag of 6.2 tonnes of emissions for each guest – 20 times more than a person in a low-income country accounts for in an entire year.

The 24-day “bucket list adventure”, which is limited to 75 guests, takes in 12 Disney resorts in six countries on three continents. Customers will travel on a “VIP-configured” Boeing 757, accompanied by Disney staff “who [will] provide fun and fact-filled stories enabling you to be immersed in every location you visit”.

Passengers embark from Los Angeles, California, on 9 July 2023. From there they will fly to San Francisco, then to Tokyo via Anchorage, on to Shanghai and Hong Kong, then Agra in India, Cairo, Paris, then finish in Orlando, Florida. The tour is already fully booked.

An analysis by the clean transport group Transport & Environment (T&E) found the jet fuel burned to power the aircraft for the total 19,600-mile (31,500km) journey would emit a total of 462 tonnes of carbon dioxide – or 6.2 tonnes for each paying guest, which is more than most people in the world account for in an entire year.

In 2019, average annual CO2 emissions per capita in a low-income country were 0.3 tonnes, according to data collected by the World Bank. Globally, the average annual carbon footprint was 4.5 tonnes per capita. If the world is to meet the goal of remaining within 1.5C of global warming, every person on Earth would need to emit an average of just 2.3 tonnes of CO2 a year by 2030. 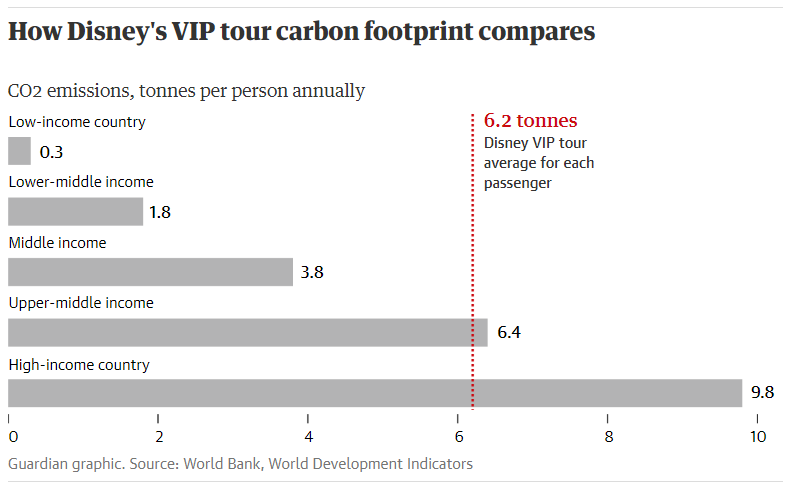 Jo Dardenne, the aviation director at T&E, said: “This Disney tour shows once again that there is no mode of transport more unjust than air travel. Only the privileged few get to fly, exploding their annual carbon footprints with just one such holiday.

“And while the price may seem extortionate, it doesn’t even adequately reflect the true cost of the pollution.”

A Disney spokesperson said the company had “a long commitment to protecting the planet and delivering a positive environmental legacy for future generations”.

Disney would be monitoring the emissions from the tour and balance them with “investments in high-quality, certified natural climate solutions” that would “result in verified emissions reductions”.

“Our investments in these projects also prioritise providing co-benefits like conserving habitat for wildlife, creating jobs, protecting water resources, and reducing impacts from floods and soil erosion,” the spokesperson said. 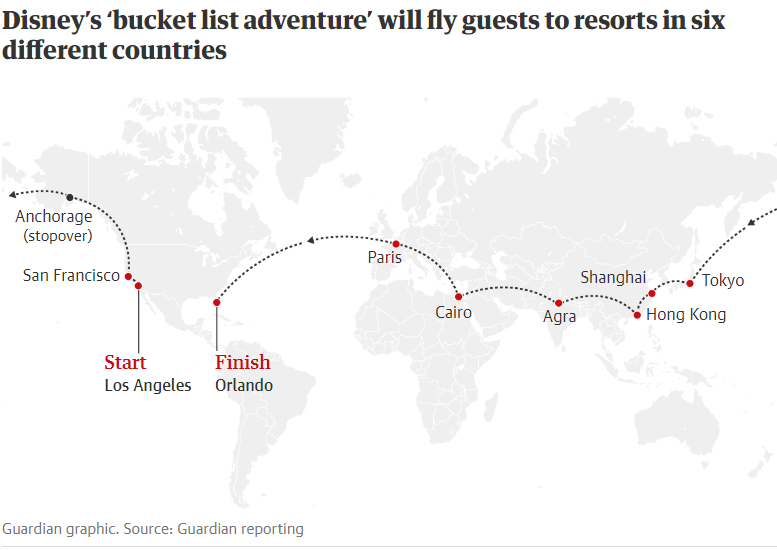 Climate campaigners pointed out the tour, which costs $109,995 (£91,000) a ticket, highlights research showing how, globally, wealthier individuals are disproportionately responsible for the lion’s share of carbon emissions.

One study found that frequent-flying “super-emitters”, who represent just 1% of the world’s population, were responsible for half of the carbon emissions of the aviation industry in 2018. North Americans flew 50 times as far as people from Africa, and 10 times more than people from the Asia-Pacific region, according to the 2020 study.

Another study published that same year found the global north was responsible for 92% of excess emissions while the countries of the south accounted for just 8%. A third study shows the gap is continuing to widen, with the richest 10% of households globally responsible for almost half of emissions in 2015, compared with 34% five years earlier. The poorest half of the world’s population accounted for 15% of CO2 emissions.

Recent research by Oxfam found that the carbon footprints of the world’s richest 1% are by 2030 set to be 30 times greater than the level compatible with holding global heating to 1.5C above pre-industrial levels.

Sam Nadel, Oxfam’s head of government relations, said: “It is bewildering that business is not doing more to support global efforts to reach net zero. This is an egregious example of irresponsible emissions, and it’s not the only one. Companies around the world need to address their carbon impact.

“The emissions of the wealthiest 10% of the population alone could send us beyond the agreed 1.5 degrees limit in the next nine years, while in comparison the poorest half of the global population will still emit far less.

“This carbon inequality leaves the poorest and most vulnerable to deal with the devastating consequences of our overheating planet.”

EU Carbon Market to Expand to Shipping, Housing and Transport