Don't Look Up Is a Climate Change Movie in Disguise 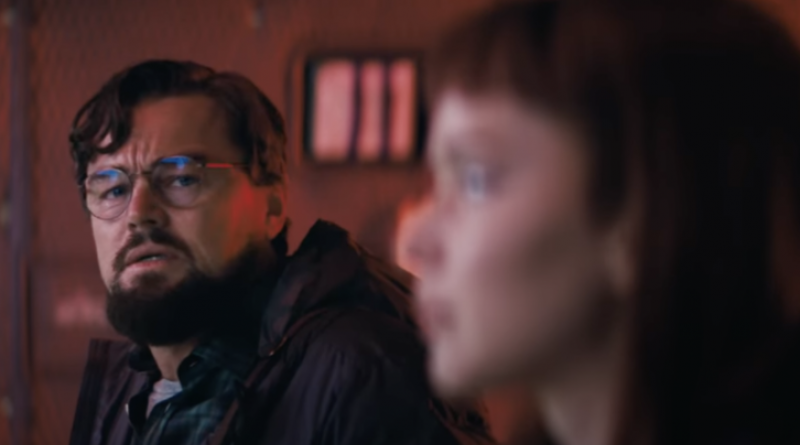 The forthcoming Netflix movie is about an comet hitting Earth. We are the freaking comet, people.

I don’t have to see more than the two-and-a-half-minute trailer for Don’t Look Up to feel confident in saying that it will almost surely be the best climate film made to date.

Netflix dropped the trailer on Tuesday that, on first blush, may look like a standard disaster comedy. (Does this genre exist?) Scientists played by Leonardo DiCaprio and Jennifer Lawrence raise the alarm to the U.S. government about a comet headed for Earth. The government’s response is to promptly ignore them to “sit tight and assess.” The media doesn’t treat it seriously. An when the government finally comes around to thinking about the comet, the goal is to profit off of it.

“What do trillions of dollars matter if we’re all going to die?” DiCaprio’s character asks, to immediate mockery.

The parallels with climate change are striking. Scientists have known about the greenhouse effect for nearly two centuries. There’s a newspaper article from 1912 linking burning coal to climate change. Exxon’s own scientists perfectly predicted the current state of climate change in 1982. There has been no shortage of alarm bells that have been ringing, and they’ve reached a crescendo in the past few years.

Yet the U.S. government—and indeed, basically every government in the world—has essentially shrugged. Carbon dioxide emissions have continued unabated. With a crisis point upon us now, governments have turned to profit as a reason to address it.

“There’s no question anymore that this is a catastrophe and we have to fix it,” White House climate advisor Gina McCarthy said at global climate talks earlier this month. “The question is, how do we do it in a way that captures the economic value associated with that? We do have to turn this challenge into a creative opportunity. And all that will make money. And God bless America.”

“The old notions of why the private sector should decarbonize—because planet must be put before profit—are no longer universally true,” Treasury Secretary Janet Yellen said at the same talks.

The oeuvre of climate movies is fairly thin. The Day After Tomorrow is perhaps the most well-known. While the movie captures some of the dynamics seen in real life, notably the government sidelining scientists as the world ends, it does so in a heavy-handed way that masks just how darkly absurd our current predicament is. (It also stars Jake Gyllenhaal, which is now problematic I guess.) That’s why I have high hopes for Don’t Look Up. Even though it’s ostensibly about a celestial body crashing into Earth, the message in the trailer hits a lot closer to home.