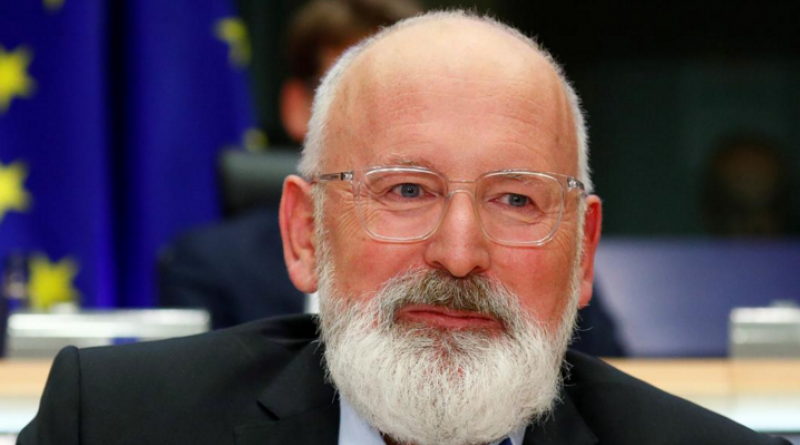 Environment ministers from Spain, Portugal, Latvia, Sweden and four other EU countries presented their demand in a letter, which was seen by Reuters ahead of Timmermans’ confirmation hearing in the European Parliament due later on Tuesday.

While there is broad - if not unanimous - support for the EU to achieve net-zero emissions by 2050, there are differences among members over how much progress should have been made by 2030. In 2018, the majority of EU states agreed on a 40% reduction, a goal some have criticized as not ambitious enough.

Timmermans will be on the stand on Tuesday as the proposed Executive Vice-President for the European Green Deal, the signature climate and environmental policy package of the incoming head of the bloc’s powerful executive European Commission, Ursula von der Leyen.

The letter asks for increased ambitions “to underpin the European Green Deal to drive the in-depth transformation and bold measures needed across all sectors of the economy.”

Von der Leyen has already tasked Timmermans, a former Dutch foreign minister, with increasing the 2030 goal from 40% to “at least” 50%.

Germany, where chancellor Angela Merkel has spoken in favor of the 55% target, did not sign the letter after government ministries in Berlin failed to agree on a set of climate protection measures earlier this month.

Germany hesitated over backing the net-zero 2050 target, fearing it might open a door for the bloc to reassess its 2030 goal and hurt its car industry. It did, however, back both the 2030 and 2050 goals at an EU summit in June.

We have too many fossil-fuel power plants to meet climate goals.