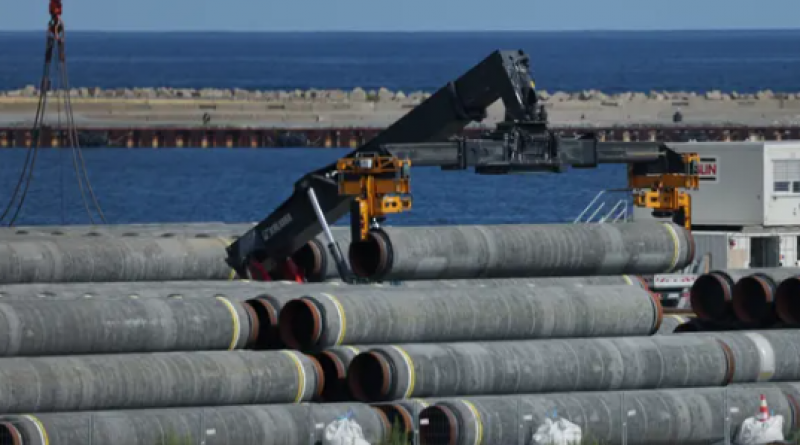 European lawmakers have voted to prolong subsidies for fossil fuel gas until 2027, opening a potential backdoor for pollution that campaigners said would be a disaster for the climate if it becomes law.

Members of the European parliament’s industry committee voted on Tuesday to allow the EU to continue subsidising natural gas pipelines until the end of 2027, as long as the energy is mixed with an unspecified amount of hydrogen.

Hydrogen, which can be made from fossil gas or renewable sources, is seen by policymakers as a vital stepping stone to net zero emissions by 2050.

The committee also voted to allow natural gas projects, such as pipelines and storage facilities, to be eligible for special status that will speed up their approval, although they ruled out access to EU grants for such projects. Campaigners estimate between 50 and 70 natural gas projects could obtain “project of common interest” status, an EU seal of approval that helps plans get off the drawing board, gain access to finance and exemptions from EU competition rules.

The campaign group Global Witness estimates that about 70 gas projects could be eligible, producing 213m tonnes of CO2 emissions a year, equivalent to Germany’s coal burning in 2018.

The two controversial amendments to the EU’s trans-European energy infrastructure regulation were approved by MEPs, barely three months after the European Commission said the world was entering “a make or break decade” to tackle the climate crisis. The commission’s original “Ten-E” text proposed sweeping away special status for all natural gas projects as part of the union’s effort to hit net zero emissions by 2050.

In May the International Energy Agency said rich countries should decarbonise electricity generation by 2035, while calling for an immediate stop to the approval of new oil and gas fields.

The European parliament, which elected a record number of green MEPs in 2019, is usually the most ambitious player on the climate emergency in the world of EU law making. On this occasion, however, campaigners were surprised and disappointed when MEPs watered down the original plans, by allowing natural gas companies to continue competing for special status, and opened the door to subsidies for any gas company that claims to be “hydrogen-ready”.

Under the parliament’s compromise on blending, energy companies blending an unspecified mix of fossil gas and hydrogen are eligible for EU subsidies until 2027, as long as they have a plan to drop gas by the end of the decade. Even once EU subsidies are stripped away, the same gas/hydrogen pipelines will be eligible for fast-track approval until the end of 2029.

The MEP position was drafted by Zdzisław Krasnodębski, a member of Poland’s ultra-conservative Law and Justice party, who is vice-chair of the parliament’s industry committee.

He said: “The objective of this revision is to align the Ten-E regulation with the objectives of the European Green Deal. We should also bear in mind, however, that energy union priorities remain valid and should still be reflected in the rules governing the support for important energy infrastructure projects.” In addition to sustainability, he said projects would be evaluated based on their contribution to energy security, market integration and affordability for consumers.

His final compromise was supported by most MEPs in the largest political groups, including the centre-right European People’s party, the centre-left Socialists and Democrats and the centrist Renew group. Green MEPs abstained.

The parliament will now enter negotiations with EU energy ministers, who left much less room for gas projects when they agreed their negotiating red lines earlier this year.

“Today’s vote would be a disaster for the climate if it ends up being reflected in the final law,” said Tara Connolly, a senior campaigner at Global Witness. “The science is clear: we need to urgently phase out fossil gas to prevent the worst effects of climate breakdown. EU member states must not fall for this giveaway to the fossil fuel industry, and close the loopholes which would allow fossil gas subsidies when negotiations start.”

Erik Bergkvist, a Swedish Social Democrat MEP, involved in the compromise, said it was the best possible agreement. “What would the alternative have been? Of course we could have stepped off negotiations, but then we know we would have had a result that would have been much worse. The main thing that we have been asking for … is an end date for fossil fuel investment. It’s better to have an end date, otherwise there wouldn’t be a phase out.”

He voiced optimism that EU-subsidised fossil fuel gas would only exist in small quantities, when blended with low-CO2 hydrogen. “We have to remember that blending is low-carbon. The main proportion will be renewable hydrogen gas.”

While he acknowledged that the fossil gas/hydrogen mix had yet to be defined – a task for another EU negotiation – he insisted it would be “quite narrow and quite tough on fossil fuels”. The hydrogen/fossil gas blend “cannot be 95% carbon [dioxide]”.

Green campaigners do not share this optimism. They would reserve scarce and expensive renewable hydrogen for industries that are difficult to decarbonise, such as fertilisers. Mixing hydrogen with natural gas was like “mixing champagne with table wine,” said Connolly. “You want to use [hydrogen] where it is most valuable, otherwise you put a huge amount of costs on everyone”.

THE VIEWS OF AN ASPIRING ENVIRONMENTAL PHYSICIST & RENEWABLE ENERGY TECHNOLOGIST