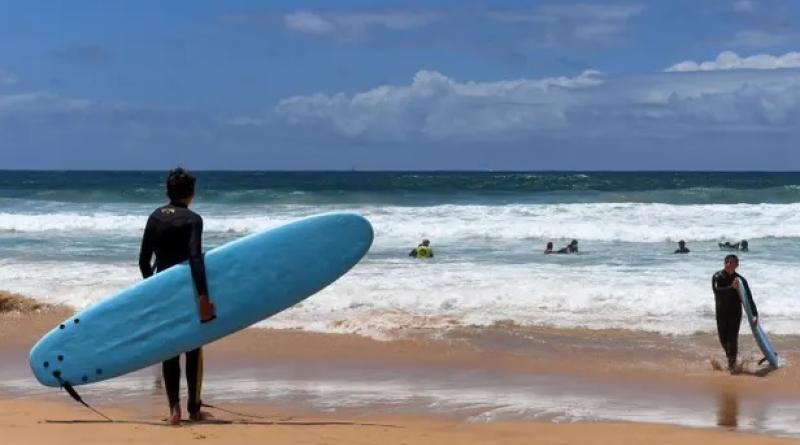 Waters off Sydney are undergoing an extreme marine heatwave with temperatures likely at their highest levels on record for January.

Satellite data is showing the ocean surface off the coast of Sydney at 3C above normal, with swimmers and surfers reporting conditions that feel more like February and March than early January.

Prof Moninya Roughan, an oceanographer at the University of New South Wales and an expert in marine heatwaves, said the hottest water was covering an area of about 200sq km.

Roughan is waiting until new data becomes available in the coming weeks from a long-term ocean temperature monitoring station at Port Hacking, where temperatures have been observed since the 1950s.

But she said: “It appears now to be reaching those record levels and will likely be the hottest January on record. It’s an extreme marine heatwave.”

She said there were three factors behind the extra heat.

Global heating was pushing up background temperatures in the ocean, a La Nina weather system was helping transport warmer waters south, and atmospheric conditions were also playing a role.

“Marine heatwaves are having severe consequences on ecosystems and they can kill habitats,” she said.

She said the warm belt of water off Sydney was still attached to the East Australian Current – the 100km-wide belt that runs south from the Great Barrier Reef in Queensland to the area off Sydney.

She expected a large eddy would break off from the tip of the current and take warmer waters south of Sydney.

“I expect that water will hang around and push south over the coming months,” she said.

“It’s been over 21C in the water for over a month now. Everyone that surfs has been talking for weeks about how it’s felt more like February and March than December [when the heat started to build].”

He said the warmer water was likely bringing bull and tiger sharks into the area and also farther south. Other species would also likely be arriving on the warmer waters.

Harcourt said while some species may benefit from warming oceans, the change in ocean temperatures along the eastern coast of Australia was dramatic.

“A lot of animals will do poorly. A lot of animals that live in cooler waters, like seals and sharks, have a habitat that’s shrinking fast and the implications are hard to measure, but it’s likely to be dramatic.”

“Whale sharks do come down the coast but they’re rare,” he said.

He said warm water arriving on the current was nothing new, but this arrival was particularly early and was unusually warm.

Research in the journal Nature has found marine heatwaves around the globe are becoming more frequent and are lasting longer.

Separate research suggests the southern points of the East Australian Current are also warming faster than the area farther north.