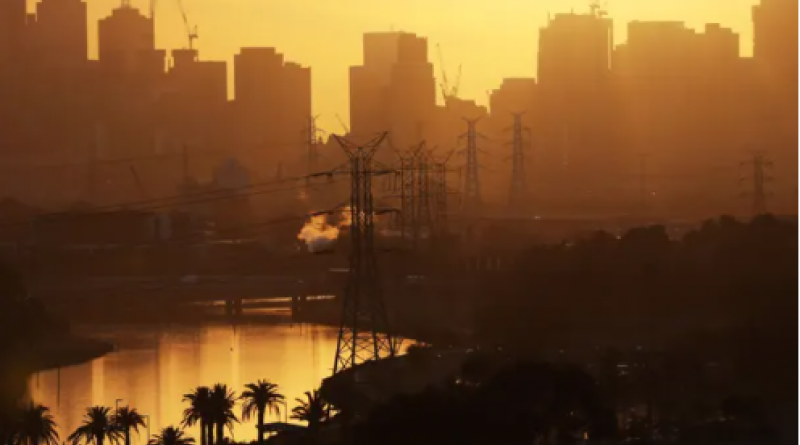 More people died of cold than heat in past 20 years but climate change is shifting the balance.

More than 5 million people die each year globally because of excessively hot or cold conditions, a 20-year study has found – and heat-related deaths are on the rise.

The study involving dozens of scientists around the world found that 9.4% of global deaths each year are attributable to heat or cold exposure, equivalent to 74 extra deaths per 100,000 people.

It’s prompted calls for better housing insulation and more solar-powered air conditioning, as well as warnings that climate change will increase temperature-linked deaths in the future.

Researchers analysed mortality and weather data from 750 locations in 43 countries between 2000 and 2019, and found the average daily temperature in these locations increased by 0.26C per decade.

The study found more people had died of cold than heat over the two-decade period. But heat-related deaths were increasing, while cold-linked deaths were dropping.

Monash University’s Prof Yuming Guo, one of the study’s lead researchers, said this trend would continue because of climate change, and total mortality rates may go up.

He said in Europe there had already been an overall increase in the rate of deaths associated with temperatures.

“If we don’t take any action to mitigate climate change … more deaths will be caused.”

The study, published in the journal the Lancet Planetary Health, took into account the differing optimal temperatures for people living in different regions.

“Populations have the ability to adapt to local weather,” said Guo.

The highest heat-related excess death rate was in eastern Europe, while sub-Saharan Africa had the highest mortality rate linked to cold temperatures.

Prof Adrian Barnett from the Queensland University of Technology, who was not involved in the study, said heart attacks, cardiac arrests and strokes increase in both extremely cold and hot conditions.

“People particularly at risk are people who have some kind of pre-existing heart and lung condition,” he said.

Populations are well adapted to the climates where they live, in terms of their housing, clothing and behaviour, Barnett said. “Hot countries have fewer heat deaths, but that’s likely to change.”

Barnett said mitigation strategies such as better housing insulation and off-grid solar-powered air conditioning – which would work even during power outages – should be considered.

The findings come as a separate analysis by the Global Climate and Health Alliance ranked Australia equal last out of 66 countries for efforts to include human health concerns in their climate commitments.

Australia, New Zealand, Brazil, Norway and Iceland all received a score of zero out of 15 on the report card as countries that failed to even mention human health in their nationally determined contributions.

The organisation also examined what countries were doing to strengthen their health systems for the burdens caused by the climate crisis, how much extra funding these policies received, and to what extent countries acknowledged that reaching net zero emissions would have co-benefits for human health.

The European Union was also near the bottom, with a score of one out of 15, while the US and the UK received scores of 6 and 7 respectively. Costa Rica was ranked highest, scoring 13 out of 15.

In May, more than 60 health groups, including the Australian Medical Association and Hesta Super Fund, called on the Morrison government to prioritise health in Australia’s climate goals under the Paris agreement.

“This scorecard shows that Australia is again at the bottom of the pack when it comes to taking the health effects of climate change seriously,” said Fiona Armstrong, the executive director of Australia’s Climate and Health Alliance.

“The prime minister must both act to reduce emissions, and prioritise health in our international climate commitments before COP26 to protect our health.”

Summer Is Already Off to a Wild Start