Exxon predicted in 1982 exactly how high global carbon emissions would be today. 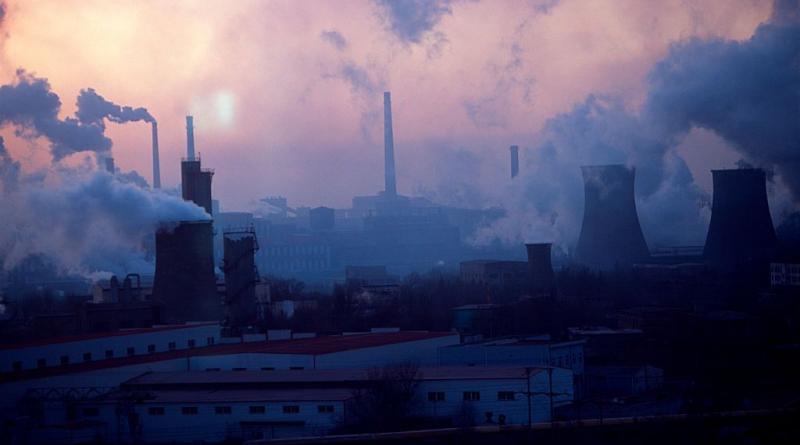 CO2 in the atmosphere has reached unprecedented levels.

The concentration of carbon dioxide emissions in the atmosphere reached an unprecedented level this month. Researchers at the fossil fuel giant Exxon saw it coming decades ago.

Measurements taken on May 3 at the world’s oldest measuring station, the Mauna Loa Observatory in Hawaii, recorded “humanity’s first day ever with more than 415 parts per million [ppm] CO2 in the air,” according to the United Nation’s climate changeTwitter account. As of May 12, levels have remained steady at 415 ppm.

Never before in human history has there been so much carbon dioxide in the atmosphere. The last time scientists believe it may have been this high was 2.5 to 5 million years ago during the Pliocene epoch, when sea levels were 25 meters higher than today and global temperatures were warmer by 2-3 degrees Celsius.

Unlike back then, however, the record carbon dioxide emissions being recorded now are the result of humans burning fossil fuels, which releases harmful heat-trapping pollution into the atmosphere. And scientists at Exxon predicted this decades ago.

According to an internal 1982 document from Exxon Research and Engineering Company — obtained by InsideClimate News as part of its 2015 investigation into what Exxon knew about the impact of fossil fuels on climate change — the company was modeling out the concentration of carbon emissions several years into the future.

According to a graph displaying the “growth of atmospheric CO2 and average global temperature increase” over time, the company expected that, by 2020, carbon dioxide in the atmosphere would reach roughly 400 to 420 ppm. This month’s measurement of 415 ppm is right within the expected curve Exxon projected under its “21st Century Study-High Growth scenario.”

Not only did Exxon predict the rise in emissions, it also understood how severe the consequences would be.

“Considerable uncertainty also surrounds the possible impact on society of such a warming trend, should it occur,” the internal document stated. “At the low end of the predicted temperature range there could be some impact on agricultural growth and rainfall patterns which could be beneficial in some regions and detrimental in others.”

“At the high end, some scientists suggest there could be considerable adverse impact including the flooding of some coastal land masses as a result of a rise in sea level due to melting of the Antarctic ice sheet,” it continued, stating this would only take place centuries after temperatures warmed by 3 degrees Celsius.

Despite this knowledge, the company chose not to change or adapt its business model. Instead, it chose to invest heavily in disinformation campaigns that promoted climate science denial, failing to disclose its knowledge that the majority of the world’s fossil fuel reserves must remain untapped in order to avert catastrophic climate change.

From more intense flooding, drought, heat waves, wildfires, and hurricanes, the world is becoming increasingly aware of what life in a warming world will look like. In 2018, the United States alone experienced 14 different climate and weather-related disasters, each costing over a billion dollars.

The record carbon emissions recorded this month indicate things will most likely continue to get worse; carbon remains in the atmosphere for a long time, meaning it continues to warm the world long after it is emitted. “This is a grim reminder of the perilous path we are on,” climate scientist Michael Mann said.

Mann was one of three scientists to first release what is known as the famous “hockey stick” graph in 1999. The graph, illustrating temperature increase over time, takes the shape of a hockey stick due to the sharp increase after the Industrial Revolution. Twenty years after the graph was released, CO2 levels were roughly 366 ppm. Today, Mann told ThinkProgress over email, they’re increasing by about 3 ppm each year.

“If you do the math, we’ll cross 450 ppm — which likely locks in dangerous planetary warming of more than 2C/3.5F — in just over a decade,” he said. “That means we have to act dramatically, now, to lower global carbon emissions (by about 5-10% a year) if we are to avert catastrophic climate change impacts".