Fair Cop27? Where did Peter Dutton’s figure of $2tn for climate damage fund come from? 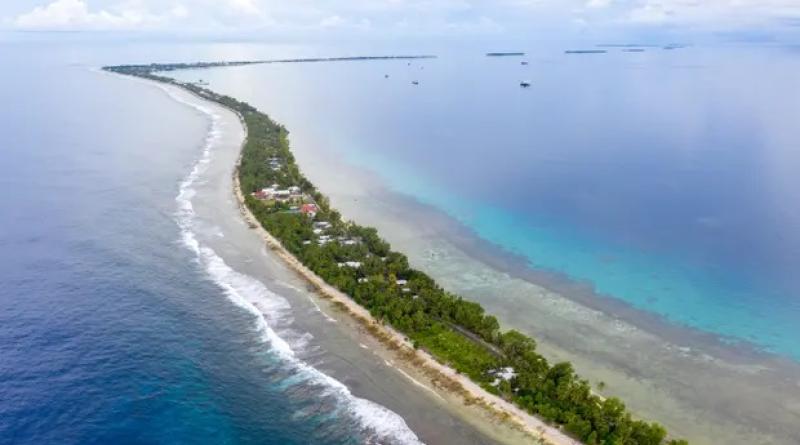 Meanwhile, BP’s CEO was in town spruiking the energy giant’s climate credentials, as its oil output increases from last year

In the wake of the UN climate talks in Egypt, the opposition leader, Peter Dutton, gave birth to a new factoid in a question to the prime minister this week.

The government, Dutton claimed, “has just signed up to funding a $2tn loss and damage climate fund” that would send money overseas.

Prof Jacqueline Peel, an expert on international climate policy at the University of Melbourne, said it “was incorrect on many levels” to refer to a fund when it didn’t exist yet.

Temperature Check sent emails and left messages with Dutton’s office asking where the $2tn figure had come from, but did not receive a response.

So let’s back up a little. What was decided at the UN climate talks in Egypt?

Storms, floods, droughts, heatwaves and rising oceans – all made worse by the climate crisis – can be devastating for developing countries.

Those countries that have contributed the least to the rising levels of greenhouse gases in the atmosphere have been asking for decades for help paying for that “loss and damage”. They have asked for that help from the countries that have been burning copious amounts of fossil fuels since the start of the Industrial Revolution.

In Egypt, almost 200 countries agreed to start the process of setting up “loss and damage” funding facilities and asked for a committee to report to next year’s climate talks in the United Arab Emirates.

But Peel said many things were still undecided.

“It’s potentially a new stream of climate finance but there’s no money in the bank. There are no funding commitments – it’s a decision to set up a fund in the future,” she said.

Despite Dutton’s $2tn assertion, the reality is that nobody knows how much might be needed and even which countries will be eligible to claim is undecided.

The agreement in Egypt only says funding should be available for “developing countries that are particularly vulnerable to the adverse effects of climate change,” which is a definition that will probably set up future disagreements.

Dutton tied his question to the current cost of living crisis, but it will be years before any countries are asked to contribute loss and damage funds.

A report from a group of 20 vulnerable countries said climate impacts had cost them US$525bn over the last two decades.

Another report from an expert group based at the London School of Economics suggested future losses “could be as high as US$150-300bn by 2030.”

These are very high numbers, but they’re not $2tn.

Peel said: “We know the numbers will be big and part of the reason for that is emissions reductions just haven’t been ambitious enough.”

“Don’t judge BP by what we say, judge us by where we are spending our money,” said the energy giant’s chief executive, Bernard Looney, in an interview with The Australian.

Looney was in Australia and launched the company’s new venture to install 600 electric vehicle charging points as part of an effort to put in 100,000 around the world.

Looney pushed BP’s credentials as a company transitioning away from fossil fuels, and told The Australian and the ABC’s News Breakfast program that in 2022 more than 30% of the company’s capital spending was being spent outside oil and gas.

“We are absolutely putting our money where our mouth is,” Looney told the ABC.

Earlier this month, BP released its financial report with figures on its spending for the first nine months of 2022.

BP reported US$8.96bn of capital expenditure across the business, including US$6.04bn on oil and gas production – slightly up on the same period last year.

A BP spokesperson told Temperature Check that its published results for investments in low carbon energy only covered renewables and hydrogen, with investments in bioenergy, EV charging and convenience retailing not separated in its financial reporting.

A statement said: “We’ve said we expect that by 2025 more than 40% of our annual capital expenditure spending will be going into the transition growth businesses, and we aim for this to grow to about 50% by 2030.”

The statement added the company had announced last month it was buying a major US biogas producer for US$3.3bn, as well as investments in EV charging.

“That is what underpins Bernard’s comment,” the statement added.

Dimitri Lafleur, a carbon analyst at Global Carbon Insights, a research group funded by the Australasian Centre for Corporate Responsibility, says BP is “plowing ahead” with investments in new oil and gas that will make climate impacts worse.

He said: “The International Energy Agency has been very clear for two years: any new oil and gas is incompatible with limiting the world to 1.5C global warming.”

On Twitter Kelly posted two pictures of Sydney harbour’s Fort Denison – one reportedly taken in 1885 and another in 2020. The sea level had not changed, Kelly argued.

Dr John Church, a sea level expert at the University of New South Wales, said pictures were “not particularly useful for sea level” without also knowing information about the precise times the images were taken that could include the “state of the tide, wind and wave setup, storm surge, atmospheric pressure” and “good reference points that allow comparison”.

But data from tide gauges at Fort Denison shows the sea level is changing, although the rate is below the global average.

The latest State of the Climate report, published this week, says satellite measurements show Australia’s sea levels rising annually at a rate of between 2 and 3mm in most places and as much as 7-8mm in some hotspots.

This rate is likely to increase as the ocean’s get warmer and ice sheets and glaciers melt, the report said.

cover photo: Tuvalu is one of the most vulnerable nations to the effects of global heating. The Cop27 agreement will establish a fund to help developing nations adapt to the impacts of the climate crisis. Photograph: Sean Gallagher/The Guardian