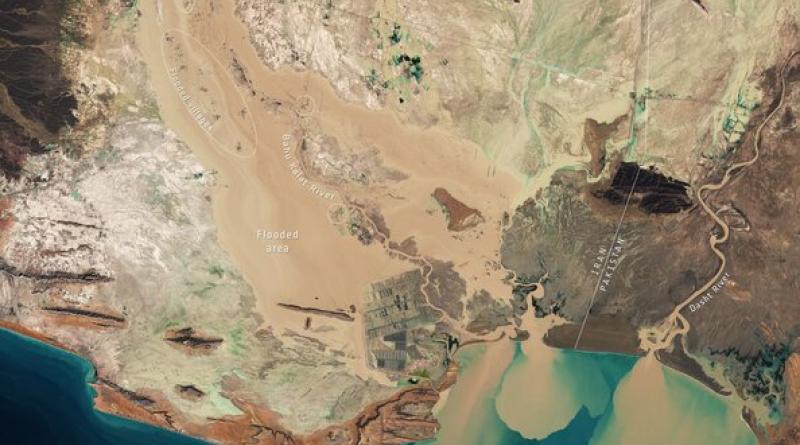 Heavy rainfall has triggered flooding in southern Iran, particularly in the Sistan and Baluchestan, Hormozgan and Kerman provinces. The downpour has led to blocked roads and destroyed bridges, crops and houses – displacing thousands of people.

This image, captured by the Copernicus Sentinel-2 mission, shows the extent of the flooding in the Sistan and Baluchestan province on 13 January 2020.