Floods, storms and heatwaves are a direct product of the climate crisis – that’s a fact, so where is the action? 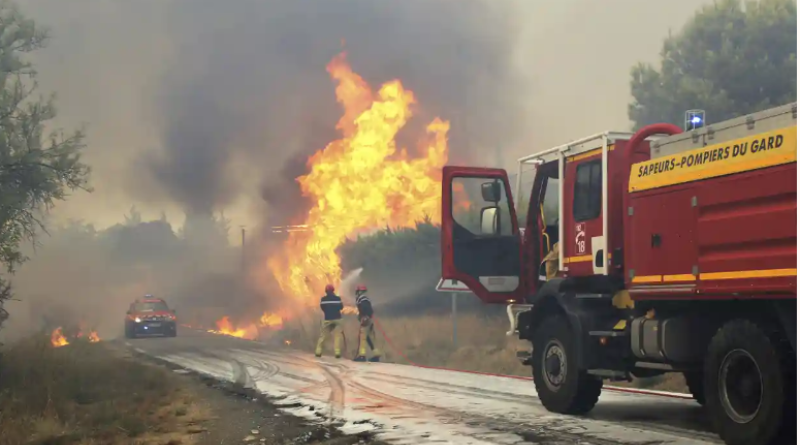 In November 2015, prolonged and heavy rainfall dumped 341mm (13.4in) of rain in Honister, Cumbria, within 24 hours. Just as in 2009 and again in 2013, when massive rainstorms inundated Cumbria and the West Country, lives were lost, thousands of homes were flooded, it took months to recover from and cost hundreds of millions of pounds.

But how far have these winter storms been caused by the climate crisis? Until 2015, the stock answer of government and meteorologists was that it was impossible to attribute the climate emergency to any particular weather event and that they were most likely extreme, once-in-a-century disasters and by implication not much for politicians to worry about.

In 2009, Labour environment secretary Hilary Benn could say that the huge floods in Cumbria were a “once-in-a-millennium” meteorological event against whose consequences no community could wholly protect itself. He was right – up to a point. Many studies assessed in the 2007 Intergovernmental Panel on Climate Change (IPCC) report suggested that extreme weather events should be expected in a heating world – after all, the warmer the air, the more moisture it could hold – but attributing links between unusual flooding and the climate crisis could only be made with “medium” certainty.

That caution was correct and understandable, but it provided fuel for the arguments of deniers and rightwing thinktanks, giving governments around the world the perfect excuse to do little or nothing. Fortunately, climate science moves fast and has a way of catching up with events. Advances in computer modelling meant that given enough long-term data it was possible to estimate the contribution made by the climate crisis to flood events. It was made easier in Britain because of the existence of detailed climate models and regional maps.

Pioneered by teams from Oxford university and the Netherlands, who used the computing power of thousands of desktop machines in people’s homes to run tens of thousands of simulations of individual weather events either with or without the climate crisis, it was shown conclusively by 2016 that global heating was at least partly responsible for increased flooding in Britain.

Now, with even greater computer power and insight, comes the most comprehensive compilation of global attribution studies, analysing more than 500 recent extreme weather events, including heatwaves, droughts, floods and storms. It shows beyond doubt that we are in the era of climate destruction and that the human destabilisation of the climate is global and worsening. At least 12 of the most serious events, the authors conclude, would have been all but impossible without human-caused global heating.

The implications are sobering and must galvanise action. Not only does the new database show that climate breakdown is already ruining economies and costing tens of thousands of lives every year, but that the continuing refusal of governments to act decisively will inevitably prove ecologically disastrous without immediate action.

It shows that a future of spiralling human disasters is all but certain. This year’s record-breaking heatwaves, the wildfires hitting the northern hemisphere, and the floods sweeping Australia, Bangladesh, Uganda and elsewhere will almost certainly be attributed to global heating. Astonishingly, it suggests that one in three deaths caused by summer heat over the last 30 years were the direct result of human-caused global heating, implying a death toll of millions – potentially more than Covid and HIV/Aids. Without rapid action to slash carbon emissions – by 50% by 2030 – far worse extreme weather will ensue.

With these new studies, the most important argument of deniers, oil companies and reluctant governments not to act has been removed. With an immediate and growing global energy crisis gathering pace, and extreme weather affecting most people on Earth, governments must surely come together at the next UN climate summit in November to pledge immediate action.

That means the UK government must urgently invest billions of pounds to insulate buildings, oil companies must drop all plans to extract more oil, and renewable energy must be prioritised over all fossil fuel burning.

For 30 or more years we have had glimpses of what a hotter world would look like but have had only limited ways to understand what was happening. Now we begin to see the full picture of global heating. We are clearly all in it together.

Government policies will not get UK to net zero, warns damning report