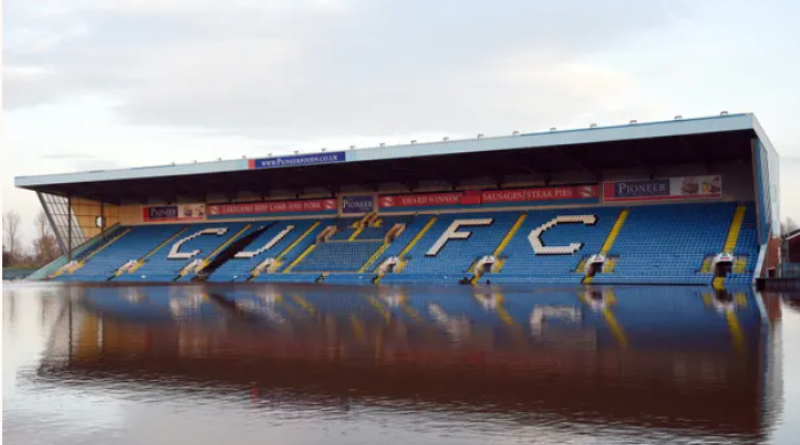 Climate change is a defining global issue, and football is not exempt. Roughly a quarter of England’s 92 league clubs could be regularly flooded within the next three decades, and the average grassroots pitch in England already loses five weeks a season to bad weather. Sport is also a significant contributor to climate change, with an estimated global carbon footprint the equivalent size of Tunisia’s – and that is at the low end of estimates.

It’s tempting to ask fans to reduce our carbon bootprint – but how can we use public transport on matchdays, when it’s often too expensive and sometimes unavailable? There were no trains running from the north-west to Wembley when Liverpool and Manchester City competed in the FA Cup semi-final. The FA provided 100 buses, enough for 5,000 fans.

There is merit to meat-free food options, but it’s a half-baked solution when the energy used to heat pies and light stadiums isn’t even from a renewable source. It’s unhelpful to expect perfection – but we must push for better.

When the government announced a fan-led review of English football governance, “securing the game’s future”, colleagues and I expected environmental sustainability to be acknowledged. While awareness of the link between football and climate change is low, a recent YouGov survey found concern for the environment is at an all-time high among the British public.

The fan-led review references financial sustainability as “clearly the single most important factor” in the context of the challenges facing English football – but does not make a single reference to environmental sustainability or climate change.

Climate change poses a serious financial risk to English football. Just ask Carlisle, who were forced out of their stadium by Storm Desmond for seven weeks at a cost of almost £3m. The club’s chief executive, Nigel Clibbens, has since become an active advocate for action, recently quoting scientific studies that Desmond was 59% more likely to occur because of climate change.

However, environmental sustainability in English football presents a great opportunity. Clubs can make financial savings by eliminating energy inefficiencies and upgrading to environmentally sustainable infrastructure. They can also attract unique sponsors – another attractive form of income. For evidence, look no further than Forest Green Rovers, verified by the UN as “the world’s most sustainable club” and recently promoted to League One.

One million football fields and the entire Grand Canyon: This is how big US and Canada wildfires are

How sustainable can football be?