Ford plans for all cars sold in Europe to be electric by 2030. 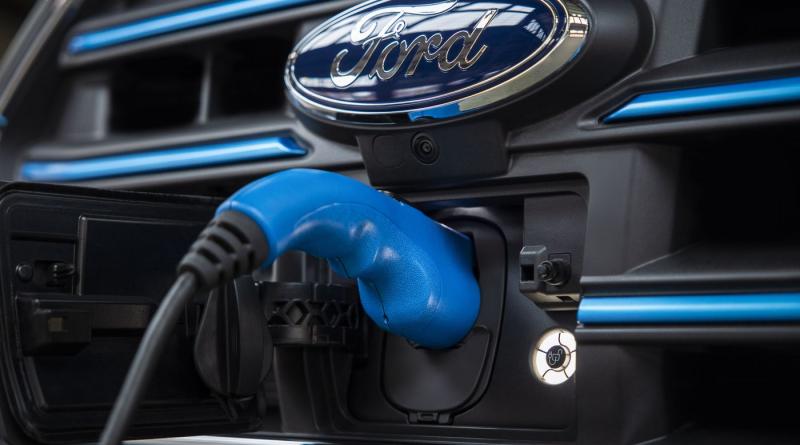 US firm to spend $1bn converting plant in Cologne to become its first electric vehicle facility in Europe.

Ford has pledged that all of its cars on sale in Europe will be electric by 2030, in the latest move by the world’s biggest auto manufacturers to set out plans to move away from polluting internal combustion engines before looming bans on fossil-fuel vehicles across the world.

The US car giant said on Wednesday that it was going “all in” on electric vehicles and would invest $1bn (£720m) converting a vehicle assembly plant in Cologne, Germany, to become its first electric vehicle facility in Europe. It said the first all-electric cars would start rolling off the production line there in 2023.

Ford promised that all of its passenger cars in Europe would be “zero-emissions capable all-electric or plug-in hybrid” by mid-2026, before ramping up its ambitions to be “completely all-electric by 2030”. 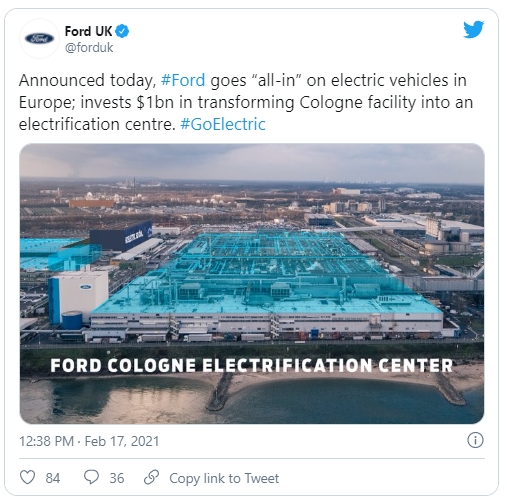 “We are charging into an all-electric future in Europe with expressive new vehicles and a world-class connected customer experience,” Stuart Rowley, the head of Ford’s European operations, said. “Our announcement today to transform our Cologne facility, the home of our operations in Germany for 90 years, is one of the most significant Ford has made in over a generation.

“It underlines our commitment to Europe and a modern future with electric vehicles at the heart of our strategy for growth.”

The carmaker, which returned to profit in Europe last year, has formed an alliance with Volkswagen to use its modular electric drive electric vehicle platform to build some models. The Cologne facility will use the VW platform.

This month Ford said it was “doubling down” on electric vehicles (EVs) and would invest at least $22bn in electrification by 2025, nearly twice the company’s previous EV ambitions.

This week Jaguar Land Rover, the UK-based carmaker owned by India’s Tata Motors, said its luxury Jaguar brand cars would be electric-only by 2025 and it would abandon petrol vehicles entirely in the middle of the next decade.

Ford’s Detroit rival General Motors aims to have an entirely zero-emission lineup by 2035.

The plans come as car companies race to transform their business to meet strict CO2 emission targets set by governments across the world.

The UK has announced a ban on the sale of new cars and vans powered wholly by petrol and diesel from 2030.

It is part of Boris Johnson’s call for a “green industrial revolution” to tackle the climate crisis and create new jobs in future technologies. The UK has set a target to be a net zero emissions economy by 2050.

Norway, which relies heavily on oil and gas revenues, aims to become the world’s first country to end the sale of fossil-fuel-powered cars, setting a 2025 deadline. Fully electric vehicles make up about 60% of monthly sales in Norway.