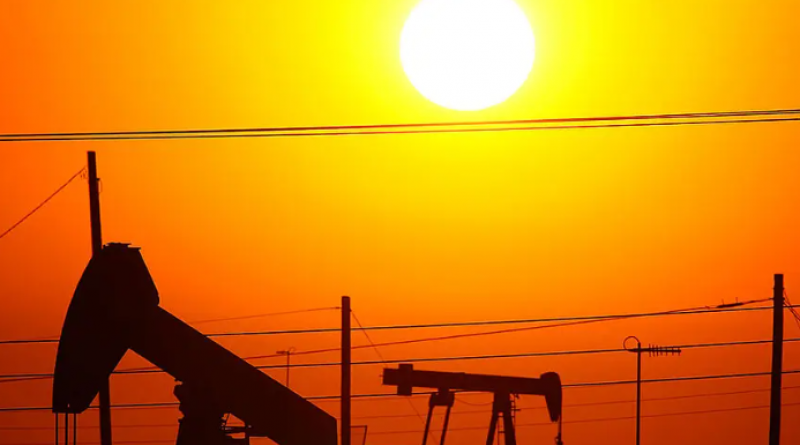 The fossil fuel industry has done a U-turn on carbon pricing as the Biden administration plows ahead with climate action including a review of federal oil and gas sales.

The American Petroleum Institute (API), the industry’s powerful lobbying group whose members include ExxonMobil and Chevron, endorsed putting a federal price on carbon dioxide emissions on Thursday. The oil and gas industry, directly and indirectly, accounts for 42 per cent of global emissions driving the climate crisis.

API also called for fast-tracking commercial deployment of long-sought technology for carbon capture and storage, and advancing hydrogen technology. And the lobby group was also now advocating for federal regulation of methane emissions from new and existing oil and gas wells, after strongly resisting such regulations when proposed by the Obama administration.

“As our industry accelerates efforts to advance groundbreaking technologies, reduce emissions and drive transparent and consistent climate reporting, we urge lawmakers to support market-based policies that foster innovation, including carbon pricing,” he said in a statement.

But oil and gas’s new stance on carbon pricing was given short shrift by environmental groups and Republicans alike.

“The American Petroleum Institute and fossil fuel executives have knowingly lied and deceived the public about the devastating impacts that burning coal, oil, and gas has on our climate for decades. Now at the 11th hour, while our communities reel from climate impact after climate impact, they are endorsing a false solution. This is yet another greenwashing tactic wielded by the fossil fuel industry to distract from their disproportionate responsibility for the climate crisis,” she said.

API has not specified what price should be put on carbon. And a tax alone will not tackle the myriad environmental ills caused by drilling, Joshua Axelrod from Natural Resources Defense Council told AP, such as groundwater contamination from fracking or air pollution from oil refineries.

Louisiana Rep. Garret Graves, top Republican on a special House committee on climate change, said a carbon tax would increase the cost of everything from “food for our families to fuel for our cars,” while costing jobs.

“We need serious American solutions that are based on American innovation ... not a cop-out approach to appease the radical left,” Rep Graves said.

One indigenous leader described the environmental destruction cause by oil and gas projects on their lands, and how communities’ concerns have been brushed off by the federal government in the past.

“For far too long the people of the eastern Navajo agency have been living an environmentally racist horror show,” said Mario Atencio, from Dine C.A.R.E., a nonprofit organization on Navajo Nation land.

Newly-minted Interior Secretary Deb Haaland is leading the months-long review which could lead to a long-term ban on federal leases or other steps to discourage drilling and reduce emissions.

Federal lands provide about 10 per cent of US oil and gas supply but contribute nearly 25 per cent of the country’s greenhouse gas emissions.

Industry representatives and Republican lawmakers have blasted the suspensions and warned of job losses.

But Sec Haaland, America’s first Native American cabinet member, said it was time to “take a longer view” just as her ancestors from the Laguna Pueblo tribe did as they farmed the same land for centuries.

“In order to tackle the climate crisis and strengthen our nation’s economy, we must manage our lands and waters and resources, not just across fiscal years, but across generations,” she said.

The White House hosted a meeting earlier this week with Big Oil executives, where climate adviser Gina McCarthy “made clear that the administration is not fighting the oil and gas sector”.

President Biden has made the climate crisis a top priority of his administration. Among his actions have been to rejoin the Paris Agreement to cut global emissions, suspend oil and gas lease sales from federal lands and waters and cancel the controversial cross-border Keystone XL oil sands pipeline. He also postponed oil and gas lease sales in the Gulf of Mexico and western states and suspended leasing in Alaska’s Arctic National Wildlife Refuge.

Despite the moratorium on new fossil fuel leases, the Biden administration has continued to issue permits for existing leases, including more than 200 in March, records show. While environmentalists have called for a complete halt, doing so could raise legal battles with companies who have spent millions to secure those leases.

On the campaign trail, Mr Biden said he supported “an enforcement mechanism” targeting carbon pollution, while the White House has left open use of a carbon tax to help lower US emissions.

At his first press conference as president on Thursday, Mr Biden pitched an emerging $3 trillion proposal to upgrade the country’s infrastructure and other needs as an opportunity to create new jobs without adding to the climate crisis.

“We have over 100,000 (oil and gas) wells that are not capped, leaking methane. We can put as many pipe-fitters and miners to work capping those wells at the same price that they would charge to dig those wells,” he said.

AP contributed to this report

Carbon Pricing: Where are We Going?