Fukushima powers up one of world's biggest hydrogen plants. 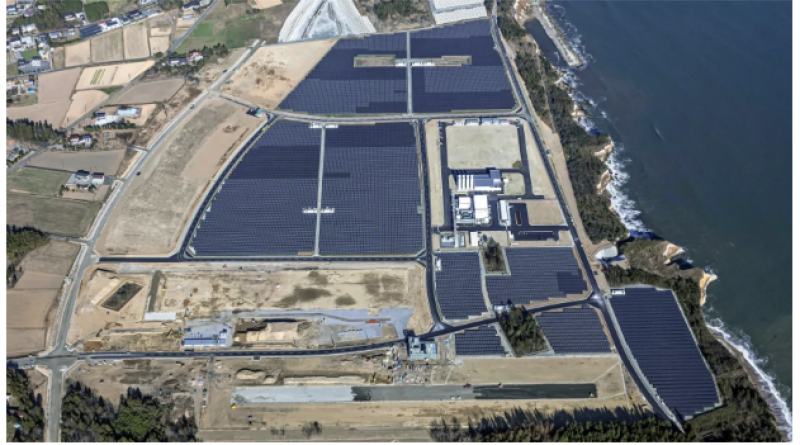 Olympic torch relay will burn fuel made at solar-powered facility.

TOKYO -- One of the world's largest facilities for producing clean-burning hydrogen marked its opening on Saturday, in a demonstration of northeastern Japan's revival from the devastating 2011 earthquake and tsunami.

For Abe's government, the effort's tie-in with the Olympic Games offers a high-profile chance to counter criticism of foot-dragging in the fight against climate change. Japan has taken heat for its reliance on coal-fired plants and its funding of them overseas.

"Hydrogen can be produced in other countries with lower renewable energy costs and shipped to Japan," said Iwatani executive Manabu Tsuyoshi.

The country still faces higher generation costs for renewable energy than for thermal or nuclear power.

The facility makes hydrogen by decomposing water, using electricity generated from its solar power plant. It contains a total of 20 megawatt capacity of solar panels in an area of 180,000 sq. kilometers in Fukushima Prefecture.

Hydrogen is considered to be the ultimate zero-emission fuel. Hydrogen made at the plant in Namie will be carried by tanker trucks to consumption areas such as Tokyo.

Produced hydrogen will be first used as fuel during the Olympic-torch relay, starting from March 26, as well as in fuel cell vehicles that will carry Olympians and staff to the Games. The Mirai vehicles, made by Toyota Motor, are said to travel 30% farther compared with the automaker's conventional fuel cell vehicles when consuming the same amount of hydrogen.

During the Games, hydrogen will also be used as electric power generation at lodging and rest areas in the Olympic Villages.