Global Climate Action Presents a Blueprint for a 1.5-Degree World. 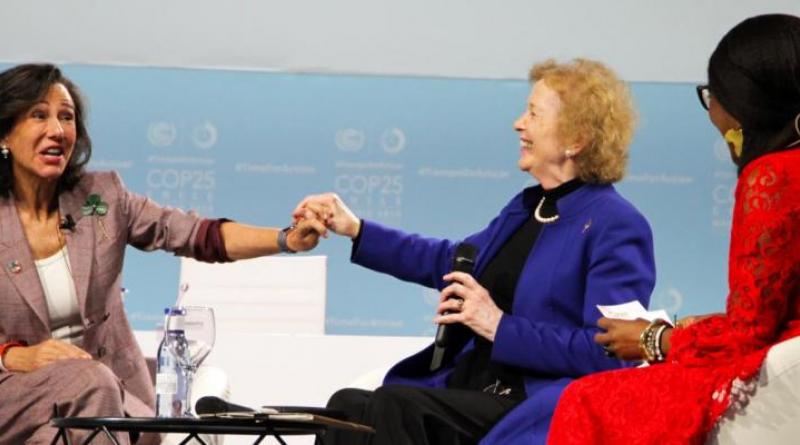 At the UN Climate Change Conference (COP25) in Madrid, Global Climate Action brought together leaders from across sectors and borders for a lively series of events,  which were given concrete definition with the publication of the Climate Action Pathways.

Under the leadership of the High-Level Champions, the eight Climate Action Pathways outline the longer-term vision for a 1.5-degree climate-resilient world, setting out the transformational actions and milestones required under the thematic and cross-cutting areas of Global Climate Action’s Marrakech Partnership.

She then invited United Nations Secretary-General, António Guterres, to give opening remarks, who used the opportunity to launch his report on the 2019 Climate Action Summit. Afterwards, the Secretary-General engaged in a conversation with Italian astronaut, Luca Parmitano – live from the International Space Station – who painted a vivid picture of how climate change is affecting the earth.

As the event drew to a close, Chile’s High-Level Climate Champion, Gonzalo Muñoz, spoke of the achievements of Global Climate Action and announced a renewed Climate Ambition Alliance, which now recognizes 73 countries committed to net zero emissions by 2050, as well as a further 1,214 actors (regions, cities, businesses, investors) who have pledged the same goal. Concluding remarks were provided by COP26 President-Designate, Claire Perry O’Neill, who commended Chile’s leadership in launching the Alliance and emphasized the UK’s determination to collaborate on this work in 2020.

During the event, many countries offered encouraging statements of support for the work of Global Climate Action since 2015 and for the continuation of its work post-2020.

But Global Climate Action’s nine-day schedule of events was far broader than just the high-level event. It kicked-off on 3 December with the unveiling of the Action Hub, which welcomed some 3,800 participants over the course of 65 events.

A standout moment of the Global Climate Action programme was undoubtedly the prestigious UN Global Climate Action Awards. Fifteen game-changing initiatives from more than twenty countries were celebrated, showcasing some of the most practical, scalable and replicable examples of what people across the globe are doing to tackle climate change.

The award-winning projects of 2019 range from an in-app mini-programme that’s helped plant 122 million trees, to a ‘climate positive’ burger that’s taking the fast food industry by storm. Other projects include a women-led project that generates clean energy from the ocean, and Québec’s international climate finance programme, which is uniquely funded by the province’s own carbon market.

In addition to the events outlined above, Global Climate Action gave stage time to Climate Neutral Now, the Fashion Charter for Climate Action, and the thematic areas of the Marrakech Partnership.

Overall, Global Climate Action at COP25 went beyond talk and future pledges: It highlighted what progress has already been accomplished via its annual report – the Yearbook of climate action 2019 – and also a mass upload of new data to the Global Climate Action portal. The platform now boasts over 17,000 actors representing nearly 25,000 actions and also houses landmark announcements that were made at the conference on a dedicated COP25 action page.

Other ‘headline’ events from the Global Climate Action programme at COP25 include:

About Global Climate Action at COP25

All of the above events were webcast live during the conference and are available on-demand (and downloadable) from the UN Climate Change webcast page.

For the Global Climate Action Awards, see the list of winners here.

Women-led climate solutions to be honored at COP25 .