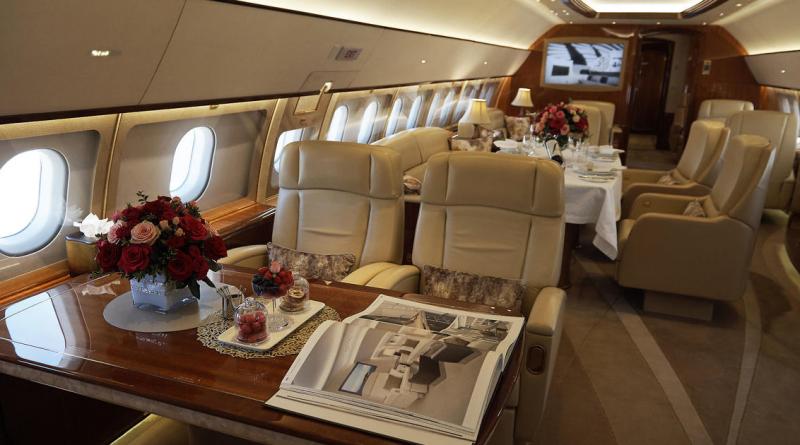 This year's economic shutdowns have done little to reduce the world's carbon emissions. While pollution has dipped, greenhouse gases keep accumulating in the atmosphere, locking in future decades of climate disruption and extreme weather. A recent United Nations report says the so-called emissions gap — the "difference between where we are likely to be and where we need to be" on climate policy — is as big as ever.

As for who's chiefly responsible for the gap, it's the global rich, the report says. Just 10% of the world's population emits nearly half of the world's carbon pollution. The top 1% of income earners around the world, a group that includes 70 million people, account for 15% of emissions — more than the 3.5 billion people in the bottom 50%.

The upshot: When it comes to cutting their emissions, "The richest 1% would need to reduce their current emissions by at least a factor of 30, while per capita emissions of the poorest 50% could increase by around three times their current levels on average," the U.N. says. That translates into a reduction of 97% in carbon emissions for the wealthiest people. 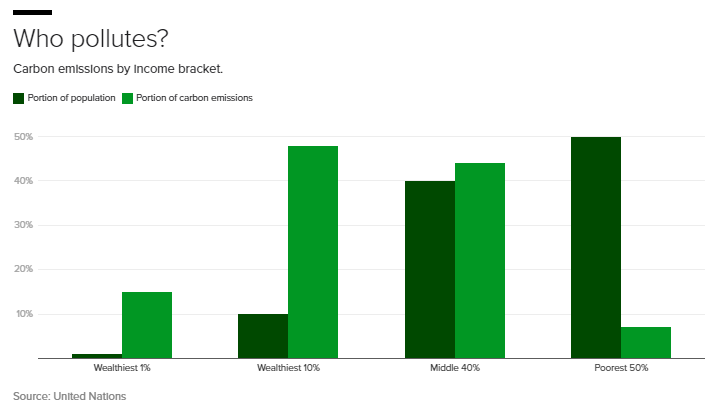 Researchers have long known that carbon emissions are closely tied to income. "Higher income per capita means higher emissions per capita, most of the time," said Justin Caron, an environmental economist and professor at HEC Montreal, the University of Montreal's business school.

"It's not true of other pollutants," he added. "Rich countries tend to be cleaner on other things, have cleaner water and air, but that's not true for CO2."

That's partly because wealthier people consume more: They buy more goods, own more cars, have larger houses that take more energy to heat and cool. Carbon emissions are effectively embedded across much of the global economy, so consuming in general is akin to polluting.

But some particularly polluting activities remain the province of the global rich. At the top of the list: international air travel, which, if it were a country, would be the eighth-largest emitter in the world.

While flying has become more democratized in recent years, "Aviation remains the preserve of high-income earners," the UN said. A study last month in the journal Global Environmental Change found that just 2% to 4% of the world's inhabitants boarded an international flight in 2018, and half of all emissions from commercial flights come from 1% of the world's population. (That's not accounting for private flights, which are even more intensely polluting.)

"Per capita emissions are one more manifestation of the tremendous inequality that's a fact of life in our society that we need to address," said Taryn Fransen, a senior fellow with the Global Climate Program at the World Resources Institute.

Inequality is also a fact of life within the wealthiest countries that pollute the most. (Nearly 80% of global emissions came from the member states of the G20, the UN said.) For instance, a household in the U.S. that makes more than $150,000 has a carbon footprint four times the size of a household that makes just $9,000. 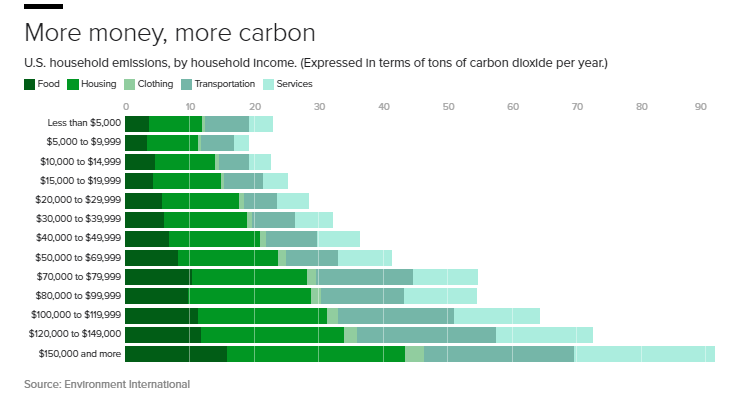 Eat the Rich, Save the Planet.