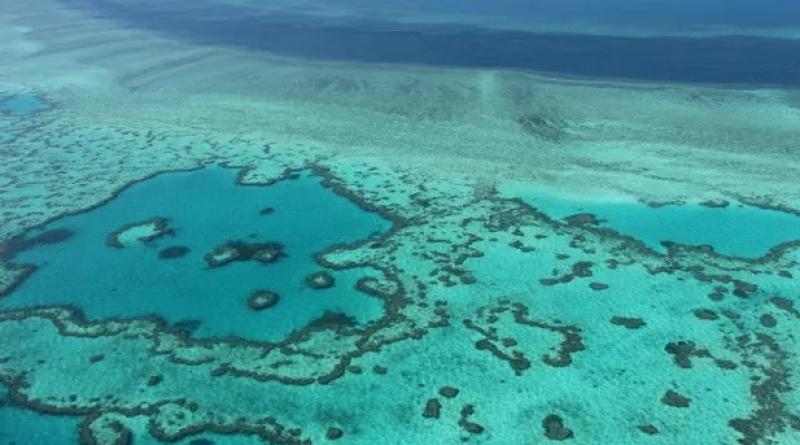 Corals across large parts of the Great Barrier Reef could be hit by mass bleaching for the fourth time in just seven years by the end of January, according to a forecast from a United States government agency.

Reef scientists are hoping that favourable weather, including cloud cover and rain or a cyclone, could yet cool corals and stave off the threat.

The US National Oceanic and Atmospheric Administration’s (Noaa) forecast shows heat accumulating in northern and central parts of the reef will be high enough for corals to start bleaching by late January.

Forecasting from the Bureau of Meteorology also shows heat building over the world-heritage-listed reef in January.

He said: “The situation at the moment is not what we want, but in a world with a changed climate it’s not surprising.”

He said neither the Noaa or BoM forecasts were able to predict cyclones which can quickly lower temperatures. “I wish for cloud and rain,” he said.

Australia’s cyclone season is considered to run from November to April and the eastern side of the country, including the reef, gets an average of four cyclones per year.

The Bureau of Meteorology says there is only a slight chance of more than the average number of cyclones this current season.

A spokesperson said the bureau’s ocean outlook “is indicating increased thermal stress on the Great Barrier Reef for the remainder of the year and January 2022, reducing in February”.

According to Noaa’s forecast, delivered through its Coral Reef Watch service, by the third week of January sections of the reef from just south of Airlie Beach to the tip of Cape York – a distance of about 1,300 kilometres – will likely be bleaching.

By mid-February, the forecast shows large areas from Cairns upwards would be at “Alert Level 2” – the highest level of heat stress where coral mortality is considered likely.

Australia’s climate is currently under the influence of a La Niña weather pattern and Wachenfeld said this would typically deliver more cloud and rain to the reef’s waters.

“But we have just not seen that yet this summer. We’re hoping those typical La Niña conditions will kick in. The weather events over the next few weeks are critical.”

Coral bleaching is a stress reaction from excess heat. The process sees corals separate from a special algae that gives them their colour and much of their nutrients.

Corals can recover from less severe bleaching, but studies suggest those that do survive are weakened.

Although 2020 was the most widespread bleaching on record, Wachenfeld said the heat levels were not as intense as previous events and so with low levels of coral mortality, the reef had been given several years to recover.

The Australian Institute of Marine Science’s latest reef condition report showed 2021 was a “low disturbance year” with a rise in the amount of corals. But this increase in coral cover was dominated by weaker fast-growing species prone to bleaching.

Prof Peter Mumby, of the University of Queensland, said the reef was in a critical period for recovery, but he was concerned by the Noaa forecast “particularly because they tend to be quite conservative”.

“Everyone is feeling a bit depressed at the prospect of another bleaching event,” he said.

Dr Selina Ward, the academic director of the University of Queensland’s Heron Island research station, said: “I’m always worried when I see temperatures go up and stay up.

“This Noaa forecast suggests we’re likely to have a bleaching event and it would come earlier in the summer than we would expect.”

The Great Barrier Reef has seen five mass bleaching events – 1998, 2002, 2016, 2017 and 2020 – all caused by rising ocean temperatures driven by global heating. One study led by Hughes in November found only 2% of individual reefs along the 2,300 kilometre system had escaped bleaching since 1998.

Hughes said the Noaa forecast was unusual in that it was predicting an early onset of bleaching concentrated in the north. But he said the forecast was also suggesting a rapid reduction in heat in early March which would help corals survive.

But he said historically an El Niño weather pattern – the hotter and drier alternative to La Niña – would trigger bleaching.

“It’s scary that we no longer need an El Niño to trigger a mass bleaching event – we just need another heatwave, driven by global heating.

“Across the tropics, average sea temperatures today during La Niña periods are hotter than they used to be during El Niños 30 years ago.”

He said the Bureau of Meteorology’s forecast was “more benign” than Noaa’s, but temperatures across the reef had been about a degree above average for the past month.

“With La Niña conditions building, we hope that the reef will dodge the bullet for another year,” he said.

He said if northern parts of the reef did bleach again this summer, young corals that have started to grow in recent years would be at risk.

Prof Tom Bridge, an ecologist and reef scientist at the Museum of Tropical Queensland, said the Noaa forecasts did not make him any more or less worried about the prospect of bleaching as any other year.

“It’s now hotter every year,” he said. “Every summer now we are running this gauntlet where bleaching is dependent on the vagaries of the weather like rains and cyclones and heatwaves.”

Research last month suggested parts of the reef would be hit with temperatures high enough to kill corals five years per decade by the middle of this century if global heating was kept below 2C.

Science advisers at Unesco have said earlier this year the reef should be placed on a list of world heritage sites “in danger” but fierce lobbying from the Morrison government has delayed a decision until at least June next year.

Coral reefs are considered one of the most susceptible ecosystems to the climate crisis.

The Morrison government has been asked to send a progress report to Unesco by February next year.

Unesco is yet to schedule a monitoring mission to the reef, expected in the first half of next year.

On Friday, lawyers representing three young Queenslanders wrote to the 21-country world heritage committee, urging it to place the reef on the “in danger” list when it next meets in June in Russia.