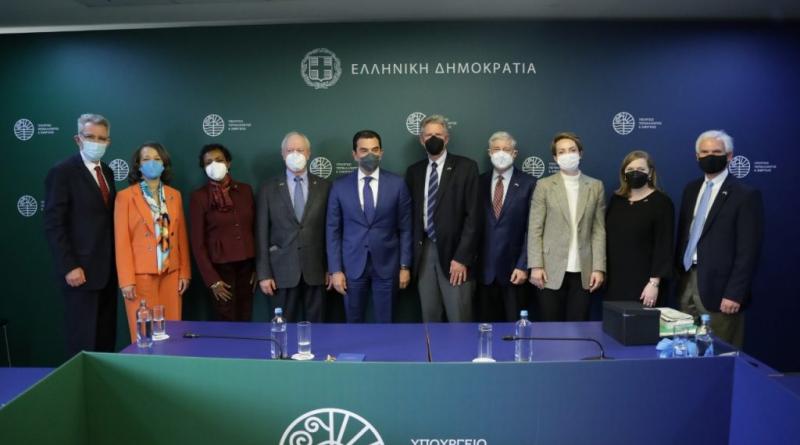 Greece has doubled its 2030 target for energy storage deployment to 3GW as it aims for a renewable electricity generation proportion of 70%.

The country’s Minister of the Environment and Energy Kostas Skrekas announced the plans at a meeting with US politicians on Tuesday last week (19 April), according to the Ministry’s official website.

The target for ‘electricity storage’ is double the 1.5GW outlined in an existing national plan, reports Insider.gr, and will accompany a renewable energy capacity of over 20GW by the 2030 deadline according to the Ministry.

Skrekas said that Russia’s illegal invasion of Ukraine would accelerate the green transition, as Europe seeks to wean itself off its fossil fuels, as would the falling price of renewable energy.

Insider reported that Greece already has a renewable energy capacity of 10.1GW at the end of 2020, so the 2030 target amounts to a doubling of that figure.

The storage projects will be supported by money from the post-Covid National Recovery and Resilience Plan, majority funded by the European Union, totalling €450 million (US$480 million) of which €200 million will be for battery-based projects.

In August last year, consultancy Clean Horizon’s head of market analysis Corentin Baschet told Energy-storage.news shortly that the €200 million would fund a 700MW tender for energy storage announced in June. He said Greece had all the drivers to become an important European market for lithium-ion-based energy storage in the coming years.

That tender may now have increased in size, with Insider reporting that regulatory steps and discussions with the EU have taken place and a tender totalling 800-900MW of storage could launch this coming September.

Premier: Greece could shutter coal-fired plants as early as 2025

Op - Investing in fossil fuels amidst an energy price shock: the case of Greece